BuzzFeed was able to get writer-director Joss Whedon to sort of expand on his comments from his interview with Digital Spy, where he voiced distain for Hollywood’s handling of the female superhero genre.

Yes, and not expecting it to get any traction, honestly. That’s something that [Marvel Studios chief] Kevin [Feige] has been working on for a while. And I obviously was a cheerleader, but he had to get all the ducks in a row and get all the minds in agreement. I think being a part of Disney maybe makes it easier, because they’re open to it. And Marvel now is in a position to shake up its own paradigm, because it’s got such a success record.

Honestly, you know, Guardians [of the Galaxy] might have helped it, just because that was outside what was considered to be their box and did so well that— Well, let’s put it this way: If a raccoon can carry a movie, then they believe maybe even a woman can.

They then directly ask him if he’d be willing to make Captain Marvel. 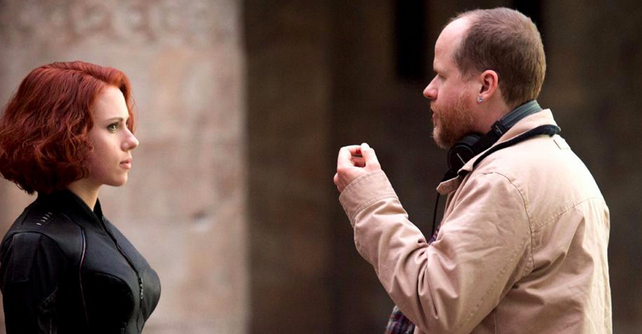 Um, I would never rule anything out, because I like working here. By the same token, the biggest thing for me is that I need to do something that I create myself. It’s been way too long since I created a universe. The last thing I did before The Avengers was [directing an episode of] Glee, and in between I did Much Ado About Nothing. So I haven’t created my own universe for over five years. That feels wrong. You know, my own universe might be a book of haiku. I’m not necessarily saying I’ve got a grand scheme.

I will say that when I was thinking about, Well, if I wasn’t going to do Avengers 2, what would I want to do? — of course the first thing I thought of was “turn-of-the-century female Batman.” Not Batman actually. But, you know, something cool. One person. Can’t stress that enough. Movie about one person — not a team, not 10, just one. But [I would] do a nice sort of hard action movie that combined all my favorite things. Something that would be the love child of Sam Fuller and Edward Gorey. You know, I’ve had many thoughts since then. Oh, I could do this! Oh, I could do that! But it is my instinct to want to tell those stories.

Captain Marvel I don’t know as well. There have been a few [versions] of her. I have the first issue of Ms. Marvel, back when she was that, and had the Farrah hair. My only issue with her is that she always felt sort of on top. She was very driven. A winner. I always like to dig into the soil of things to find my heroes, if I can.

This is actually the first time we’ve heard Joss talk about making a turn-of-the-century female Batman film. We know he tried to get Warner Bros. to make his Wonder Woman adaptation, maybe they’ll warm-up to this idea now that they know he’s open to developing new superhero projects. 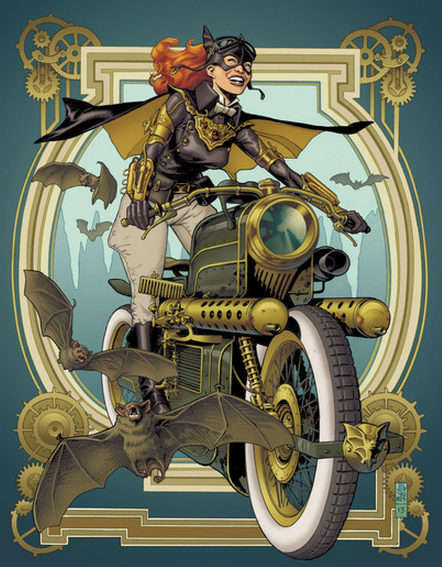 I mean, what studio in their right mind would reject a superhero film project from Joss after The Avengers?

Plus, this isn’t the first time DC Comics has played with timelines with their heroes.