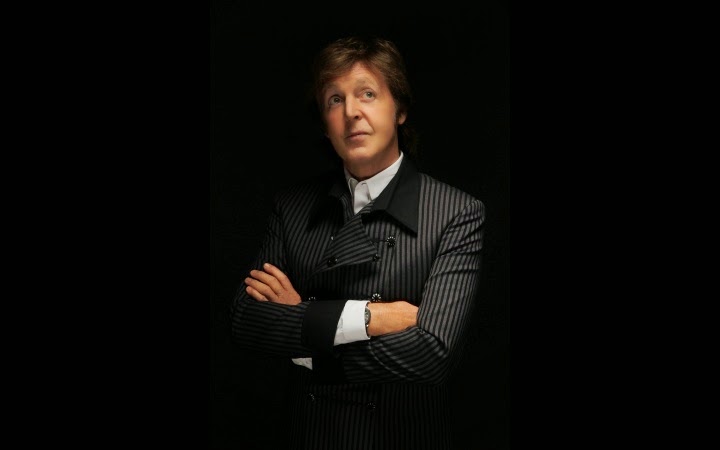 On February 10, 2012, Sir Paul McCartney was honored as the 2012 MusiCares® Person of the Year. At a gala event in Los Angeles, Paul and a cast of superstar guests performed some of the quintessential songs from his renowned and celebrated career. On March 24, 2015, Shout! Factory will release A MusiCares Tribute to Paul McCartney, a collection of these never-before-seen performances on DVD and Blu-ray. Fans can pre-order their copy by visiting ShoutFactory.com or Amazon.com.

The 15 exclusive performances featured on A MusiCares Tribute to Paul McCartney include exceptional solo performances by McCartney of “Magical Mystery Tour,” “Junior’s Farm,” and “My Valentine,” a riveting medley of “Golden Slumbers,” “Carry That Weight,” and “The End” by McCartney (with Dave Grohl and Joe Walsh joining the performance of “The End”), and incredible performances by a slate of all-star artists including Alicia Keys, Coldplay, Norah Jones, Neil Young with Crazy Horse, Alison Krauss & Union Station featuring Jerry Douglas, James Taylor, Diana Krall, Duane Eddy, Sergio Mendes, and The Beatles “Love” cast.

Proceeds from the sale of A MusiCares Tribute to Paul McCartney will provide essential support for MusiCares, which ensures that music people have a place to turn in times of financial, medical and personal need. 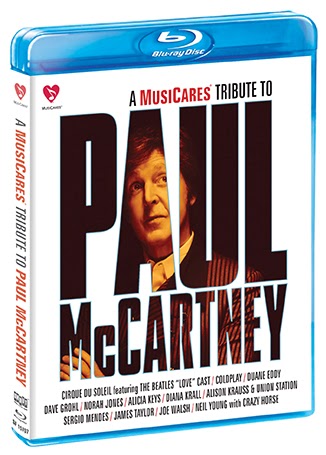 Paul McCartney was born in Liverpool on 18th June 1942. He was raised in the city and educated at the Liverpool Institute. Since writing his first song at the age of 14, Paul McCartney has dreamed and dared to be different. In the sixties, as the writer and co-author of their greatest songs, he changed the world of music with The Beatles. Their legendary albums include Please Please Me, Revolver, Help!, Sgt. Pepper’s Lonely Hearts Club Band and The White Album.


Equally renowned as a live performer as he is a songwriter, Paul McCartney is an 18-time GRAMMY® winner. He has continued to push boundaries over the last 30 years, first as a solo artist, then with Wings, and following that as a solo artist again, with recent highlights including 2007’s Memory Almost Full and 2013’s New.

A freeman of The City of Liverpool and Lead Patron of The Liverpool Institute of Performing Arts, Paul McCartney was appointed Fellow of The Royal College of Music in 1995 by The Prince Of Wales. In 1996 Paul McCartney was knighted by H.M. The Queen for his services to music. Paul McCartney is also committed to a number of charities including PETA, LIPA, One Voice, The Vegetarian Society, Nordoff Robbins and Adopt-A-Mine-Field.