As of October 3, 2014, the decade-long tradition of the Saturday morning cartoon block died in its sleep after a long illness.

The battle against advertisers, NASCAR, reality television and golf took its toll on the one-time popular event, who has been suffering in silence since the late ‘90s.

It leaves behind an entire generation of child-like adults who yen for a just one more bowl of cereal in their jammies.

But alas, its is the sugar-coated memories of wonderful animated gems such as The Smurfs, The Littles, The Laff-A-Lympics and The Wacky Races that keep the awful, often repressed memories of the horrid cartoons at bay. The one-year wonders that held on to time-slots right before beloved favorites in an effort to build an audience.

And this is where Filmation comes in.

Granted, Filmation is responsible for many of Gen X’s fondest morning memories. Items such as The Archies, Fat Albert and the Cosby Kids, and The Batman/Superman Hour were all part of what made Saturday morning so special. 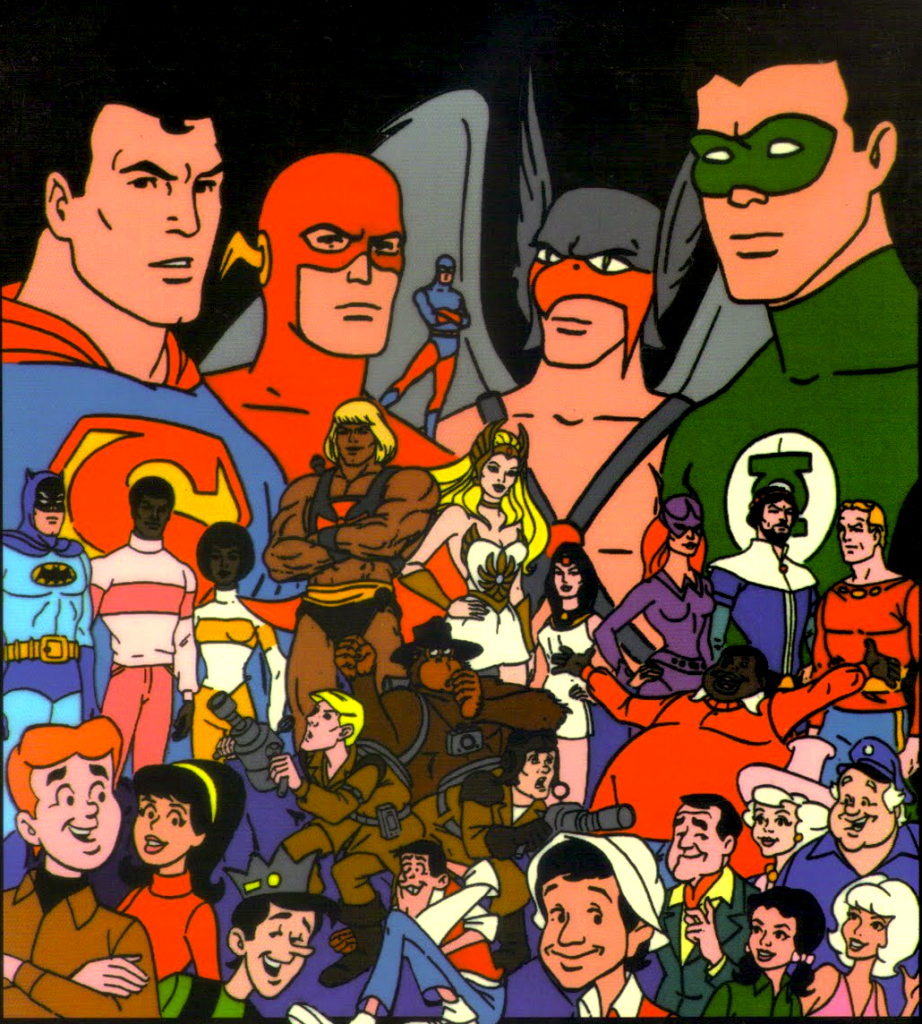 Despite its heavy use of repeated animation loops rotoscoped over blurry backgrounds, there was a charm to Filmation cartoons. Things like the weird and out-of-place laugh track and the need to make every friend group into a band was seen as charming at the time.

Thus, shows such as The Brady Kids, The Sabrina the Teenage Witch Show and the beloved Groovie Goolies might have been corny, but they perfectly encapsulated the era and were thoroughly entertaining to most knee-biters. 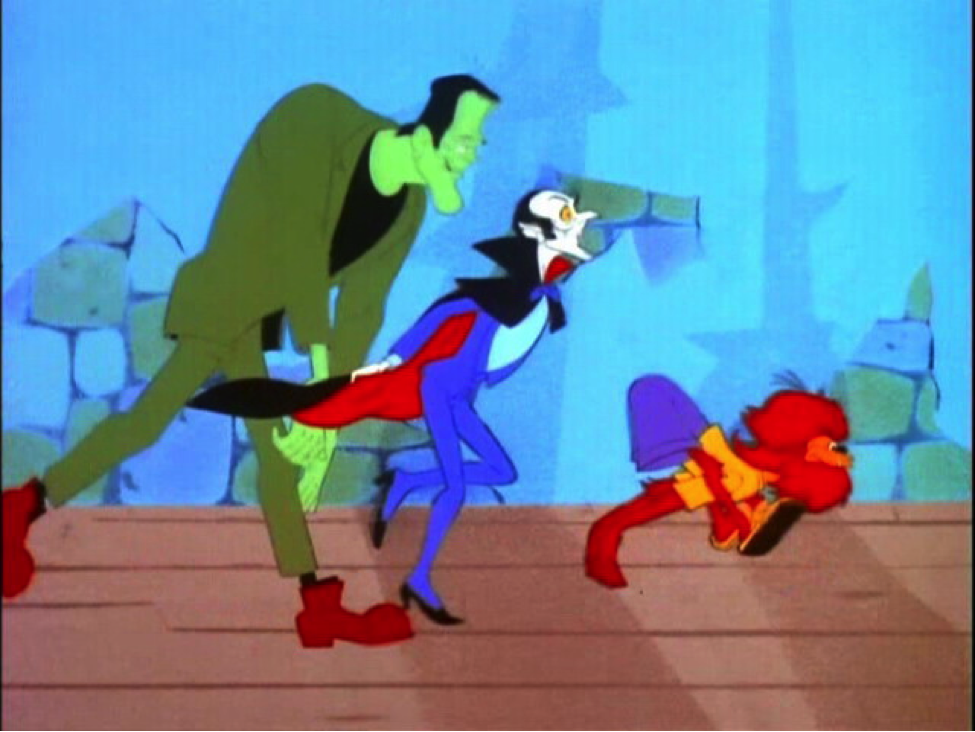 That being said, not every cartoon produced by this mini-animation empire was good. In fact, the good ones were few and far inbetween.

Since Filmation didn’t have the budget to compete with Warner Bros., only a handful of their toons are ever fondly remembers. Filling a half hour with ten minutes of “the characters are walking in a group” scenes can only go so far. So, among the few that are remembered fondly, there are dozens that are forgotten. And rightfully so.

And holy hell in a handmade handbasket, some of these clunkers were a few of the most awful cartoons ever conceived.

Will The Real Jerry Lewis Please Sit Down (1970)

Laugh In was a very important show to the higher powers at Filmation. For these cartoon creators, there was not greater inspiration for their heavy-handed tooning efforts than the canned-laughter style of the ‘60s variety show. Also, they didn’t sue. So that helped.

Featuring many of the annoying characters made famous by The Day the Clown Cried director, the show is most noted for the horribly racist Asian stereotype of Hong Kong Klewis and his obese offspring, One Ton Son.

For a while, many of Filmation’s cartoons were based on this simple equation:

Thus, we have Gilligan’s Planet, a spin-off show from The New Adventures of Gilligan, a toon that not only aired twelve years prior to Planet, but itself was a low-rent animated version of a former primetime hit from the previous decade.

Basically, Filmation was betting the farm that kids were so enthralled by the constant reruns of the ‘60s staple they would tune in for more adventures. But in space. 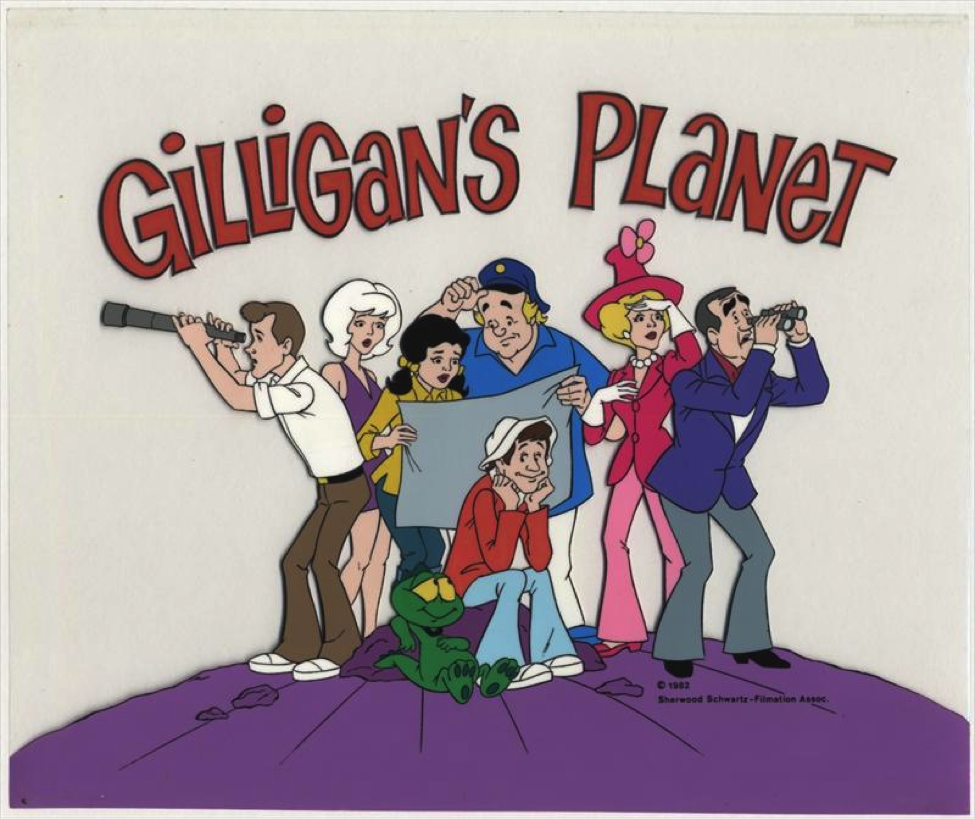 In the show, the Professor built a spaceship from indigenous plants on the island in an effort to head home, but as luck would have it, they crashed on a funky-colored planet that could sustain life. So, they are still stranded, but now have aliens to contend with.

The Professor, who couldn’t figure out how to use wood to fix a boat, was able to achieve warp speed using coconut milk and seawater.

Despite the change of scene, kids were not falling for it. The show only lasted a year, but did receive a little love when it was mixed into cartoon samplings featured on the Groovie Goolies along with M*U*S*H* (the all-dog version of M*A*S*H) and The Secret Lives of Waldo Kitty (aka The New Adventures of Waldo Kitty.)

An animal parody of The Secret Life of Walter Mitty, little Waldo would escape the trials and tribulations of real life thanks to an active imagination.

This live action/animation hybrid essentially only had one plot: Live-action kitty Waldo would be bullied by bulldog Tyrone, he would use his imagination be pretend to be a famous hero in the animated segment, and then snap out of it and use the lessons he learned from his own shenanigans to teach Tyrone a lesson. 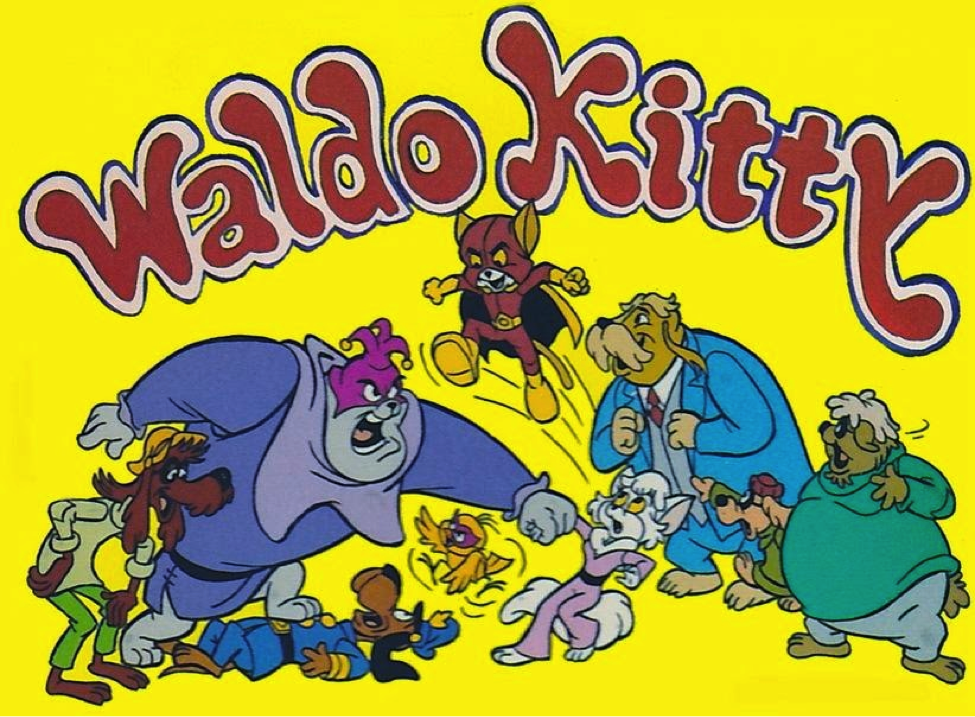 However, despite this gripping premise, the show came to an end thanks to the top-notch exec deck over at Filmation, who never heard of things like “copyright infringement” or “stealing.” Thus, the estate James Thurber came down upon them, teaching them the error of their ways with nary the use of an animated cat dressed like Tarzan.

You have to worry about any cartoon whose entire being is based on an attempt to trick its audience into thinking it is watching different cartoon.

To be fair, this Filmation laffer was based on its own live-action show, which pre-dated the 1984 megahit movie of the same name. So, yes. This Ghostbusters was first. It was based on a property that came before that other Ghostbusters that everyone saw and loved.

So, there were two Ghostbuster-themed cartoons that were airing during this time. And because Filmation had the right to use the Ghostbusters title, the animated show based on the actual movie had to rename themselves, The REAL Ghostbusters. which turned out to be quite helpful.

Clearly, Filmation was banking on the stupidity of children who could not tell the difference between an animated Bill Murray and a gorilla when they launched this animated abortion.

Armed with this business model, they but as much thought into their cartoon as their did in respecting their pint-size audience.