Jane Goldman is working on a draft as we speak. Nik Arcel is attached [to direct]. He did a draft, and now he’s supervising Jane, who’s doing a draft. Hoping that it’ll come in and we’ll be able to move to the next stage. All these things always take longer than you want. And “Fables” is not easy, by any means, but I think it’ll be pretty great.

You might remember Arcel had been in the mix to direct Marvel’s Doctor Strange but the gig went to Scott Derrickson instead. This is the first time he’ll be working with Goldman.

The prolific screenwriter’s credits include Kick-Ass, Kingsman: The Secret Service, The Woman In Black, X-Men First Class, X-Men Days of Future Past, and The Debut.

Her work on Stardust easily stands outs as a strong reason why her involvement could greatly help the fairy tale inspired film.

Warner Bros. originally attempted to have the comic book film adaption made by the Jim Henson Company back in 2004 but it didn’t get to the writing stage.

I’m curious if we’ll see the Henson Company getting involved like they did with Spike Jonze’s Where The Wild Things Are.

Relocating to Earth, the likes of King Cole, Snow White, Cinderella and the rest have, over the years, settled into their own secret community in New York, which they informally call Fabletown, hidden among us normal folk (unless they look like monsters or weird creatures, in which case they live at ‘the Farm’). Cole claims to run the place, but Snow White is the power behind the throne, sick of people bringing up her dwarf-filled history and long since divorced from Prince Charming (who, in a fun touch, went on to marry and lose both Cinders and Sleeping Beauty in turn). 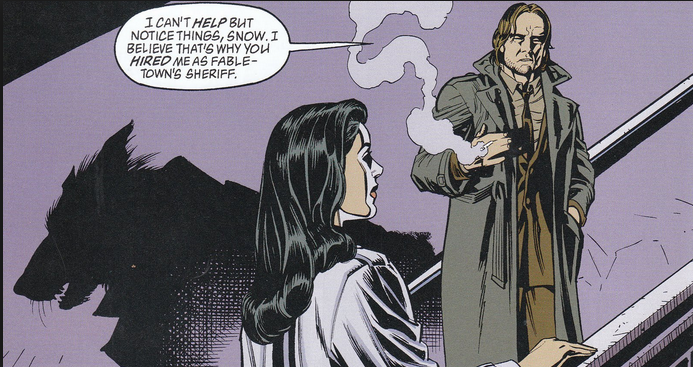 Here’s a bit of a rundown of Jane’s upcoming projects or ones she could involved with in the future. 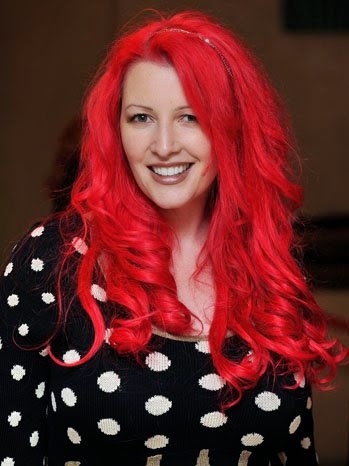 Jane is working on two Tim Burton projects with Miss Peregrine’s Home for Peculiar Children and Pinocchio, writing/rewriting those scripts. It seems that Goldman has a real knack for genre and fantasy material.

Based on the book by Ransom Riggs, Miss Peregrine involves a child finding an abandoned school for children with supernatural powers who may not have actually vacated the premises.

Robert Downey, Jr. was attached to play the role of Gepetto in Burton’s Pinocchio.

Interesting to note that in first trailer for Avengers: Age of Ultron the famous song “I Got No Strings” from the Disney film is playing in the background. Ultron, seemingly comparing himself to Pinocchio and Stark possibly the Gepetto in that comparison.

She penned Warner Bros’ adaptation of Nate Simpson’s Nonplayer where a young woman who escapes from her drab life into an online fantasy world.

Another project sees her adapting another macabre novel similar to her work on The Woman In Black. Set in Victorian London, Dan Leno and The Limehouse Golem focuses on a Jack The Ripper-style serial killer case woven into the story of a star in vaudeville.

Painless director Juan Carlos Medina is attached for the film which could be extremely dark and chilling.

Goldman is a frequent collaborator with writer-director Matthew Vaughn. The two could end-up working together on adapting comic book films such as Superior, Turf, Golden Age and film adaptations together. Her husband Jonathan Ross wrote the the last two comics mentioned.

Mark Millar’s Superior is a bit of hybrid of Superman meets Shazam, with a young boy given the abilities of his favorite superhero only to find-out he also has brought his destructive alien nemesis to life as well. There is some speculation the film setup at Fox could be next for Vaughn but nothing has been made official.

Golden Age focuses on a group of retired elderly superheroes who have to team-up with their grandkids to save the parents.

Turf is a oddball genre comic focusing on gangsters, vampires and aliens squaring-off during the Prohibition era.

Turf begins in Prohibition-era New York as a vengeful gang war erupts between booze-smuggling mobsters and the blood thirsty Dragonmir Family. As an ancient prophecy unfolds amidst the maelstrom of violence, the entire city is up for grabs and it’s anyone’s guess who will come out on top. The only glimmer of hope is an unlikely alliance between tough guy Eddie Falco and a stranger from another world.

Bloodshot had been toted as one of Matthew Vaughn’s next projects but we haven’t had much updates since 2010.

The corpse of Angelo Mortalli has been reanimated and remade into the ultimate killing machine—an engine of destruction code named: Bloodshot. But, in the process, his memories were lost…and maybe his soul. His makers meant to use him as a weapon—an unstoppable assassin. But they made him too well. Too powerful to be contained, he breaks free and escapes.

Goldman hasn’t been officially announced for these four films, but where Matthew Vaughn goes his writing partner seems to follow. Considering the duo have worked together on Vaughn’s last five films including their script for X-Men Days of Future Past which ended-up getting directed by Bryan Singer.

Jane being announced for any of these film projects wouldn’t be shocking at the least.