Before we begin, let me preface this bald statement by saying that I understand that more than a few people will want to kill me for blaspheming the sacred trinity of The Breakfast Club, Pretty in Pink and Ferris Bueller’s Day Off and I completely understand, but before you hunt me down and pelt me with “I Love Jake Ryan” t-shirts, hear me out on this, because I think I can make you accept my argument here.

And if not, well, I will wholly welcome the onslaught of those t-shirts. 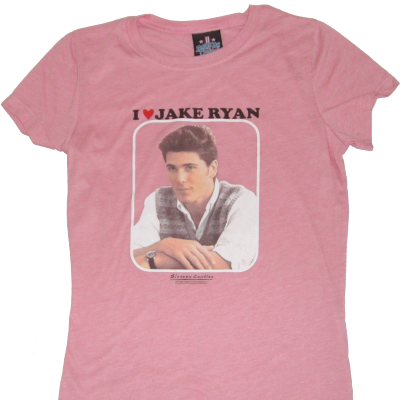 While not directed by the beloved John Hughes, Some Kind of Wonderful is a John Hughes movie from top to bottom. Hughes wrote the script and produced the movie (with director Howard Deutch of Pretty in Pink fame at the helm) and it has that Hughes feel that people in my age group (40-ish) require in order to thoroughly enjoy a teen flick. The characters are complex, the emotions are raw and filled with longing, and everyone is smarter than we were at that age.

But in SKOW, the dynamics of the Hughes storytelling gets shifted a bit, becoming far deeper than in his other movies.

In the most basic breakdown of the plot, SKOW is about a love triangle between Watts (the tomboy drummer girl with the shitty home life), her best friend Keith (the sensitive artist who has a crush on the popular girl and a dad who wants him to go to college) and Amanda (the aforementioned popular girl who lives in the poor part of town and has a crushing case of low self-esteem even though she is dating the Campus Big Shot).

On the surface you probably already know all the plot points of the film without ever having to see it: Boy gets Popular Girl through some sort of sensitive show of affection , fights the bad ass of the In-Crowd at a party, tells the best friend that even though she’s probably better for him in the long run romantically, he will always cherish their friendship, etc. etc. but you’d be wrong.

While the plot may read like a male version of Pretty in Pink, it isn’t. First, and foremost, the tone is bleaker and the characters are way more fucked up and complicated than any other teen Hughes ever created. 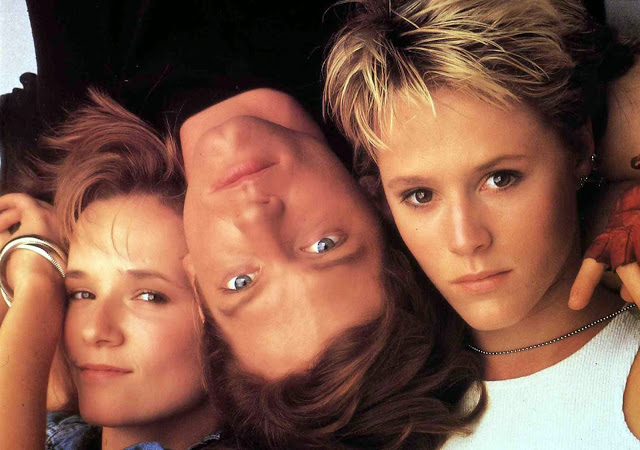 For instance, Watts (Mary Stuart Masterson) has absolutely no parental involvement in her life and even though that should have turned her into a movie stereotype (the slut or the overly depressed drug abuser) it didn’t, in fact, of all the characters in the film, Watts is easily the most worthy. Tough, strong, self-assured and yes, completely in love with her best friend, Watts is not only the intellectual center of the movie but also the one character who is willing to sacrifice the most (her heart) to support her friend’s happiness.

Specifically, Watts is a fully-developed chick who is emotionally ahead of the curve and knows exactly what she wants. 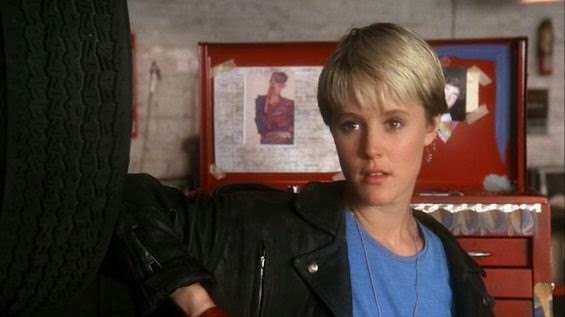 Unlike the characters of Andie (Molly Ringwald) in Pretty in Pink or Claire and Allison (Molly and Ally Sheedy) in Breakfast Club, Watts doesn’t give in to the pressures of her life, she doesn’t change who she is to please anyone else (Andie goes back to Blaine (Andrew McCarthy) even though Duckie (Jon Cryer) is her true love…we all knew it and so did the original script…and even though Claire might have shared a moment with John (Judd Nelson) in a closet and Allison got all prettied up for Andrew (Emilio Estevez) they was every indication that all of them would return back to their assigned social statuses even though emotional connections had been made). Basically, Watts simply doesn’t give a shit.

And for a girl on film that really is something special.

Case in point, Watts manipulating Keith (Eric Stoltz) into kissing her for “practice”:

If you were not impressed by that highly skillful seduction tactic, you have no soul.

And speaking of Keith, the boy inhabits the qualities that most guys (at least those who aren’t caught up in the politics of high school) have at that age: sweetness, a closeness to a best girl-friend that slips over into the love category more often than not, a willingness to be a hero when needed and an unabashed belief that life is completely open for them. Yeah, we know the type and when we were young girls, they were the ones that could break our hearts. 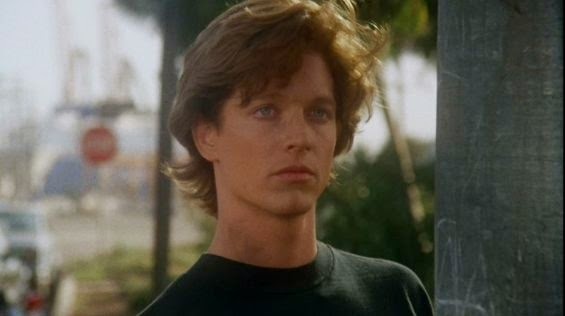 Keith may be one of the main character of SKOW, but he is a not a typical one. He has no real story arc (other than finally telling his dad that he won’t be attending college) and the only thing he learns at the end of the movie is something he was already aware of. His desires are fairly simple and, interestingly, easily obtainable: to date Amanda, to be an artist and to hang out with Watts for eternity. That’s it. And yes, he gets these things with very few obstacles involved. Call it being in the right place at the right time, but in terms of Teen Drama, he has very little of it and it is absolutely fascinating to watch, incredibly, and that fact lies in Eric Stoltz’s performance more than anything, bringing with it an ability to turn Keith into the kind of guy every dude wants to be and every girl wants to date (in the annals of boy crushes, Keith is right up there with Lloyd Dobler and Duckie).

While Keith and Watts don’t embody the well-established archetypes in teen films they do resonate with us because they are the kind of teens we wish we could be and their friendship is more intense, more emotionally involved and honest than anything else on screen (and yes, I’m putting it in front of Andie and Duckie’s friendship for the simple reason that Watts never really hid her feelings from Keith in the way that Duckie did from Andie, nor does Keith keep an emotional distance from Watts, he’s fully invested in her and their relationship, unlike Andie who always seems to keep an emotional arms length between her and Duckie).

Truthfully speaking, if you happened to be best friends with a member of the opposite sex at that age (like I was) you will understand how incredibly sincere Keith and Watts’ relationship was and how amazing it was for you to see it portrayed on film so accurately.

But we’re not quite done with the triangle yet…there’s still Amanda (Lea Thompson). 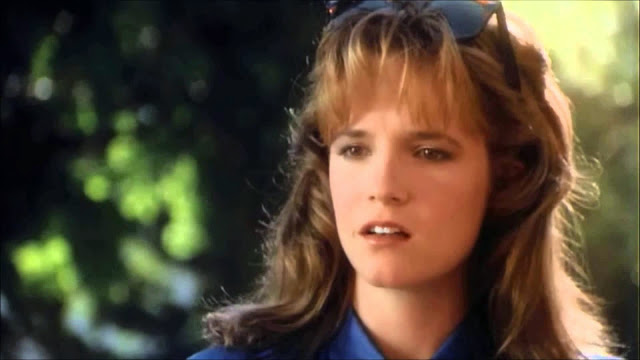 Of all the main triangle people, Amanda is the only one that truly has an evolution of self. She’s precariously popular, meaning her status is defined solely on the asshole she is dating (Hardy Jenns played by Craig Sheffer) and she knows it. Her friends, if you can actually call them that, tolerate her poorness and her presence because it’s required of them. The moment she deviates from this unspoken arrangement (by accepting a date with Keith after Hardy does something even more dickish than usual) her position is lowered back down to “Unacceptable” with the caveat that she can return to popularity if she goes back to Hardy.

And here again is where the movie deviates from the other teen flicks in the Hughes oeuvre. Amanda is, on paper at least, Blaine (although the social status is a bit reversed since he is rich and is protected by the popularity covenant) but while Blaine ultimately gives into peer pressure and dumps Andie, Amanda, to her credit, continues with her date with Keith (and it is truly a masterpiece of a date…seriously, it’s life changing) even though that ultimately means she will lose her popularity. By doing so she realizes that she is, in fact, stronger than she thought, and isn’t interested in being a “kept” woman any longer.

Unlike a lot of teen flicks, Amanda has no interest in winning the guy, nor being saved by him (which is a breath of fresh air to tell you the truth) and when she walks away from both potential love and a social structure that wants to crush her, she simply announces that “It’s going to feel good to stand on my own”.

Even with all of the main characters’ depth, their self-resilience and their emotional honesty portrayed in SKOW, having it take its true place on the throne of “Best Teen Movie Ever Made” lies almost completely on one other character in the film, Duncan (Elias Koteas), a gentlemen of such amazing magnitude that in a lesser film, he would have simply been resigned to the thug character. 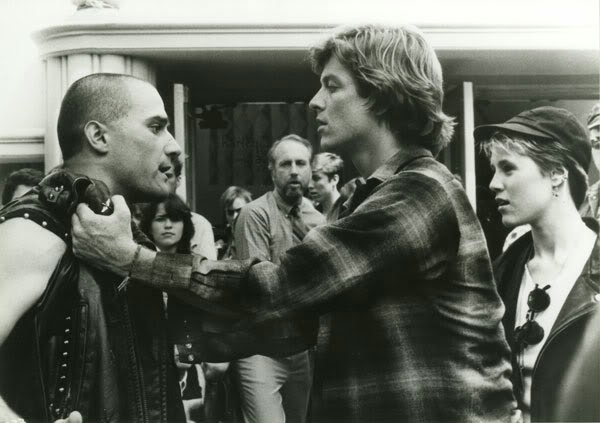 And we would have never known how important he was to the movie.

Duncan is, by all accounts, the scariest mo-fo you can meet in high school, clad in leather and a neo-Nazi-ish haircut, he is the kind of guy that could, and would, enjoy seeing you cry after insulting you (although, he can’t get a rise out of Watts, that’s how sure of herself she is):

But he is also (and I keep saying this word, but it’s true) deeper than he looks:

And fiercely protective of those people he deems worthy enough to be his friends:

In any other film Duncun would not be allowed to become a fleshed out character, after-all, he isn’t integral to the main plot, but he is what makes SKOW a rare and brilliant teen film…both he, and the film are far more than what they seem. By giving Duncan the ability to rise above the cliche that he would be in another movie, SKOW allows the viewer to see the many invisible layers that make up an actual human being…especially at that age.

As teens we struggle to find our place in the world, to become someone, to fit in, but we also want to be looked at as an individual and hope desperately that others will see those layers inside and know the truth of us.

Some Kind of Wonderful does that, it lays bare those layers (in all of the characters) and, more importantly, it shows us that if we are true to ourselves, we will ultimately find our way.

Feel free PM me for my address if you still hate me ’cause I’m really looking forward to those shirts.