BBC’s Lizo Mzimba is reporting that unknown British actress Amybeth Hargreaves will be playing a female Stormtrooper in Star Wars The Force Awakens. His source being Spotlight UK a casting website.

There had been rumors that Gwendoline Christie could be playing a Stormtrooper but we really haven’t learned if there will be indeed women in the ranks. It’s starting to look like race or gender isn’t an issue with the Empire’s recruiting policies.

This could also mean we’ll be seeing more women in the film than we previously thought. 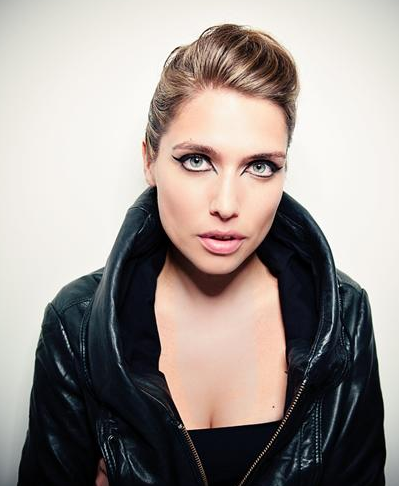 Amybeth’s role might not be that big but we’ve seen Lucasfilm give unknowns sizeable parts already. Dasiy Ridley, taking a lead role but is pretty much unknown compared to the rest of the cast. I do expect Amybeth might have scenes with fellow trooper John Boyega.

It’s also possible Amybeth could be an extra or doubling for another actor in the film.

This news could ruffle feathers as anything new revealed in The Force Awakens has seen backlash, even a new lightsaber design or new practical droid puts fans on edge. Although, we’ve seen many different droids and lightsaber designs over the years.

Some closed-minded fans went nuts when it was revealed that Attack The Block actor John Boyega was revealed as a Stormtrooper on the run. The naysayers of this choice coming off as racists and rightly so, considering the contention was about Boyega being black.

Lucasfilm would come to the defense of the character choice and confirm that stormtroopers of the post-Clone Wars era are not clones. Leaving the door open for lots of diverse casting in the film for all types of roles, not just for stormtroopers.

Almost every single move Lucasfilm, filmmakers and Kathy Kennedy will make will be put through a microscope by detractors and fans alike. A hard fact considering the franchise is so beloved and die-hards are still upset of the quality of the prequels.

I remember when some writers/bloggers were outraged there weren’t more female cast members announced in the early casting days of Force Awakens. As unknown actress Daisy Ridley was the only new female addition at the time.

This seemed very premature as actresses such as Oscar winner Lupita Nyong’o and Games of Thrones‘ Gwendoline Christie would be named as additional cast members taking decently sized roles in the film. Other ladies added to the lineup included Maisie Richardson-Sellers, Jessica Henwick, and Christina Chong.

I am not ignoring that Star Wars has a lousy track record when it comes to female roles in the past, but that might have more to do with George Lucas than anyone else.

Lucas even changed Luke Skywalker’s original gender from a girl to a boy. This concept art from legendary artist Ralph McQuarrie features early designs of a female version of Luke which looks oddly familiar to someone in that Force Awakens trailer.

While Leia had her moments the rest of the female characters didn’t really do much in the original trilogy.

This almost wasn’t the case and it was heartbreaking to learn that Lucas had cut-out a number of female pilots in Return of The Jedi.
At least three of them were removed from the film (could be a lot
more), one being an elderly woman which could have been pretty damn
powerful imagery in that goofy film with space teddy bears.

There is some hope that with Lucas out of the way we’ll be seeing other female characters given meatier roles in the saga and spin-offs.

Having female characters given all types of roles could help bridge that gap-between Star Wars
being a film for boys to a film that can be enjoyed by both girls and
boys equally. Since all the strong female characters are relegated to
the books, along with the cartoons like Clone Wars and Rebels. It would be a nice change to see them on screen as well.