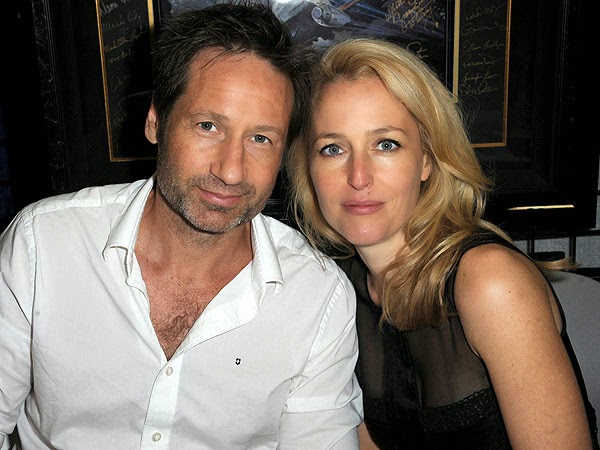 Fox chairman and CEOs Dana Walden and Gary Newman have revealed that they are in talks with series creator Chris Carter to revive The X-Files,the cult series that originally aired on the network from 1993 to 2002. Also expected are original series stars David Duchovny and Gillian Anderson to reprise their roles as Fox Mulder and Dana Scully. Whether or not the series would return to the schedule permanently or as a special presentation (similar to last year’s 24: Live Another Day has yet to be determined).

Carter, Duchovny and Anderson have all publicly expressed their interest, so it’s likely just a matter of scheduling and determining a direction for the reboot.

It’s also unclear if the new series will continue from the character’s last appearance in 2008’s film, The X-Files: I Want To Believe or if the network will chose to give the procedural a soft reboot akin to  IDW Publishing’s 2013 X-Files: Season 10 which picks up where the TV series and films left off with Mulder and Scully having left the FBI behind and moved to suburban anonymity, where they still encounter the paranormal.

Here’s hoping Fox does the same.