Variety has reported that Oscar nominated actress Felicity Jones (Amazing Spider-Man 2, Like Crazy, The Theory of Everything) is now the the female lead in Gareth Edwards’ untitled Star Wars film for Lucasfilm. Jones had been linked along with actresses Rooney Mara, Kate Mara and Orphan Black‘s Tatiana Maslany.

Rumors had suggested otherwise as it was said that Tatiana Maslany was the frontrunner, that seems to be untrue from this new trade report. The film she’s working on that led to her dropping out of a play is actually a indie starring opposite Dane DeHaan. 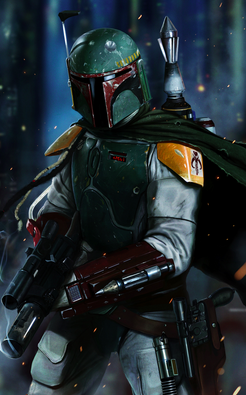 They are also reporting that actors Aaron Paul (Breaking Bad) and Edgar Ramirez (Zero Dark Thirty) in the mix for the male lead.

There had been suggestions that male lead could be Han Solo and Paul was rumored for that part. This might mean that Edgar could be taking that Boba Fett, but nothing says that’s indeed the role.

After Lucasfilm hiring Oscar Isaac in The Force Awakens, there is hope they’ll be hiring more latino actors for lead roles.

Latino Review recently suggested that both Boba Fett and Solo would be featured in the film, could there be two male leads?

We should come to expect not to really trust the word of pop-up sites when it comes to Star Wars news. There have been a couple of interesting ones but likely very untrue rumors circling recently.

They include the very busy Michael Fassbender linked for the Boba Fett role (unlikely due to X-Men and Assassin’s Creed productions) and Tatiana Maslany playing Sabine from Rebels.

Just a couple of days ago we speculated on the latter, but nothing actually is pointing to that being factual besides the timeline. It’s funny that one site’s speculation can be another’s rumor.