It’s pretty hard not to get caught up with Chris Moore’s enthusiasm.

For the past twenty years he’s been one of the most interesting producers in Hollywood, gravitating from independent film to studio film to documentary; from horror to teen sex comedy to Academy Award nominated pictures.

As a producer, Moore’s filmography includes Good Will Hunting, The American Pie series, Joy Ride, The Adjustment Bureau, and Waiting.

And then of course, there’s Project Greenlight.  Partnered with co-producers Ben Affleck and Matt Damon and airing on HBO and later, Bravo, Project Greenlight focused on first-time filmmakers being given the chance to direct a feature film.

Moore’s latest series, The Chair, is now out on DVD. Partnering with Starz, The Chair is a competition documentary series which follows two directors through the
process of bringing their first feature to the screen, both directing an
identical screenplay (which they can craft as their own)and must be filmed in the same city, utilizing the same budget.  The series followed both films from creation to  marketing and ultimately theatrical release.

Chris was extremely generous to take some time out of his busy schedule to discuss The Chair, independent filmmaking and his upcoming projects.

FOG!: It’s been almost a decade since the last Project Greenlight. What was the genesis of The Chair and how has the experience of reality television changed during that period?

Chris Moore: Well two major things have changed. The definition of “reality” is so wide now that we have multiple categories.

Both Project Greenlight and The Chair would now be documentary series. So that is tough trying to explain how a docu-series works and why it is not reality. The second change is that reality is now a business of creating “stars” the concept of a reality star exists now. Crazy since docs are just following real people yet these shows are scripted or planned and manipulated. The Chair and the first three seasons of Project Greenlight were not. I would love for the audience to truly understand the difference.

I have just always loved the idea of really pulling the curtain back on storytelling with cameras and microphones. That is why I loved Project Greenlight and I wanted to do The Chair. I really wonder on all of the movies I have produced what another directors take would have been. So I figured why not have 2 directors doing it.

Then I, and the audience, would be able to see it happen in real time. It was awesome to watch and I remain fascinated by the storytelling process.

Zachary Quinto was your co-executive producer. How did he get involved with the series?

I met his producing partner Neal Dodson and told him the idea and they liked it a lot. They have produced some cool films. I wish the schedule had worked out so they could have been there more.

Project Greenlight occurred during the last hurrah for independent film. As someone who has produced movies at different levels (studio, franchise pictures, independent, etc.), do you find raising money for small films more of a challenge and has that changed in the last decade at all?

I really think it has to do with the fact that we are all chasing the paying customer and we do not know where he or she will pay. So models are all lies and any sort of prediction of the future is based on patterns that no longer exist. Delivery systems, hardware options, theaters vs. desk tops, the decisions an audience member has to make are just overwhelming and so it is hard for the industry to know how to make money.

Until it is clear how to make money like when DVD was booming it will be rough.

Were there any surprises in the directions that Anna and Shane took their projects? Obviously, Zachary was offended enough by Not Cool that he removed his name from the film. Was that a surprise to you?

I was a bit surprised at how offended Zach was by Not Cool. I really laughed and found it honest and entertaining. Having producer the American Pie movies I guess I was less worried. Zach was not the only one, a couple investors and some distributors thought it was too much. I was really surprised by that.

John Gulager, Marcus Dustan, Patrick Melton, and to a lesser extent, Pete Jones are all still making movies. Do you think that their appearances on Project Greenlight were a help or a hindrance by letting other people in the industry pre-judge a potential collaborative experience based on how they’ve been depicted on television?

I do not. I think if you are secure and talented the cameras just make you look good. If you are not then the cameras show that as well. So I guess before you jump into something like The Chair make sure you are comfortable in your own skin.

What are you currently working on and will there be a second season of The Chair?

I am working hard on the second season of The Chair. And Matt Damon and I are producing a movie starring Michelle Williams, Casey Affleck and Kyle Chandler called Manchester By The Sea that starts shooting next month. Kenneth Lonergan is the writer and director and we are really excited. 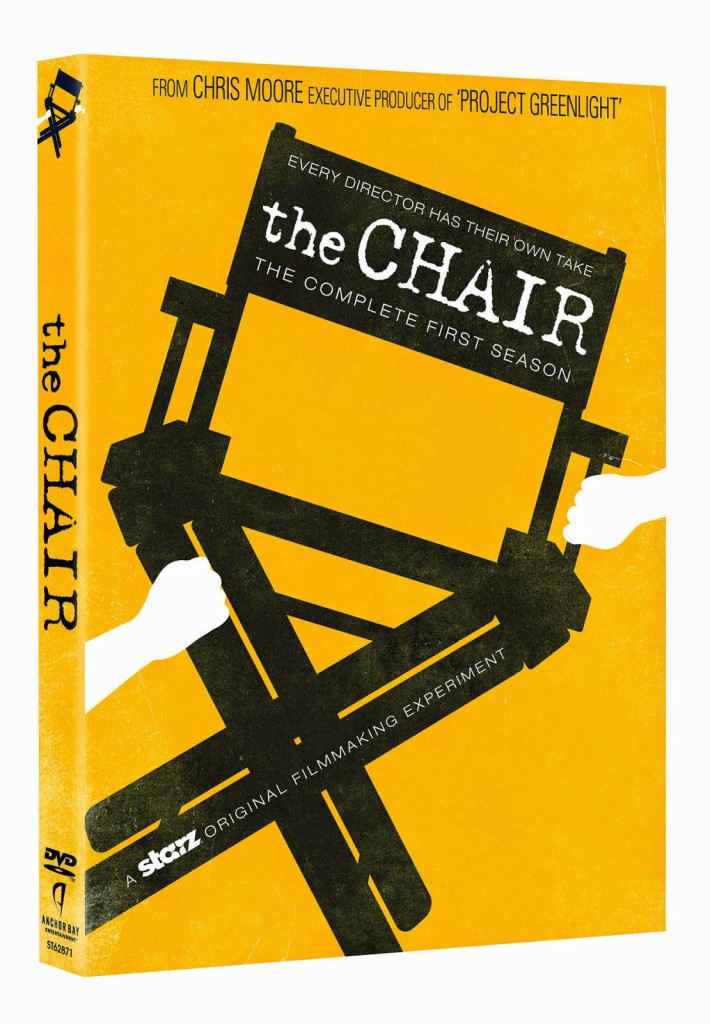 The Chair: The Complete First Season is now available on DVD.
Win a Copy HERE!