Deadline reports that four actresses are in the mix for the female lead in Tim Miller’s Deadpool.

The film is the X-Men spin-off that has Ryan Reynolds reprising the role of Wade Wilson the sane alter-ego of the mutant mercenary Deadpool.

The they include Morena Baccarin (Serenity, V, Homeland, Firefly), Taylor Schilling (Orange Is The New Black, The Overnight),  Crystal Reed (Teen Wolf, Crush) and Rebecca Rittenhouse (The Red Band Soceity). It was previously reported that T.J. Miller and Ed Skrien were in talks for roles as well.

I have to admit I’ll be rooting for both Taylor and Rebecca for the unnamed role.

The role is either going to be mutant prostitute Vanessa Geraldine Carlysle aka Copycat who becomes romantically involved with Wilson or fellow mercenary Neena Thurman aka Domino. 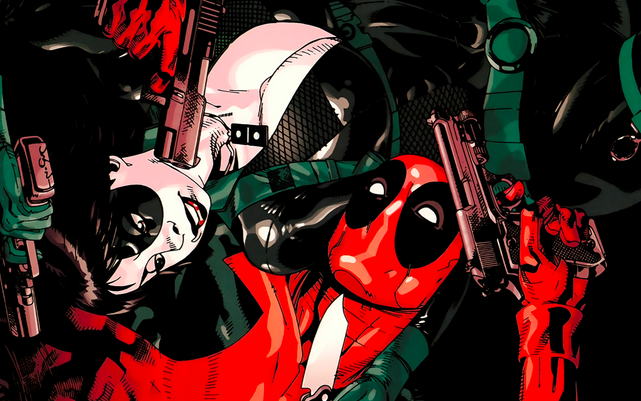 In the original script, Copycat was the female lead but since the extensive rewrites they could have replaced her with the more fully formed character like Domino which of course could further help setup X-Force. Neena becoming an X-Men member on the X-Force team.

In a shocking twist Fox and Miller could try to include mutant ladies.

Production is expected to start up soon in Vancouver Canada with a release date of February 12th, 2016.