A lot going on this episode. The bulk of the action revolved around Gordon’s new case involving the murder of a circus performer and he gets some backup from his date, Dr. Leslie Thompkins.

Meanwhile Penguin’s club is floundering and previous owner Fish Mooney is taking control of her situation being held against her will with others who are being harvested for organs.

Not to mention, we get the supposed introduction of the Joker that was hyped up last week. So what did they get right? 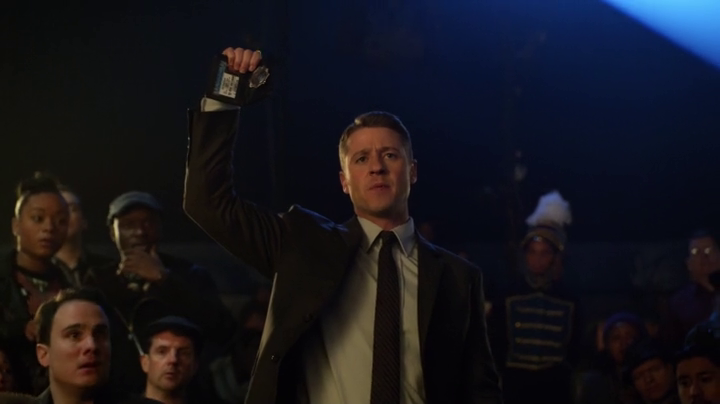 I can’t believe I’m saying this, but Fish’s storyline was actually the strongest one this week. Somehow they managed to make her compelling and it’s about time. 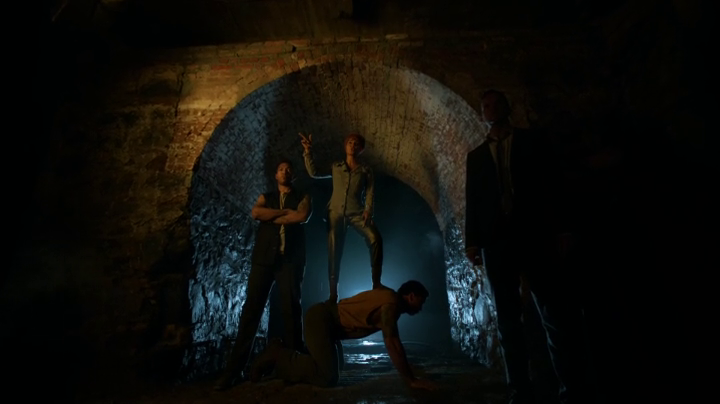 What’s interesting is with her takeover of the prisoners, manipulating her way into the role of being in charge, we get a glimpse of who she is and how she originally rose to power in the first place using whatever she has at her disposal. She outwits her captors and uses a power play to force their hand and get what she wants. Not bad for my least favorite character. Maybe there’s hope for her yet.

We get more of Leslie this episode who charms her way into working alongside Gordon during this week’s murder investigation. I missed Bullock whose screen time was reduced as a result but she and Gordon make a good team and she has added a spark to the series that lacked a strong female role (sorry Fish) who you wanted to see more of. 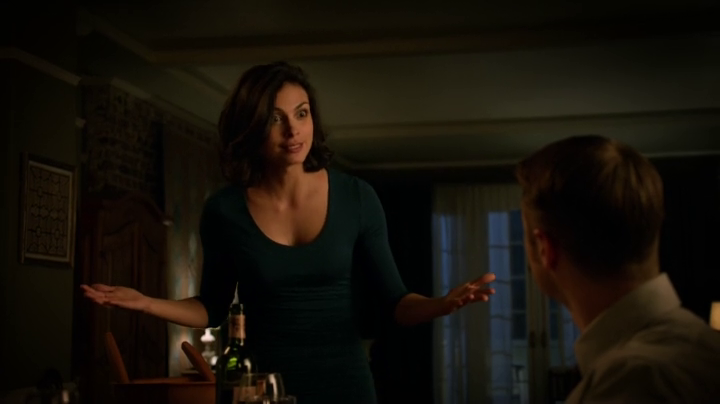 Barbara returns to find the Cat and Ivy squatting in the apartment and all of a sudden they’re girlfriends, pigging out together and critiquing her choice of outfit to win back Gordon with. 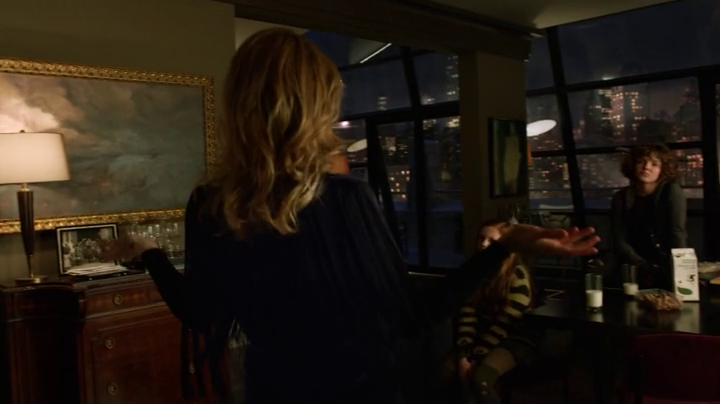 Barbara was not missed either as her scenes did nothing but eat up airtime. Sorry, but kids and Gotham just don’t mix. They add nothing to the screen and instead bring it down with silly scenes like this.

Speaking of which, I still don’t buy the kid playing Bruce. 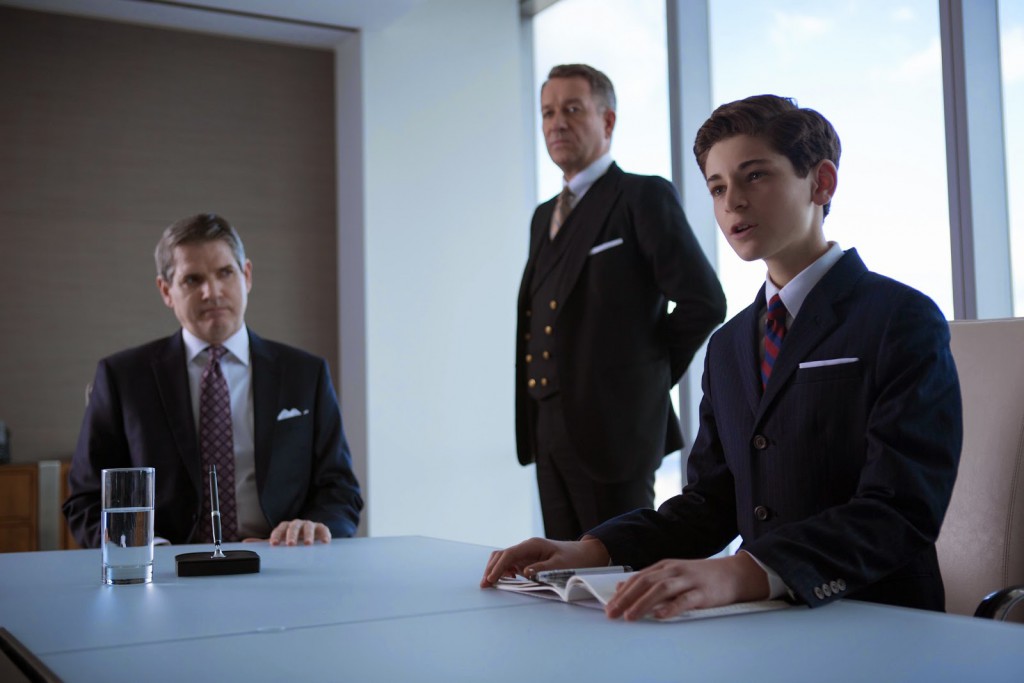 He decides he’d like to address the board of directors at Wayne Enterprises and the two that have speaking roles talk down to him and don’t take him seriously. I’m with them.

We’ll start with Haly’s circus, which should be known to any fan familiar with Dick Grayson’s backstory. We’re introduced to the Flying Graysons in this episode who apparently are part of a generations long fued with another circus family within Haly’s. 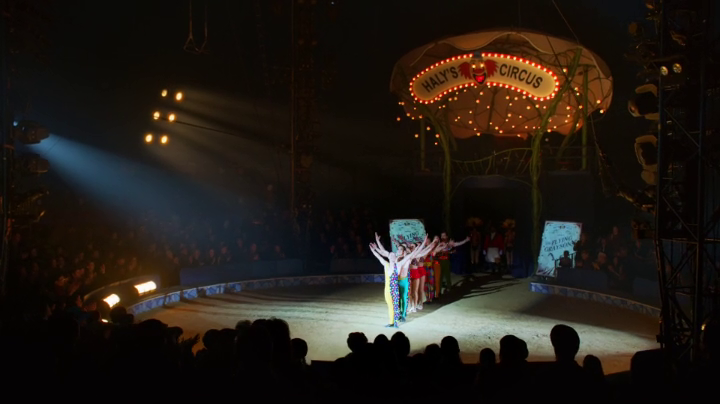 A dumb subplot but the point is we meet Dick’s parents who are presented as the Romeo and Juliet of the Haly’s circus. I had heard months ago that they cast his parents in the show so there was really no doubt what was coming next. I was kind of dreading it to be honest. Here’s why:

By the episode’s conclusion the star-crossed lovers are together and thank Gordon for his help repairing the damage between their families. The man says if they ever have a son they’ll name him after Gordon, to which the woman puts the brakes on this letting us know she has another name in mind *wink wink* She might as well have said aloud “We already agreed we’d name him Richard,” seeing as subtlety is not this show’s strong suit. 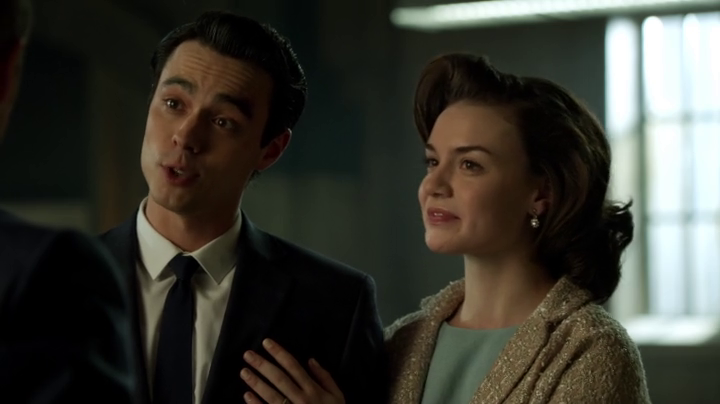 Do fans really eat that stuff up? I personally find it pandering and irritating. It feels so forced and spoon-fed that I can’t help but roll my eyes at these exchanges. It reminds me of an episode of That 70’s Show when The Rock plays his own father, wrestler Rocky Johnson. In one scene he says of Red taking his son Eric to a wrestling match, “You know I have a son, and one day he’s going to be the most electrifying man in sports entertainment!” *cue laugh track* 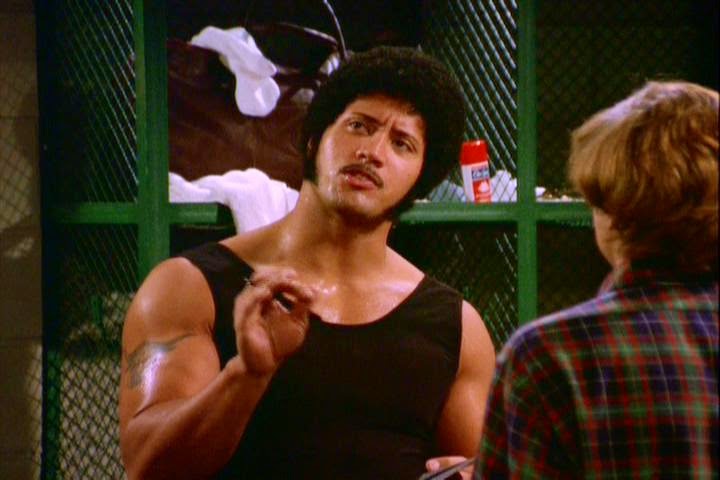 Haha, get it?! Except That 70’s Show is a half hour sitcom, and Gotham is not. Gotham, please be better than that. Be better than a sitcom.

Ok, so on to The Joker. Or is he? That’s what they built him up to be in the marketing of this episode. The kid is a bizarre cross between Nicholson’s and Ledger’s Joker. He kind of resembles a young Nicholson, (or at the very least is doing his best to contort his face to pull off that effect) and his laugh is eerily close to Ledger’s. Of course I can’t fault them for “screwing up” Joker’s origins since that’s kind of the point of the character not having a clear-cut backstory, nor would I since I’m open to the idea of the show having carte blanche and taking things in a new direction. 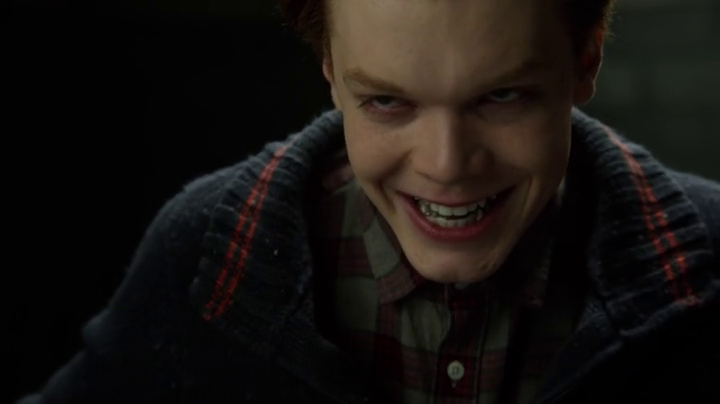 I’ve read a lot of mixed reactions to this interpretation of the character. I thought he was effectively creepy and his transformation before our eyes from innocent kid to maniac wasn’t bad, but the fact that he did remind me a bit of Jokers of the past worked not for but against him. I would rather see a completely fresh take but then TV isn’t exactly known for its originality and Gotham likes to be redundant. I’m convinced some studio head at Fox is behind these calls and it shocks me that they got away with such an original take on Penguin in the midst of all the rehashing.

I’ll be curious to see where they go with this character despite all that.

I understand why they do it, but I think I would enjoy this show a lot better if I wasn’t being bombarded with casting news left and right and hype surrounding each and every move. If I could just watch the show unfold and let some stuff be a surprise, I might actually get more out of it. We all knew the kid was evil from the moment we laid eyes on him because they told us he was last week, so it kind of sucks the wind out of his shift in personality when it does happen. 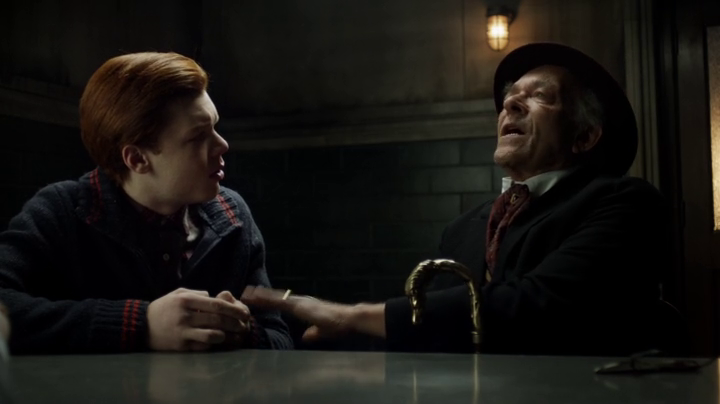 For the remainder of the season I’m going to do my best to go in blind and avoid any Gotham news or previews and see if it improves my viewing experience. Until then, this episode was better than most with just a few minor quibbles to bring the overall quality down. Let’s keep it moving in this direction.