The stunning skies of Wyoming, and the mysteries beneath them, have
never been more enthralling than in the unfolding episodes of Longmire, the popular A&E-turned-Netflix
television series.  Those cinematic
visuals and intense situations have also never looked better than in the full
1080p HD presentation of Warner Archive Collection’s Blu-ray release of Longmire,
Season 3, coming March 3 via your favorite online retailers and directly from the Warner Archive.

Warner Archive Collection’s release of Longmire, Season 3 on Blu-ray includes all 10 episodes in a three-disc
set, as well a documentary entitled “The Ghost in the Storm,” which focuses on
the obsessions many of the Longmire
characters encounter during the series’ captivating third season.

In this riveting third season, Sheriff Walt Longmire (Robert
Taylor) is reeling from a series of devastating traumas. Best friend Henry (Lou
Diamond Phillips) is going to prison on murder charges. His deputy, Branch
(Bailey Chase), has been shot by a mysterious “white warrior.” And Walt‘s
right-hand deputy, Vic (Katee Sackhoff), may not have shaken off a stalker from
her past.

While Walt shoulders these burdens, his daughter Cady (Cassidy
Freeman) fights in court to clear Henry’s name, and The Ferg (Adam Bartley)
holds down the fort behind the scenes as threats to the lawmen come from all
directions.
Absaroka County’s dark secrets run deeper than Walt imagined, and
the closer he gets to uncovering the true bloody hand behind his wife’s murder,
the more he realizes that connections and corruptions may ensnare them all. 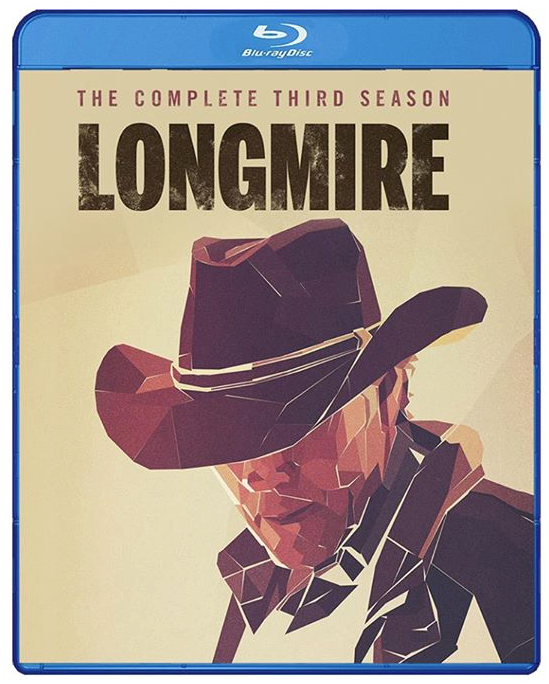