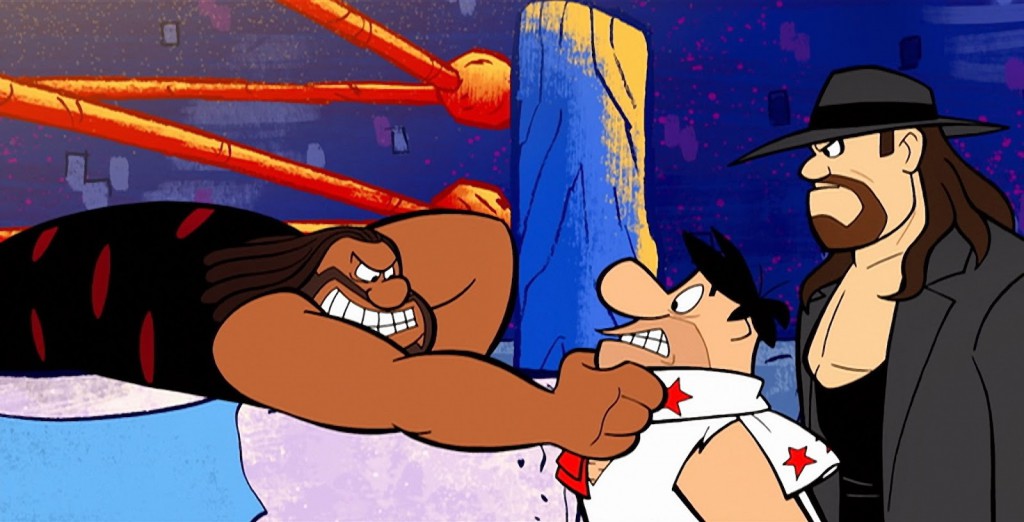 When Fred loses his family’s vacation money, he hatches one of his hair brained plans to get it back. It’s a sports entertainment spectacle that involves throwing his best bud, Barney into the wrestling ring with the likes of John Cenastone (John Cena), Marble Henry (Mark Henry) and even The Undertaker, with Fred himself as event promoter! The crowds roar, the “clams” are pouring in from ticket sales and even Mr. McMagma (Vince McMahon) is taking notice of all the hoopla. Can Fred keep serving up bigger and badder matches or is he in for the rocky ride of his life? Including all-star appearances from The Boulder Twins (Brie and Nikki Bella) and Daniel Bry-Rock (Daniel Bryan), it’s time to get the whole family together for a collection of hard-hitting, side-splitting laughs from the most epic event in all of prehistory!

I can’t say that the wrestling aspect is a draw for me, personally, but the character design and animation looks amazing, reminiscent of the early seasons of the show, capturing a bit of the original Ed Benedict designs. 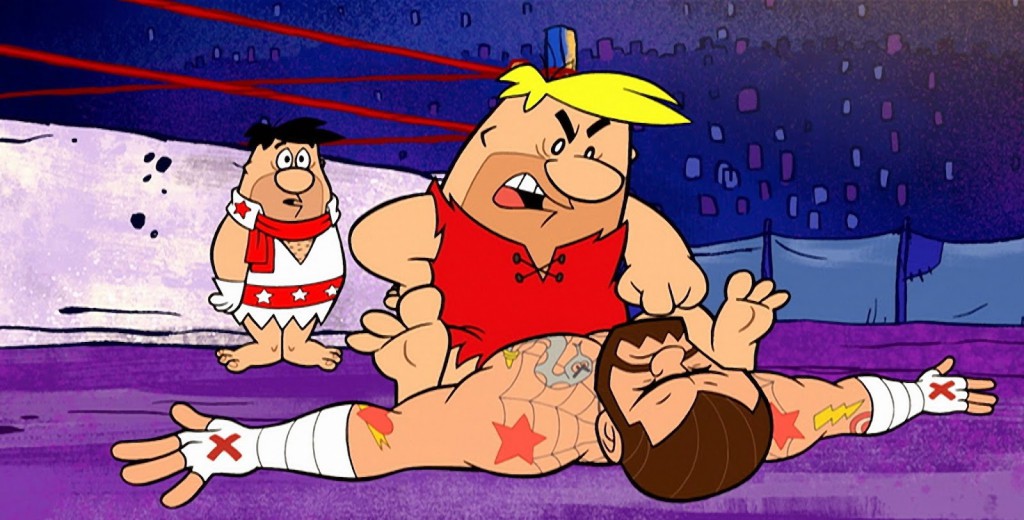 Check out a clip and the trailer after the jump!

The film features the voices and/or Flintstones-ized animated likenesses of wrestling superstars John Cena, Mark Henry, The Undertaker, Daniel Bryan, CM Punk, Brie & Nikki Bella and WWE Chairman & CEO Vince McMahon alongside some of the most beloved animated characters of all time.

Lovecraftian horror meets historical fiction in Lovecraft Country: The Complete First Season, HBO’s suspenseful drama, which will be released on Blu-ray and DVD by...