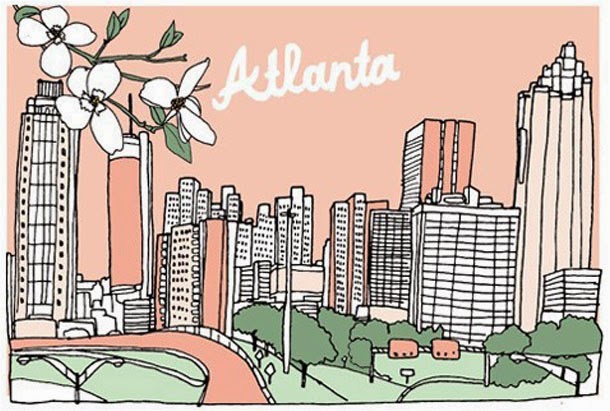 It is fair to say now that the “Geek” culture has pretty much exploded in the United States, yes? With shows like Big Bang Theory and Doctor Who idealizing all things geeky, being dorky and intellectual has quickly evolved into a cocktail for popularity; although it might take a while for the Wolowitz-style fashion to catch on…but I digress.

Anyhow, as you can probably guess, cities around the U.S. have transformed into geek-havens of sorts, featuring everything from comic conventions, geeky trivia, and tech-filled expos, and that’s not even the half of it! Naturally though, some cities have earned the reputation of being nerdier than others.

That shouldn’t be surprising considering the diverse array of geeky events that occur there each and every year.

Geeks are flocking to the southern metropolis, flaunting their intellectual mystique proudly, while connecting with other like-minded folks at the same time. I’ll let you in on a little secret too…there are so many affordable apartments and houses here in Atlanta, it shouldn’t be hard at all to find cheap apartments for rent by the dozens.

Why not move here though? There are so many things to keep the geek in all of us occupied for eons. I have included a brief outline of geeky happenings for 2015 below:

In this case, it is probably safe to assume most geeks are like me in regards to conventions; we love them! It doesn’t matter if we’re talking about comic books, costumes, anime, or whatever; conventions always draw out the geek in us.

Well Atlanta has been hosting one of the most popular conventions for the past 25 years. Dragon*Con! Each and every Labor Day weekend, geeks get the ball rolling with the Dragon*Con parade, following up with the convention itself which takes place in several area hotels. Nothing is off-limits here. You could be into sci-fi, steampunk, cosplay, comics, anime, or what have you. You can strut your stuff in style here!

The convention starts September 4th and continues through the 7th. While that is more than 220 days from time of this writing, it is never too early to start planning.

Dragon*Con isn’t the only convention this year either. Geeks can enjoy a whole host of events such as:

An Army of Comic Books!

And that is putting it lightly! Lucky for us, we don’t need any superpowers to locate a decent comic book shop in Atlanta. There are several fantastic shops scattered throughout the city so finding a hidden gem or two shouldn’t be very difficult. Not only are these stores fantastic for finding comic books, but they’re also a great place to connect with other nerds.

While it isn’t hard to find a comic book shop, here is a small list to help you out:

That’s right! There are not many cities that have a video-game scene as diverse and extensive as Atlanta. According to Movoto.com, Atlanta also took top honors as the top gaming city in America. It was calculated that there was roughly one video game store for every 16,016 residents (which is a staggering number given the total population).

It isn’t just the video game stores that give Atlanta its reputation. Atlanta also boasts a huge population of actual players who take their video-gaming to the next level. Not only that, but Atlanta also features some of the best Internet service providers. Since most video-gaming takes place in a wireless realm, lagging is not tolerated, and since the Internet connections in Atlanta are above average, lags are kept at a minimum.

So if you’re rocking the newest edition Call of Duty: Advanced Warfare, don’t be afraid to set up in Atlanta. Your kill streaks will surely improve!

I really shouldn’t need a conclusion, but for those of you who haven’t caught on just yet, the message to take away here is that Atlanta is awesome for us geeks! While I wish I could fill you in on absolutely everything, the brief list above should be enough to get the blood pumping. So if you’re serious about geeking out, you should consider moving to Atlanta. We’d love to have you!