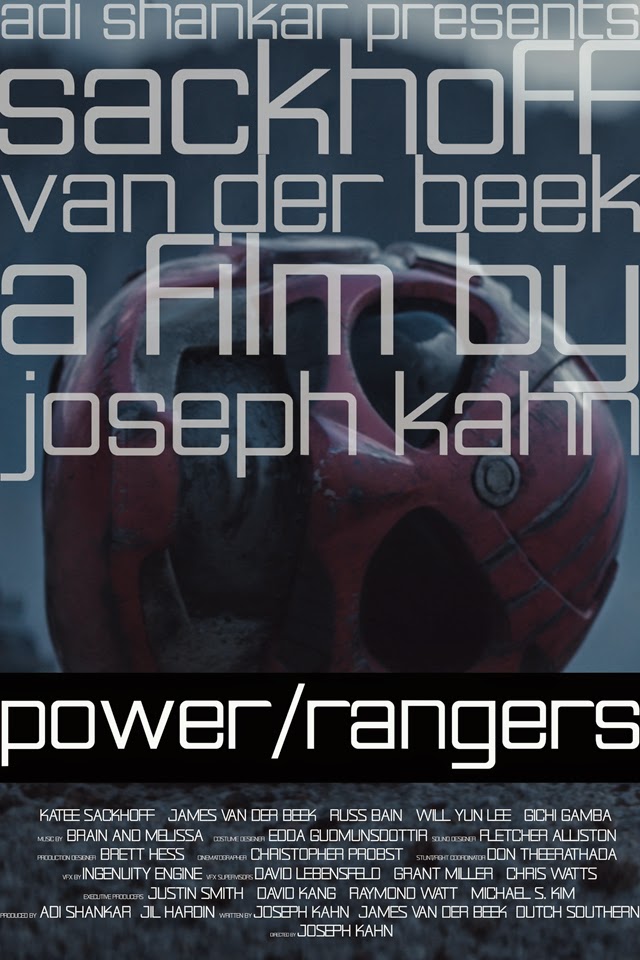 This is not your younger sibling’s Power Rangers.

As a matter of fact, it’s a Power Rangers that you’ve never, ever seen before.

Released today, is Power/Rangers a short film from director Joseph Kahn (Torque, Detention) that will not only have Lionsgate executives questioning their own plans for their upcoming Power Rangers film, but also likely generate many, many meeting for Mr. Kahn.

Deboot of the Power Rangers. My take on the FAN FILM. Not a pilot, not a series, not for profit, strictly for exhibition. This is a bootleg experiment not affiliated or endorsed by Saban Entertainment or Lionsgate nor is it selling any product. I claim no rights to any of the characters (don’t send me any money, not kickstarted, this film is free). This is the NSFW version. An alternate safe version is on youtube.

And what an impressive experiment it is.  Starring Katee Sackhoff  ans Kimberly/Pink Ranger and James Van Der Beek as Rocky (with Russ Bain as Tommy/Green Ranger, Will Yun Lee as General Klank and Gichi Gamba as Zack/Black Ranger), Power/Ranger is a bold, creative and visually striking take on an all too familiar property.

Produced by Adi Shankar (who also did The Grey, Lone Survivor and Dredd), Power/Ranger also continues his fan film streak that he’s already done with Venom: Truth in Journalism and The Punisher: Dirty Laundry).

Check it out after the jump and share what you think.  Is this the direction that you’d enjoy watching a Power Rangers franchise?