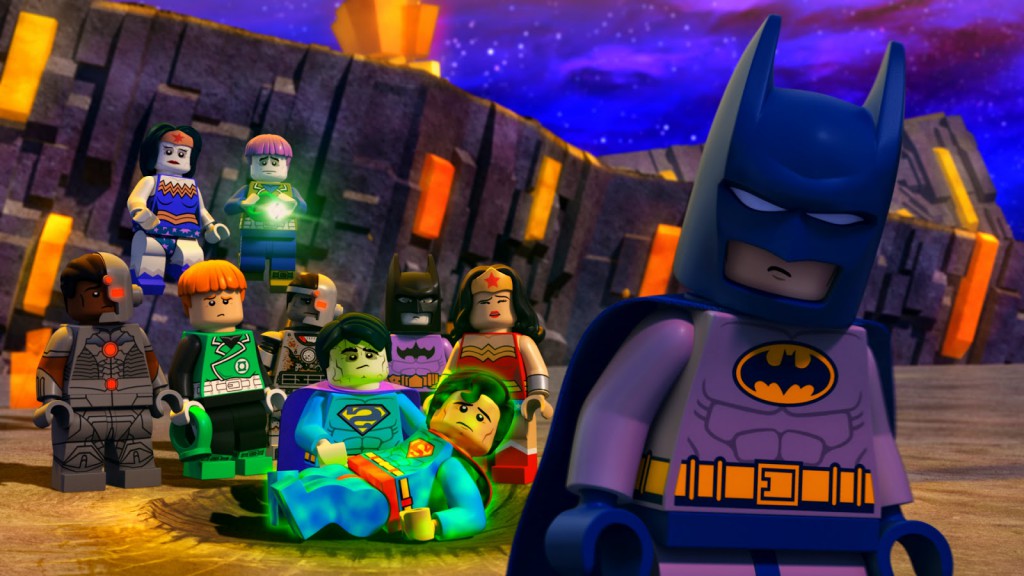 Batman has joined the newly formed Justice League in order to keep tabs on Superman, a mistrust that is complicated by Superman’s clumsy – but well-meaning – clone, Bizarro. Bizarro’s creation of the Bizarro League has caused confusion amongst the world’s greatest Super Heroes, but an even greater and mysterious threat may force the Justice League and Bizarro League to band together to defeat evil.

But first, take advantage of our Bizarro Name Generator:

After the jump check out the Digital Trading Cards Download Button and learn how to win a copy of LEGO Justice League vs. Bizarro Justice League Blu-ray+DVD+Digital HD UltraViolet Combo Pack + with Batzarro LEGO minifigure!

To enter, please send an email with the subject header “LEGO BIZARRO” to
geekcontest @ gmail dot com and use the Bizarro name generator to complete the following statement:

Each household is only eligible to win LEGO: DC Comics Super Heroes: Justice League vs. Bizarro League (Blu-ray+DVD+Digital HD UltraViolet Combo Pack) Blu-ray via blog reviews and giveaways. Only one entrant per mailing address per giveaway. If you have won the same prize on another blog, you will not be eligible to win it again. Winner is subject to eligibility verification. Prizing Disclosure: Prizing is sponsored for this contest from Warner Bros. Pictures.