ShareTweet
OUT-OF-PRINT FOR MORE THAN 45 YEARS, THE NEXT TO LAST JOAN RIVERS ALBUM CONFIRMED FOR RECORD STORE DAY RELEASE FROM STAND UP! RECORDS

The Next To Last Joan Rivers Album has been lovingly updated to include an eight-page booklet featuring new liner notes by noted comedy historian and WFMU blogger Kliph Nesteroff, a new essay from comedian Sarah Silverman and photos by John Shearer (Look Magazine). Originally recorded live in June 1968 at Julius Monk’s famed cabaret Upstairs at the Downstairs club in New York City, the package has been digitally remixed and remastered for release.

Some 45 years after it was recorded, the voice is strong and clear. It is young, but unmistakable: Joan Rivers. That voice—and the truths it speaks—are timeless. And the truth is always a little shocking. The Next to last Joan Rivers album’s re-release proves that, before there were arguments over whether women were funny, women’s lives were funny. 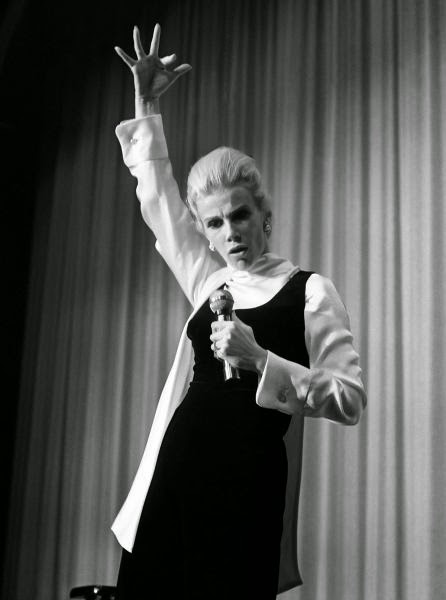 Unapologetically, Rivers owns her own experiences as great material. She doesn’t have to pick on audience members to get a gasp or gross them out by saying things they don’t expect from a woman; instead, Rivers delivers a tight set packed full of real life. Within minutes, the listener can actually hear the audience melt into her hands. The women laugh with true freedom: Rivers is saying what they haven’t been able to say, giggling along with her about the absurdities of juggling roles and living up to the expectations of their mothers, their husbands, and their peers. And the men guffaw at this brassy, whip-smart Jewish dame pulling back the curtain. Together, they’re swept up, liberated by a woman saying the truth and everyone finding it funny.
Rivers, who clearly considers her audience as in-on-the-joke as she is, dropping clever asides and subversively referring to her set as “the rally,” leaves the stage as she left the world: to shouts of “Brava!”