This past weekend saw a screening of Accidental Incest, a film directed by Richard Griffin that Lenny wrote, based on his own off-Broadway play.

And in approximately two weeks, his Daydream Theatre Company will kickoff the grand opening of the Arctic Playhouse with the launch of his new play, Co-Creator: The Man Behind The Bat, which focuses on the life of Bill Finger, the late writer who co-created Batman with Bob Kane.

Lenny took some time from his busy schedule to chat with FOG! about the genesis of the play, as well as Finger’s life and legacy.

How did you first discover Bill Finger and what was the genesis of Co-Creator?

I first discovered Bill Finger in 1989. 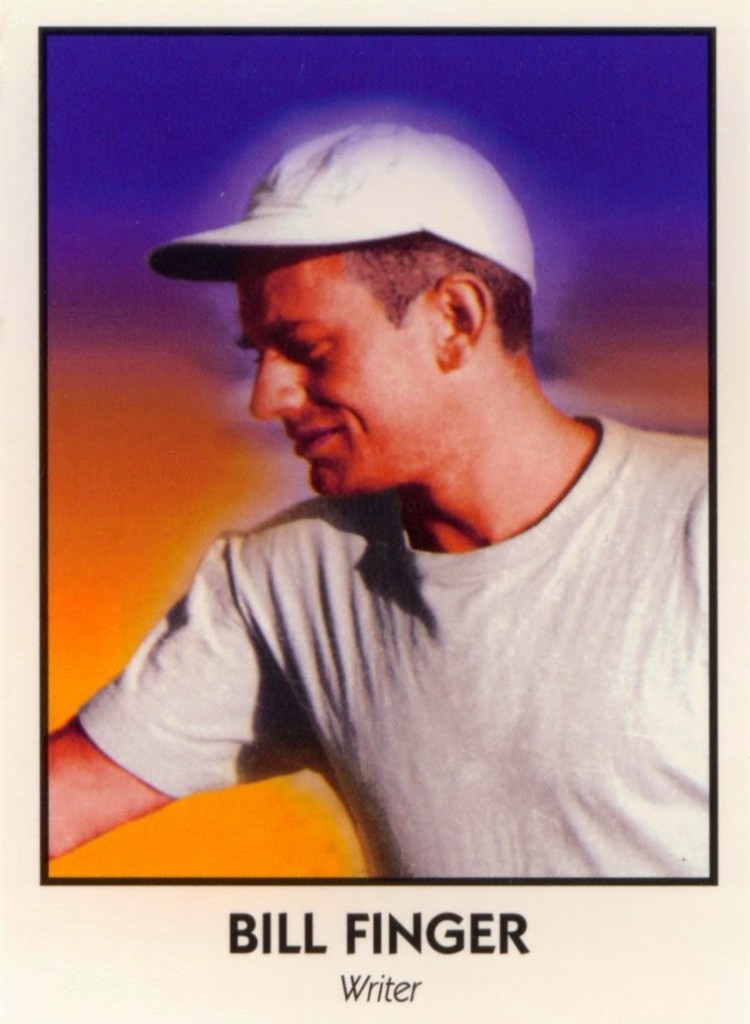 I was 13 years old and the first Batman film came out. My father took me to a 10pm show on opening night. We waited two and a half hours to see it at the Showcase Cinemas Warwick in Rhode Island. At that point, I had actually never read a Batman comic book. I was a big Marvel guy and DC Comics seemed not to be my thing.

I saw that movie and I loved it. That summer Bat-Mania enveloped the country and I was certainly caught up with it. I spent all of my paper route money on anything I could find: Batman comic books, T-shirts, figures, trading cards, everything. I fell in love with the Batman TV show as well that summer and could not get enough of it. I saw the Tim Burton Batman film three times in the movie theatre that summer…which meant a lot of begging to my parents to take me again and again. 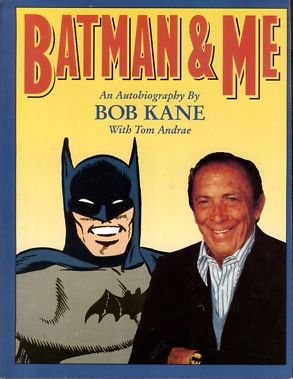 I remember seeing “Batman: Created by Bob Kane” at the beginning of every comic book and in the film.

One day I saw the book Batman And Me by Bob Kane at a Stop and Shop supermarket of all places.

I convinced my mom to buy it for me and I read it.

It then had a small mention of a guy named Bill Finger.

About three years later, the second Batman movie appeared and I was working at the now defunct Adam Pinhead World of Comics. One day the owner got into a disagreement of who created Batman in the shop. I heard the name “Bill Finger” again. One of my coworkers started telling me about Bill Finger; about how he co-created Batman and never received any credit.

Through the years I would hear his name come up from time to time, whether in print, or just in conversation. In college, I finally decided to do some research on who he was. And it was incredible to me that this man co-crated on of the biggest modern myths of our time, and he died broke and alone.

It seemed almost a crime to me.

So over the last few years I have done these bio-plays…First with Buster Keaton, then The Marx Brothers, Lucille Ball, and finally Charles Schulz. I was actually done with them. They all came out better than I had hoped, but I had nothing to say after the Schulz play or any new way to do a bio-play.

Some people asked and I said, “The only bio-story I would be willing to do is the story of Bill Finger.”

And then the San Diego Comic Con 2014 happened.

I was redirected from a panel, and somehow ended up standing right in front of Athena Finger’s booth (granddaughter of Bill Finger).

I had never met her so I nervously walked up to her. We talked and she is wonderful, super nice and kind of awesome. We took a picture. 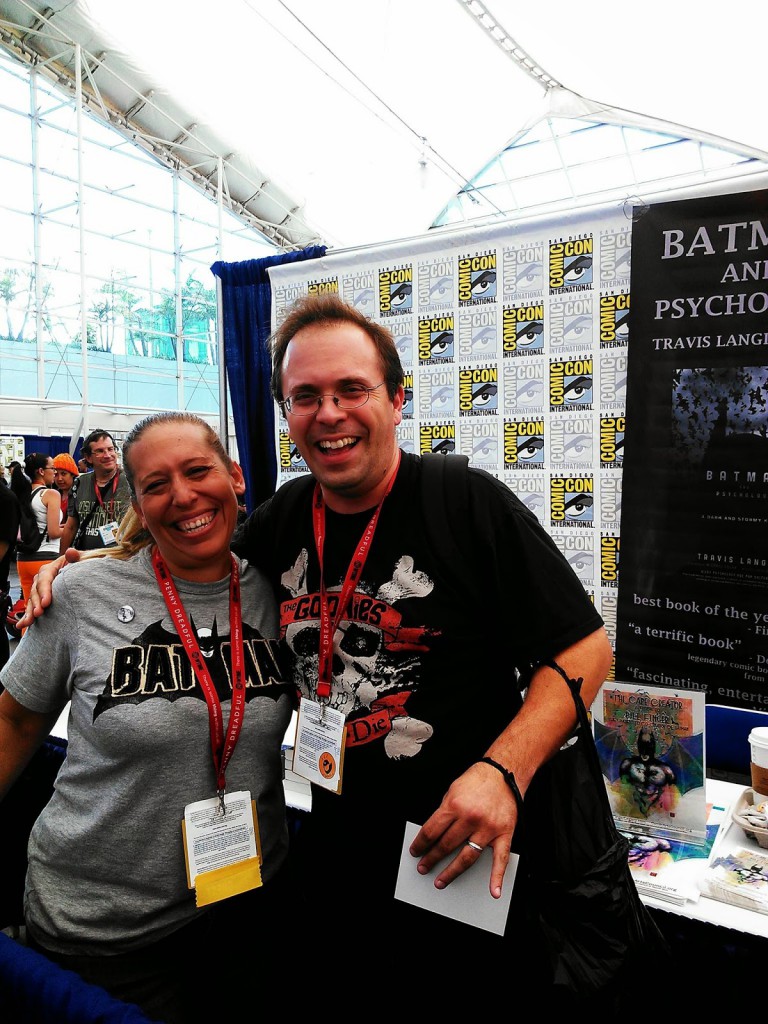 As I was leaving I asked “You know, I write and always wanted to do a story about Bill Finger. Would that be cool?”

She was enthusiastic and kind. I probably sounded like a nut.

So I went about writing a screenplay for it, which is done, which one day I hope to have made into a film (it’s very much like the play)

So, my theatre company, Daydream Theatre Company lucked into a new space in West Warwick, The Arctic Playhouse. My producers, Jim Belanger, Lloyd Felix, and Dave Vieria, wanted something to kick off our grand opening. I had wanted to do a play, The Social Avenger (which I will be directing in fall) but we needed something special.

And I was passionate about literally nothing.

So I went about converting the screenplay into a play. I will say the actor in the show Brad Kirton became an editor on it, spending five weeks banging the script into shape. And here we are!!

Comic nerds have known about Bill for years, but it’s only been the last several that there’s been a movement to get his name out there. With so little information available, what kind of research did you do in writing the play?

I tried to find every bit of information out there. I can never know what was said for a lot of it, but I tried to get as close to it, to honor and respect Bill and his family. You just have to go for it.

I was very lucky in that I had some really amazing people help me. First off was Marc Tyler Nobleman, who is a Bill Finger historian. He directed me to his blog Noblemania which has a wealth of information about Bill Finger. He also wrote a young adults book Bill The Boy Wonder: The Secret Co-Creator of Batman which is wonderful. 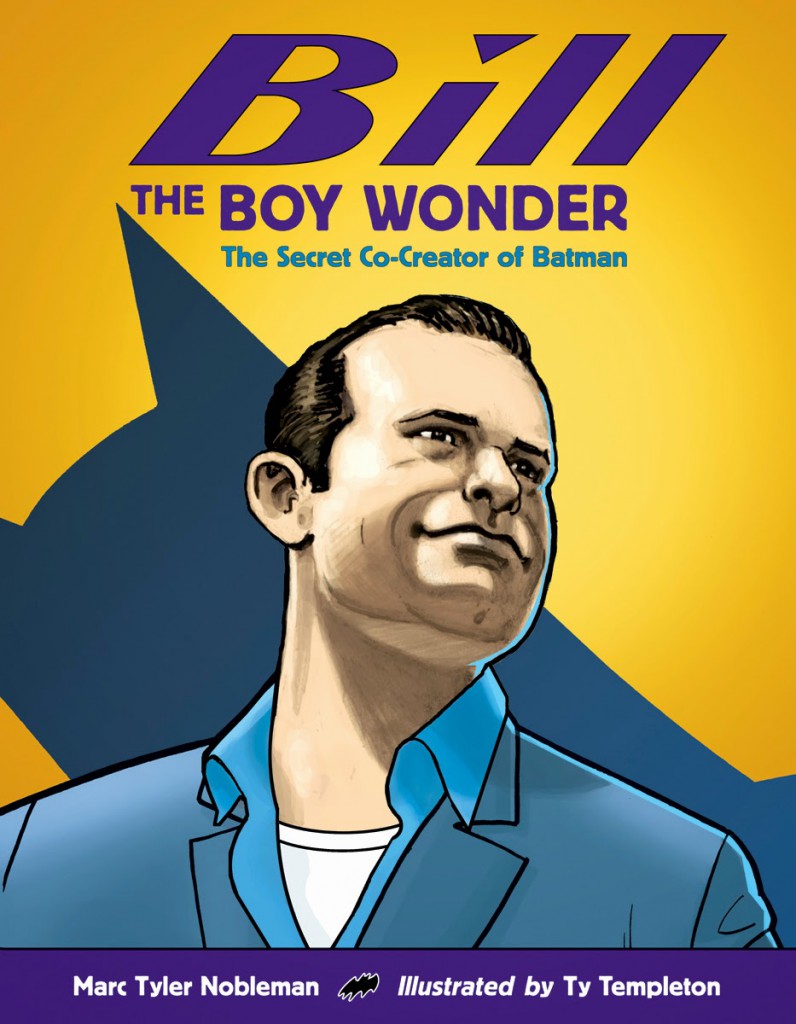 Also very helpful is my friend Roberto Williams who wrote a great play called Fathers of The Dark Knight which had Bill Finger as a character! I was worried about Roberto’s play having any crossover with mine actually, so he invited me over for dinner; three hours away in Brooklyn, New York.

It was worth it because we found that our plays were completely different…mine focused all on Bill Finger’s life, his focused on the overall mythology. So I got a great meal from his wife, Zaida, and a new friend in Roberto. In fact, I wonder if we had the same mother sometimes. I would like to point out Roberto’s play for all those out there. Info can be found at fathersofthedarkknight.com 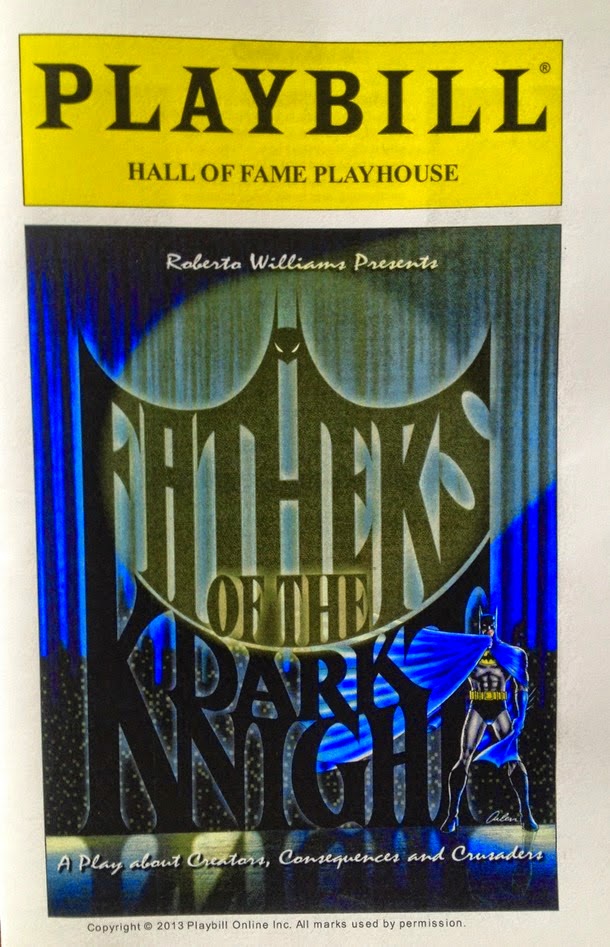 So, as much as I could find from anywhere I could get it.

Can you tell me a bit about the cast? What do the actors bring to the play, in particular Christopher Ferreira who plays Bill and Brad Kirton who plays Bob Kane?

The cast is fantastic. Christopher Ferreira plays Bill Finger humble and smart, exactly how I imagine Bill Finger was. And Brad Kirton plays Bob Kane in the perfect way. He doesn’t play Bob as a villain, he plays Bob as I would imagine he was; a good talker, smooth, knew what he wanted and how to get things, and as someone complex.

That’s what I appreciate with this cast…even if they are onstage for two minutes or the entire show, they are working hard to bring this story to life in a layered, hopefully smart way.

Have you heard from anyone at DC about the play or anyone else close to the story?

Nobody at DC has contacted me except a few people in the industry who have written or drawn Batman. DC can be litigious about these things but I have been around the biography block a few times to know how far I can push the line. And I am going to push it as far as I can.

This play will show that it is Bill Finger AND Bob Kane who created Batman. It’s history. It’s fact. Doesn’t matter what contract DC Comics has.

It’s the truth. It’s what is right.

I have spoken a few times over the past year with Athena Finger, and she is coming to opening night. I can only hope she likes the play, and we have done our job. What is our job? To ensure that every time somebody sees “Batman” Created by Bob Kane” sitting there alone, they remember Bill. And fill his name in themselves. 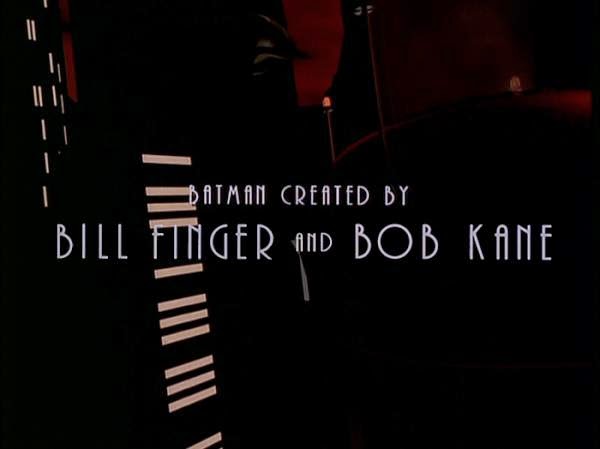 What challenges did you encounter writing this story? Unlike most underdog tales, this doesn’t really have a “happy ending”. Is there the possibility of one?

There were a lot of challenges. Bill wasn’t a flashy actor like Groucho Marx. He wasn’t a physical comedian like Buster Keaton. He was just a normal guy.

You really have to make a compelling story to give his life justice.

I also worried about making the play too depressing…it’s not at all actually. It’s about the quiet hopes. The quiet dreams we all have.

The end isn’t a depressing one…but I don’t want to spoil it for anyone coming.

Are there any other comic book biographies that you want to bring to the stage?

The Stefan Blitz Story! No no. I think I am done with bio-plays for the time being. This one turned out to be the best play I have ever written bio or not bio. There is only so long you can mow the same lawn. I am happy with the ones I did. If I spoke French maybe I would write a play about Moebius…or Jim Steranko.

Actually wait, there IS one comic book bio play I would love to do…but there is NO WAY I’d ever get the rights to it.

It would be about Kevin Eastman, Co-creator of the Teenage Mutant Ninja Turtles. One of the greatest people I have ever met…but his story is nuts….and I love it.

If Kevin Eastman gave me a thumbs up for that? I’m down for that.

So if he see this and says yes? I’d do it in a heartbeat. 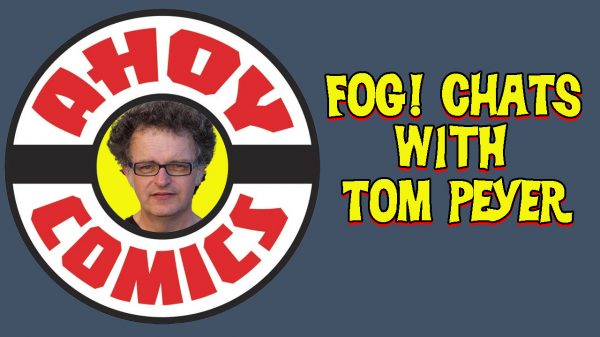