The Sixth Gun is headed toward its final issues but the legacy of the Western will live on.

Before the close of the final The Sixth Gun ongoing series at issue #50, Cullen Bunn explores the story of one of the more important and favored characters of the book, Billjohn O’Henry in the latest mini-series The Sixth Gun: Dust to Dust from Oni Press. 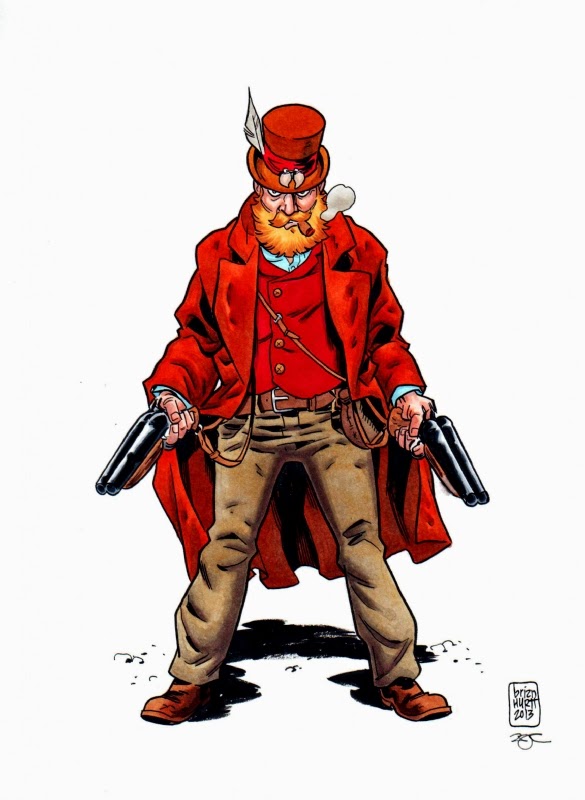 You’re Darn Tootin’ we were able to wrangle some precious time from the very busy Cullen (Hellbreak, Empty Man, Magneto, Brides of Helheim to name a few!) to tell us about Dust To Dust with art by Tyler Crookm as well as another upcoming project.

The Sixth Gun: Dust to Dust can be best described as Lovecraft meets the Spaghetti Western. Issue #2 comes out April 15, so don’t forget to tell your LCS to order some more of this three issue mini and the trades while you are at it!

FOG!: Cullen, thanks for joining us today! Issue #1 of The Sixth Gun: Dust to Dust is out, starring favorite bounty hunter Billjohn O’Henry. Why go back to this, the story of Billjohn? 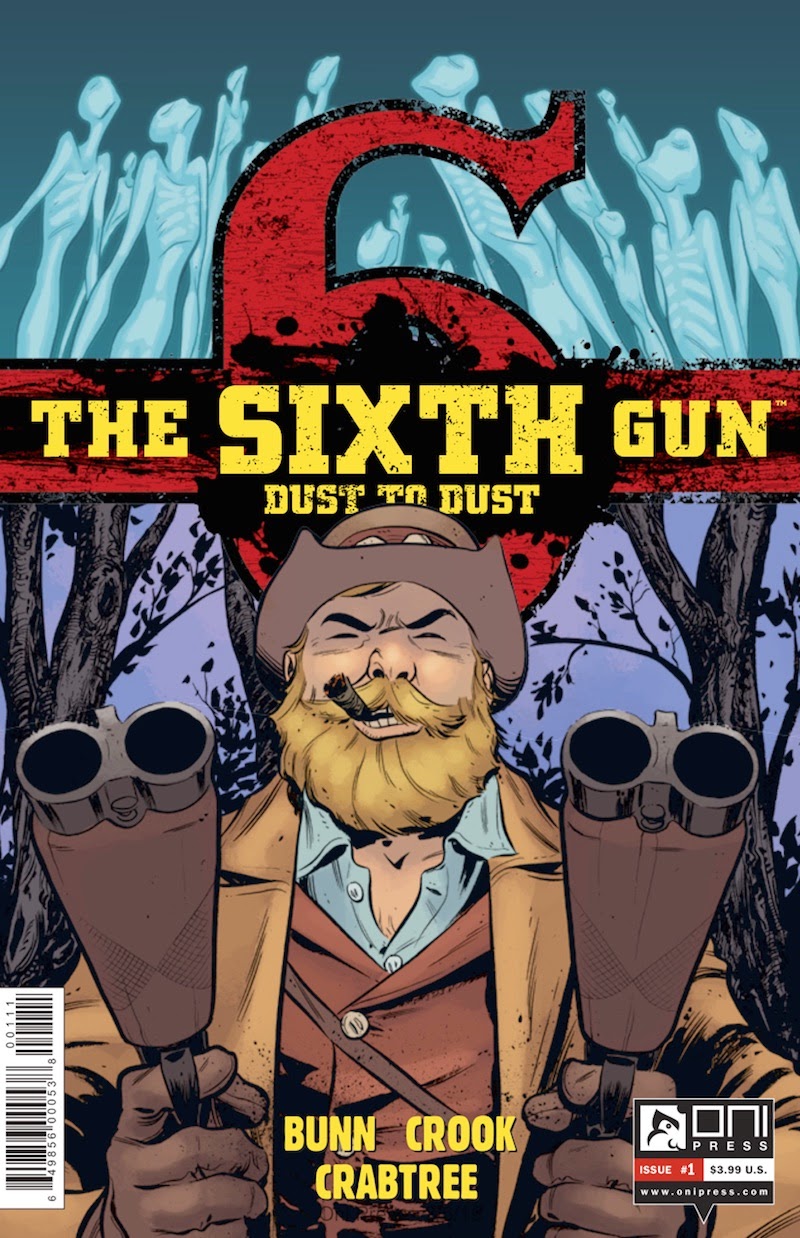 Cullen Bunn: Thanks for talking with me! Billjohn O’Henry, the star of The Sixth Gun: Dust to Dust, is near and dear to me, so I love talking about the book! Billjohn is my favorite character in the series, but we’ve seen so little of his life before his adventure with Drake Sinclair began. I thought it might be nice to take a look at the man before he got himself turned into a mud golem!

Overall, The Sixth Gun has been well received and a popular title since the beginning. What drew you to telling a supernatural story in a Western setting?

The first prose short story anyone ever paid me for was a Lovecraftian Western. It was pretty terrible, a ham-fisted homage to the great Joe Lansdale’s Dead in the West. I published it on my website not long ago if you want to have a good laugh. It does, however, have some hints of things that showed up over the course of The Sixth Gun, though.

Will Dust to Dust have an effect on the conclusion of the series at issue #50 or vice versa?

Dust to Dust is pretty much a stand-alone story. Knowing your Sixth Gun lore will help you enjoy it, and I think reading it may give you a greater appreciation of some things to come, but it is definitely set apart from the main tale we’re telling.

Billjohn and Drake are longtime friends, will we see how they met?

Not in Dust to Dust, although I think that might be an interesting story. I’ve said that once The Sixth Gun ends, we’ll be ending the story of these characters. But I guess this is a “never say never” scenario. I love the dynamic between those two.

In Dust to Dust, both Drake and Billjohn set out on two very dangerous but different quests. Since this is a flashback story we know they both survive, but at what cost to each of those men? 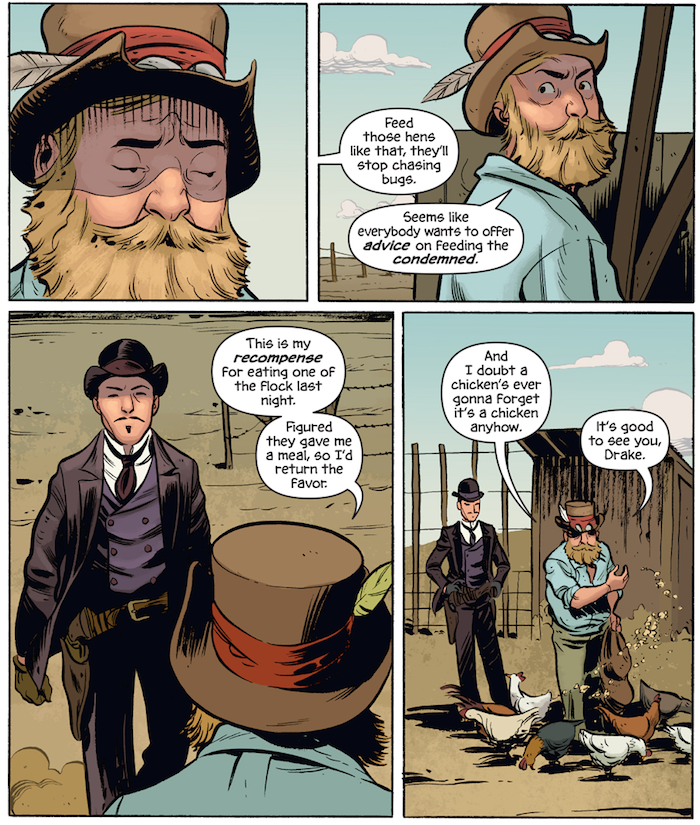 Introducing the Six as ancient artifacts also opens up the possibility of telling some more adventures, do you plan on opening that vault? I personally would love to see more of the Templar stories!

There are so many stories we could tell! The world is so much bigger than what we’ve seen in the main book. Brian Hurtt is writing a three-issue miniseries of his own that features some other aspects of the world. And, yeah, there’s always the possibility of seeing more.

What makes Billjohn your favorite character?

He’s the kind-hearted voice of reason. I think I just really like the dichotomy between Billjohn and Drake, and I love the fatherly figure Billjohn cuts for Becky. It’s that relationship that served as the inspiration for this story. 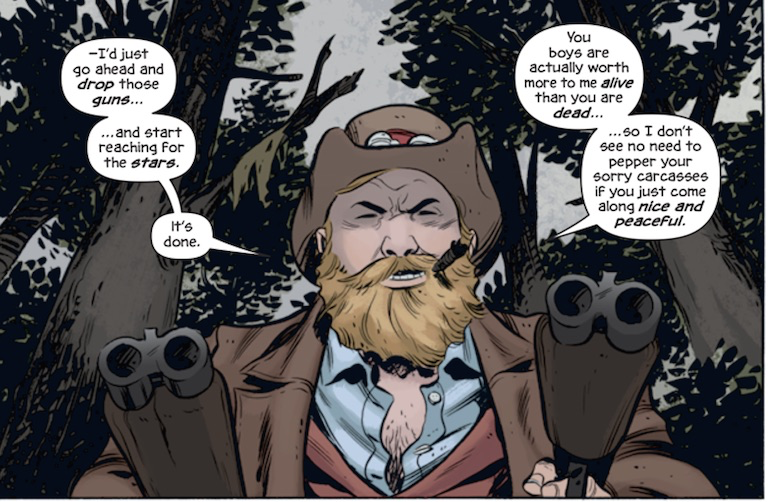 How is it teaming up with Tyler Crook again? His style is close to Brian’s in that it fits with the overall look of the book but he has his own flair.

Tyler is a wonderful collaborator and I’m thrilled to be working with him again. He draws one helluva Billjohn, both in happy times and in heartbreaking times.

Next month Harrow County debuts from you and Tyler. What can we expect there?

Harrow County is a different kind of story. It’s more of a gothic horror fairy tale than a western adventure. It follows a young woman named Emmy who is discovering that the world around her is not only haunted, but connected to her in a way she never expected. Tyler is painting the series, and it is absolutely gorgeous—sweet and creepy at the same time! 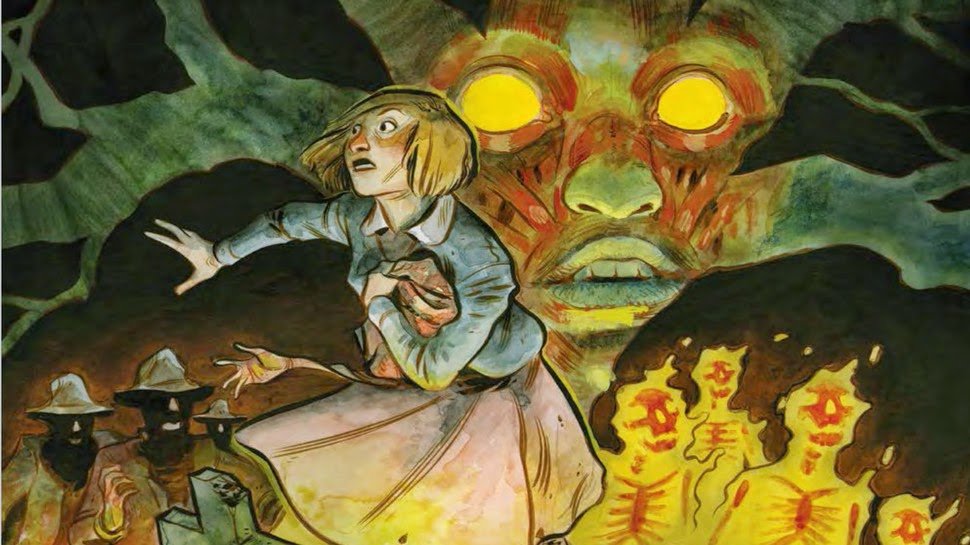 Thanks for taking the time! 2015 looks pretty busy for you, is there anything you’d like to tell us about The Sixth Gun as things start to wind down?

Thank you! I’d say that even if a reader hasn’t tried The Sixth Gun, there’s still time! There are plenty of trades or hardback collections available so you can catch up and dig in to the series before it wraps up with issue 50!

In this article:Comic Books/Strips, Interview, Oni Press, The Sixth Gun