Earlier this week, Humble Bundle launched their latest promotion, centered around one of my favorite comic strips of all time, Bloom County.

I’ve made a few purchases from Humble Bundle and personally think what they do is both unique and fantastic.  I had the opportunity to discuss the launch of the Humble Bloom County Comics Bundle with Kelley L. Allen, the director of e-books for the company.

FOG!: For those unfamiliar with Humble Bundle, what is it?

Kelley L: Allen: Humble Bundle organizes pay-what-you-want plus charity promotions for awesome digital content such as games, books, and comics, and puts the power directly in the hands of the consumers, offering them fully-featured titles at prices they set themselves.

Consumers pay what they want and decide how to allocate their money between content creators, charity and a humble tip.  Among the comic companies we’ve worked with are Image, IDW, Dark Horse Comics, Valiant and Dynamite.

This week you launched a Humble Bloom County Comics Bundle. What was the genesis of offering this classic strip?

Traditionally, we have offered two week book bundles here at Humble.  We have a great relationship with IDW and we often talk about trying different types of experiments with our promotions. One idea that we floated around is starting to create smaller one week bundles.

Also, I’m a huge fan of Bloom County since I grew up reading the strips.

We noticed that our customers love to acquire the entire collection of series.   So, we thought it made perfect sense to offer every single Bloom County strip.

For those who read the adventures of Milo, Cutter John, Binkley, Steve Dallas, Opus, Bill The Cat and Portnoy, why do you think Bloom County will appeal to younger readers who never read the strip before?

As a Gen X’er, I have a lot of nostalgia for Bloom County.

There was quite a lot of debate in the office if Bloom County would resonate with our customers, especially the younger ones. However, once shown the image of the iconic Opus, everyone on my team instantly recognized him.

Even through they didn’t grow up reading Bloom County, the comic still rings true on many fronts — including the absurdity of politics and finding love.

Long before the Kardashians became a household name, Bloom County was already poking fun at our celebrity obsessed culture.

Can you tell us a bit about what charity Humble Bloom County Comics Bundle supports? 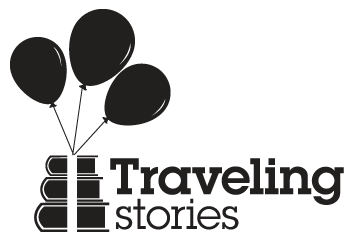 Traveling Stories is a nonprofit organization dedicated to eradicating poverty through a variety of book initiatives.

They have built libraries in book-poor villages around the world such as El Salvador, Nicaragua, Philippines, South Sudan and Cambodia.  They also provide free reading support in the U.S. through their StoryTent programs.

Would you still vote for Bill The Cat for President?

I’m afraid not.   Especially after his alleged affair with Paris Hilton.  However, I would so fanboy him if he ever had a Deathtöngue reunion.

After the jump check out the all of the details of this amazing bundle!

On the heels of the mega successful Humble Transformers Bundle 2, Humble Bundle and award-winning comic company IDW Publishing are continuing their partnership this month with the launch of the Humble Bloom County Comics Bundle. For the very first time, fans can purchase Bloom County through Humble Bundle and unlike the standard two week time frame for book bundles, this offer runs for one week only.

Acclaimed cartoonist Berkeley Breathed’s seminal work is presented here in full which features some of his most famous creations such as Opus the Penguin and Bill the Cat, who both went on to star in Bloom County spin-offs Opus and Outland, both collected here as well.

Customers can name their price for volumes 1-4 of Bloom County: The Complete Digital Library.

Those who pay more than the average price will also receive volumes 5-9 of Bloom County: The Complete Digital Library.

“I’m a huge fan of Bloom County and have been so for years,” said Kelley Allen, Humble Bundle’s Director of Books. “I recently re-read many of the strips and still find the adventures of Opus, Bill the Cat, Steve Dallas, Milo Bloom, Oliver Wendell Jones and the rest of the gang downright hysterical and still very relevant. Although we don’t talk much about Mary Kay and Lee Iacocca these days, Bloom County focused much of its humor surrounding the absurdity of pop culture worship. For example, when Sean Penn beat up wannabe photographer Steven Dallas. Berkeley Breathed riffed on that for many strips, poking fun at our litigious society.”

As with all Humble Bundles, customers can choose how their purchase dollars are allocated, between the publishers and charity. The Humble Bloom County Bundle Presented by IDW supports the charity, Traveling Stories, a charity with the core values of promoting literacy, building libraries, and inspiring a love of reading.