Gordon is fed up with Commissioner Loeb allowing corruption to run amok in the GCPD and has decided it’s time to find what skeletons are hiding in his closet and use that leverage against him.

He enlists the aide of Harvey Dent to do some digging as well as The Penguin himself. 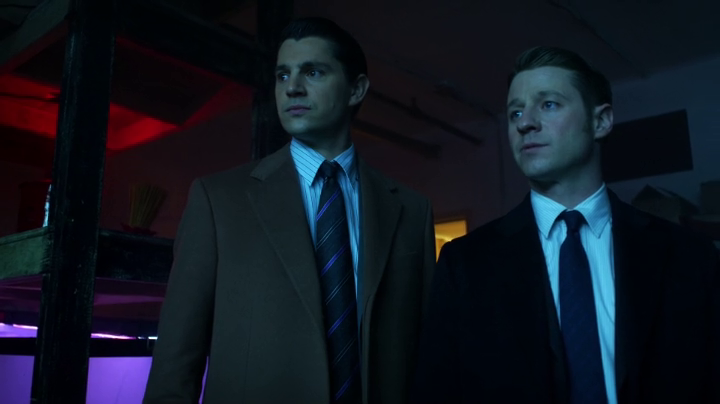 Meanwhile, Fish finds herself face-to-face with her captor and discovers the what dark secrets are behind her current prison.

It feels like with the previous episode we’ve turned a corner. The show is starting to feel like it has direction and the writers and actors know the characters better than ever. Whatever the reason, it’s a good thing and I really have few complaints about this episode.

Fish once again has scenes worth watching and she’s becoming more than tolerable. I never thought I’d say it but I’m actually beginning to look forward to her scenes. I’d like to say all my bitching about her had some small part in taking her in a new direction but I’m sure I was but one of a very vocal majority. 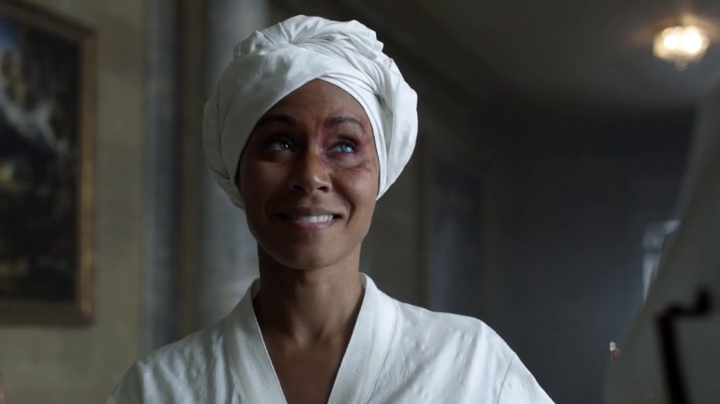 As usual, Penguin did not disappoint, providing some of the episode’s best scenes. Prior to Gotham, I never would have considered him as one of my top five Bat villains, but he may have just cracked it with this episode.

There was very minor focus on the kids which is always a good thing and for once they didn’t annoy me. Less is more with Bruce and Selina and this was the correct amount of screen time for these characters. 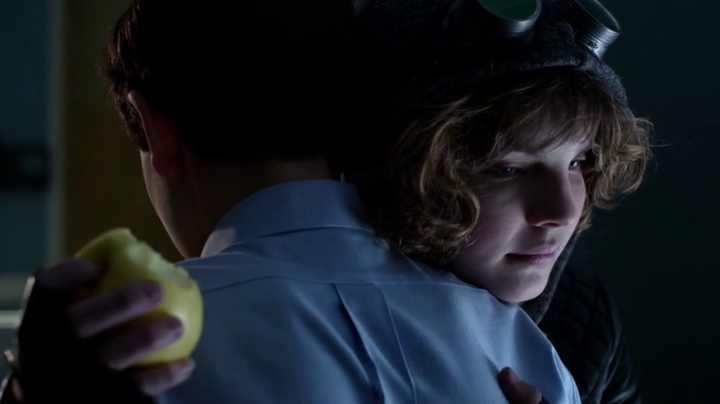 Even the Riddler, who I usually can’t stand, I’m beginning to warm up to as they’re portraying him as more of a person and less of a cartoon (which is ironic because I found the cartoon version less cartoonish). They’ve been building up his story for a little too long, so I really hope it pays off before the end of the season.

Like I said, I really did enjoy this episode and if I really had to find something to downgrade it for, it would be the bad CG when we see how Dr. Dulmacher (still hate that name), punishes his building manager. 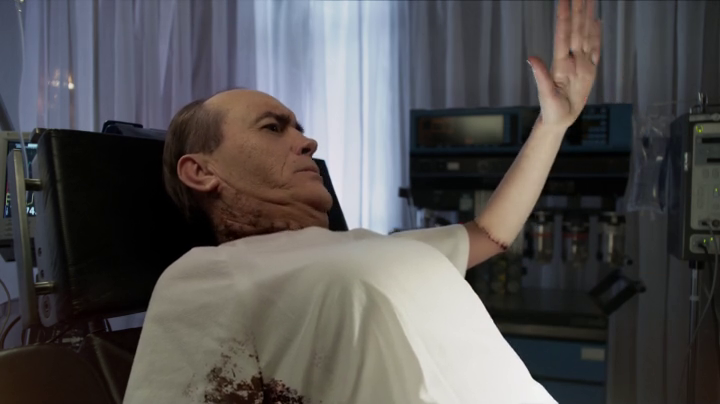 By the way, how ironic is it that the star of Re-Animator suffered the bizarre fate that he did. Was this some kind of inside joke?

Harvey Dent returns after a long absence. It was cool to see him and Gordon working side-by-side as it reminded me of one of my favorite stories The Long Halloween. I’m also glad that they just played it straight and didn’t show him losing his temper or flipping a coin or something lame like that. 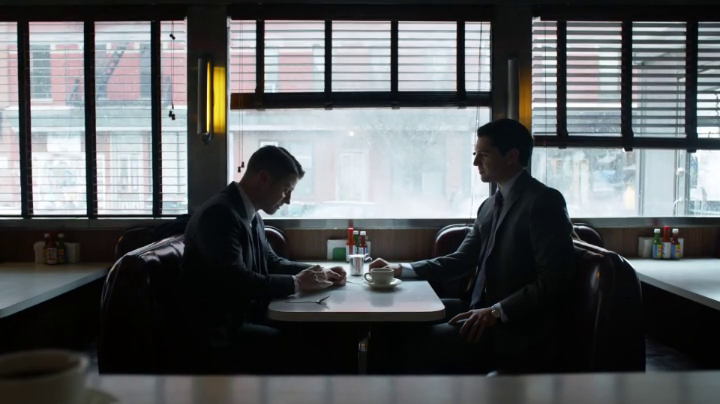 This is a chance to show him as a good DA fighting for justice. The rest of his story can play out later.

Again, I can’t believe I’m saying this, but I’m looking forward to the next episode of Gotham. The thing I used to dread sitting down to week after week is actually beginning to find its way. 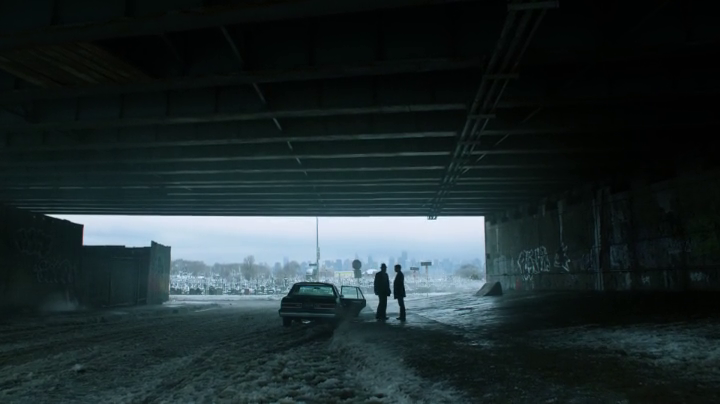 It’s not perfect, and it took a hell of a long time to work out the kinks, but we may have finally reached the end of the long, dark tunnel. I’ve said it all along that it wasn’t Batman who we needed to save Gotham, it was just solid writing and we’re finally starting to get it.