The Painting, a horror-comedy that celebrates the Grand Guignol style of filmmaking makes its World Premiere, March 21st at the 12th Annual Garden State Film Festival.

The dilemma facing Edward Alfonso Lexington (Mollohan), a spoiled, pretentious, talent-less “artiste” and son of a world renowned deceased artist is…what is one to do when they don’t have the talent to follow in their famous father’s footsteps? Edward will stop at nothing to be as famous as his father, as he lures unsuspecting artists to his home to paint, then signs his name to their art, and afterwards, makes them disappear – one at a time. But he may have met his match when he crosses paths with an artist/voodoo Queen, who has her own plan in mind for Edward. 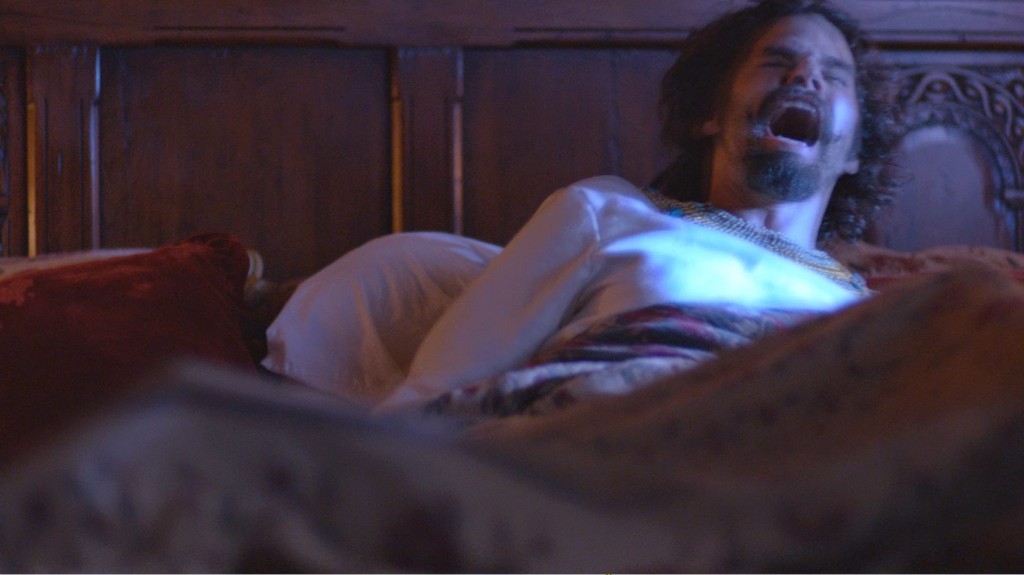 The Grand Guignol was a theatre in the Pigalle area of Paris from 1897 until its closing in 1962. It specialized in naturalistic horror shows. Its name is often used as a general term for graphic horror entertainment. Whatever Happened to Baby Jane?, Sweeney Todd, Freaks and the films of acclaimed Italian director Dario Argento are generally considered to be Grand Guignol style films.

The Garden State Film Festival (GSFF) was born in 2002 after a chance encounter in a Sea Girt, New Jersey grocery store by film industry veteran Diane Raver and late actor Robert Pastorelli. The Festival premiered in 2003 and was immediately deemed a huge success. Since that time, industry notables such as Glenn Close, James Gandolfini, Budd Schulberg, Bruce Springsteen, Diane Ladd and others have lent their support.

GSFF provides a wide range of outreach and educational programs throughout the entire year. The prestigious event is held in Atlantic City, New Jersey.

After the jump, check out the trailer for The Painting.


Edward Alfonso Lexington (Robert Homer Mollohan), son of the late, British impressionist Alfonso Lexington, lives in a grand, gothic, hillside mansion in California. He lives with his mother, DRINA who suffers from a psychiatric disorder and Aytas, the family butler.


Edward has studied and flunked out of the finest art schools in the world. He too, suffers from a mental disorder after seeing his father die suddenly while completing a painting for Edward on his tenth birthday. Edward loved his father, and wanted nothing more than to be a master painter, like him. But he cannot erase the horror of seeing his father collapse; he associates painting with pain and death and finds it impossible to follow in his father’s legacy.


Needing to support the life style, he realizes he can lure undiscovered artists to his home to paint for him. He pays them a stipend, but after a few paintings they become disillusioned realizing Edward is signing the paintings and claiming the art as his own.


On the prowl he finds Marie Lavaux, a practicing voodoo/artist. Marie makes herself at home outside in Edward’s garden and begins her voodoo ceremonies, unearthing the bodies of past artists and casting a spell on Edward. Edward watches as his ‘self portrait’ turns into a monster before his eyes.


The curse sets the horror in motion as Edward’s madness takes a toll on what little sanity remains and his dark secret is exposed.

The Painting will premiere at the Garden State Film Festival Saturday March 1st at 8:30 PM.  Click HERE for tickets.