You know how it’s not only okay to make fun of Furries, the whole culture around it and even kind of encouraged?

How even among geeks, that’s the one group everyone is more than fine marginalizing?

This is the story of how I got off that particular hate train.

Two years ago, I was dragged to one of my wife’s work events. This particular meet-and-greet was being held in downtown Atlanta at the Hard Rock Cafe, and the only reason I was excited to be there was because there was an open (and unlimited) bar. I got more than a little tipsy.

Scratch that, I got drunk.

You know what I mean by that. Don’t pretend that you don’t.

“Let’s go to the Furry Convention!”

Right across the street from Hard Rock Cafe Atlanta that very night at The Westin was a fairly large gathering of Furries, all of them in town for Furry Weekend Atlanta 2013.

Had I not been drunk, my reaction to someone suggesting we go to Furry Weekend Atlanta, even as tourists, would have been a resounding “Hell no!” But like I said; college-drunk.

And when you’re college-drunk, you’re open to anything.

So across the street we went to the Furry convention! 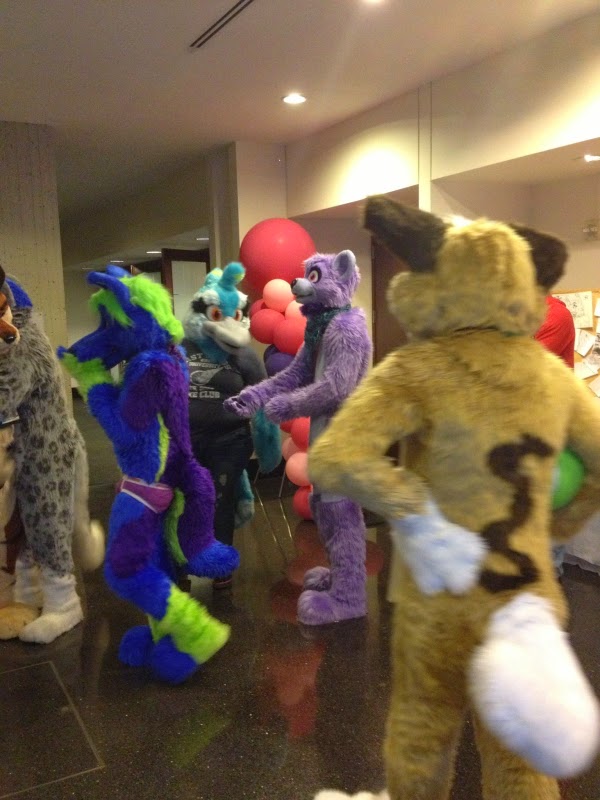 And holy shit, were there furries everywhere.

I mean, yes, it was a furry convention, but I don’t think the uninitiated human mind is ever prepared for seeing that many people in finely crafted animal costumes in one place. We wandered through the mass of anthropomorphic animal-people, marveling and even giggling a little. They were silly, right? I mean, who in their right mind dresses or behaves the way these people do? They’re not normal. They can’t be! No way!

And that’s when we met Shaw. 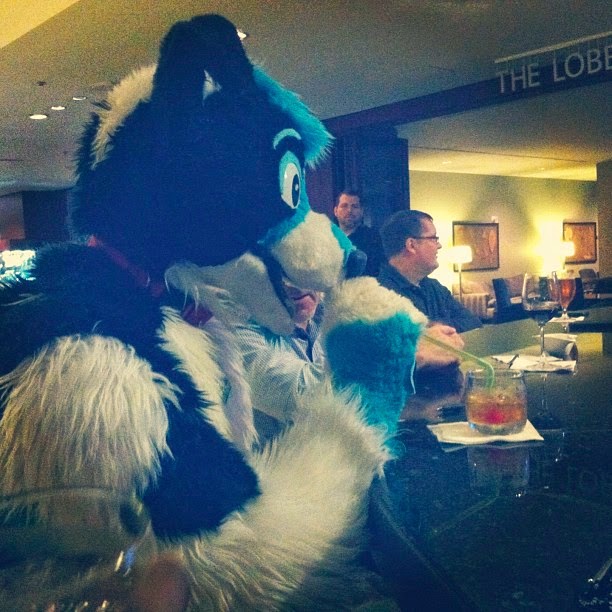 Shaw was drinking alone at the hotel bar. No idea how long he’d been there, no idea how many other tourists had bothered him, but I do know if the Furry community ever needed an official ambassador, then it has to be this guy. It was Shaw who pretty much singlehandedly changed the way I looked at Furries from the moment I first asked if I could take a picture.

He was so comfortable with who he was you really couldn’t help but be more than a little envious. I don’t dress in a blue wolf costume and go walking through major metropolitan areas and I’m pretty certain I’m not half as comfortable with myself as Shaw is with himself.

On top of that, he welcomed any and all questions a tourist could have. Shaw was cognizant of the fact that his lifestyle ain’t exactly the norm, and people tend to make fun of what they don’t see as normal. Shaw was in fact so cool and comfortable that, no bullshit, after a few minutes, we actually forgot we were talking to a guy in a blue wolf costume.

We were talking to (and drinking with) a guy named Shaw and Shaw was likeable as hell.

Oh, and did I mention every year, Atlanta Furry Weekend goes out of its way to raise money for charity?

“We expect people are going to stare at us and think we’re weird,” Shaw said, setting his drink back down at the bar. “But I think we do a good job of showing them we’re pretty good people who just like to have fun in a different way than they do.”

So that’s it. No more mocking. No more weird looks when I see them out and about. I’m done. I spent a night partying with these people and they still welcomed me, my wife and everyone else who had wandered into the hotel that night to have a laugh at their expense. 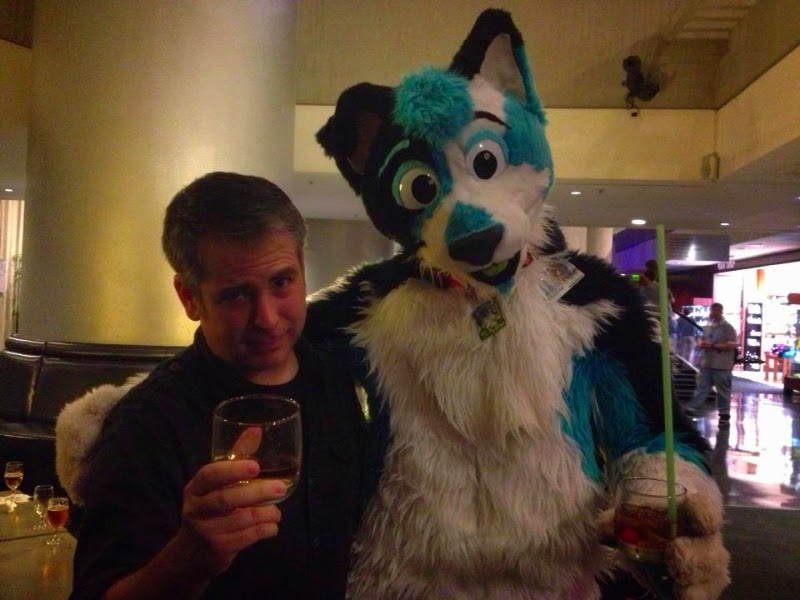 They won us all over with acceptance.

In this article:Fandom/Cosplay, Furries, Nostalgia, Written by Chris Brennaman