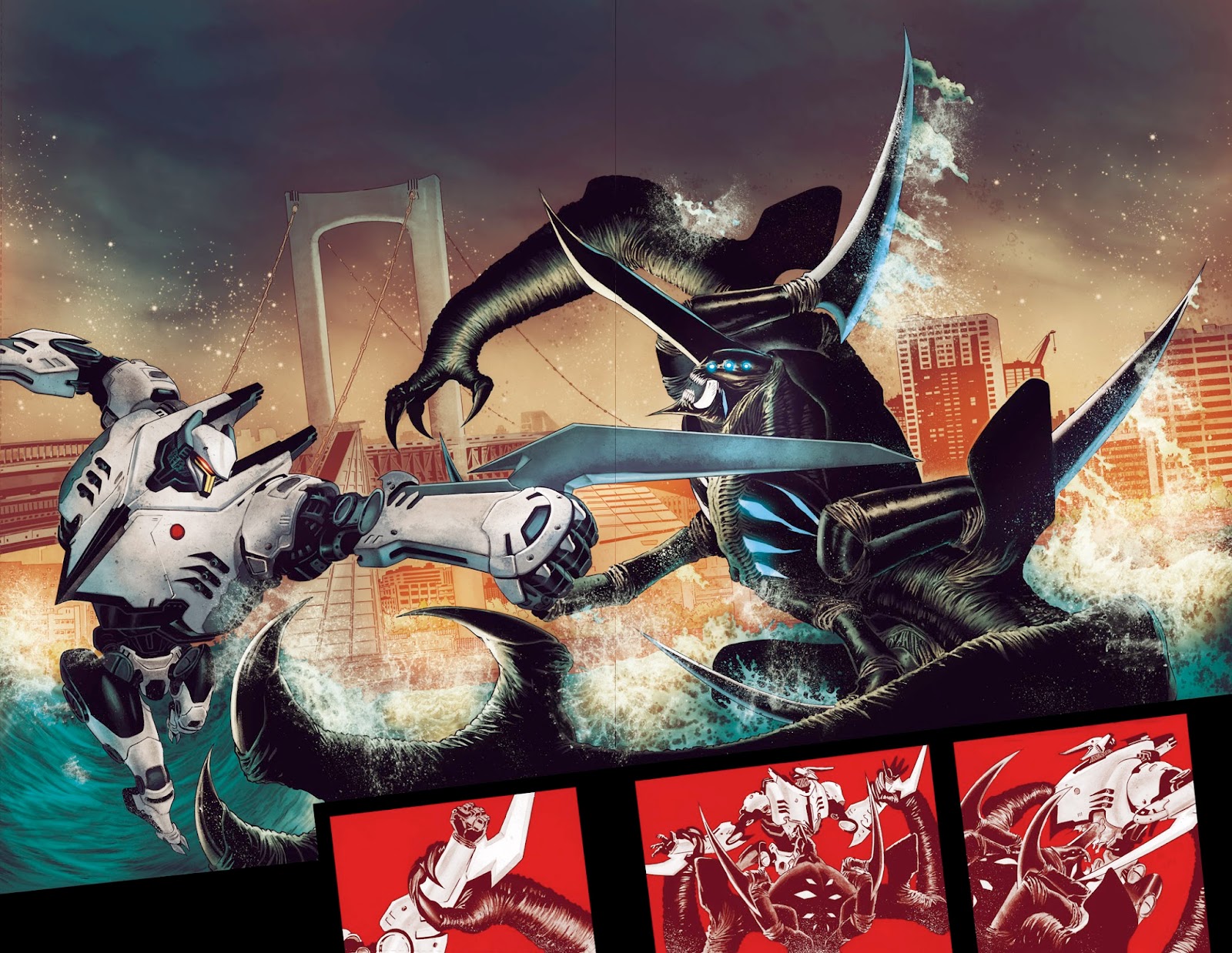 Guillermo del Toro promised more adventures from the world of Pacific Rim – and he has delivered. Legendary is taking fans back to the frontlines of a larger-than-life battleground with Pacific Rim: Tales from the Drift, the official new comic series presented by director Guillermo del Toro and featuring a story from Pacific Rim screenwriter Travis Beacham. A continuation of the bestselling graphic novel Pacific Rim: Tales from Year Zero, the new Pacific Rim comic series will feature Jaegers never before seen in combat, squaring off against all-new Kaiju creatures.

Finally, Legendary is partnering with acclaimed writer Steven Grant on Cops For Criminals, a daring new crime-thriller series about a federal agent forced to find true justice in the criminal underworld. Pete Woods, whose long and storied career includes iconic franchises such as Deadpool, Catwoman and Robin, returns to pencil, ink and color the title.

To celebrate these launches, Legendary is also giving fans the chance to win an exclusive page of original artwork from the upcoming Pacific Rim: Tales from the Drift. Participants are invited to enter at PacificRimComicArt.com to win this one-of-a-kind prize.

More information on each series can be found after the jump.

Pacific Rim: Tales From the Drift

Following the best-selling graphic novel Pacific Rim: Tales from Year Zero, Legendary takes you back to the frontlines of a larger-than-life battleground with Pacific Rim: Tales From the Drift, the official new comic series presented by director Guillermo del Toro and Pacific Rim screenwriter Travis Beacham.

Prepare to do battle with all-new Kaiju creatures in this thrilling continuation of the Pacific Rim universe.

More information will be released at a later date.

A suburban housewife with a criminal past and a thirst for adrenaline is about to get a top-secret side job: carrying out the government’s most dangerous missions.

Renear is tired of playing by the rules. A valedictorian and top athlete in her younger years, she’s sacrificed a promising career to tie the knot and play house… isn’t there more to life than this? Of course there is – if you’re willing to take the shot.

It’s time the world found out what she is truly capable of.

When a federal agent becomes a victim of the system he has sworn to uphold, he finds true justice in the criminal underworld.

Agent Woods was one of the best – but everything changed when he was wrongfully convicted and labeled a traitor. After serving his time, this ex-convict is cut loose onto the lawless streets to fight corruption on both sides of the law. Even criminals need a code – and every code needs an enforcer.