Here’s the pitch by our friends at Diamond! 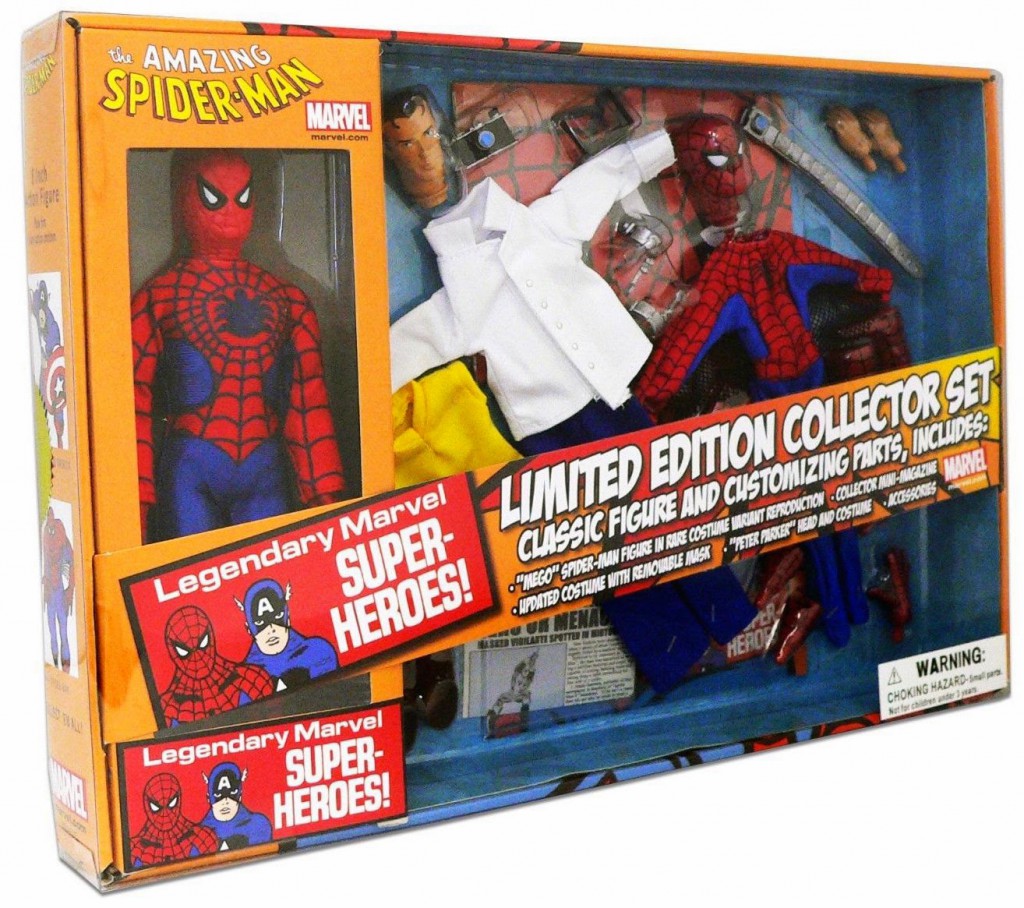 The Marvel Cloth Retro line will capture the nostalgia of the
1970s and add a modern-day spin in a series of limited edition 8-inch
figures.  The line kicks off with none other than the Amazing
Spider-Man! Spidey will feature a real cloth costume based on his
original 8″ release, as well as easily interchangeable additional heads,
hands, outfits and accessories to turn him into Daily Bugle
photographer, Peter Parker, or a more modern comic version of the
wall-crawler! The “throwback” outfit will come on a standard retro-style
body in a reproduction box based on the classic packaging.  The
additional outfits and parts will come packaged on a display tray, along
with a miniature booklet outlining the history of the character.
Spider-man, and future releases in the line, will be limited to only
3,000 sets, so get on board now! Designed and sculpted by EMCE Toys!

And here’s what I thought:
THE GOOD
Growing up with the Mego line of superheroes, seeing a Spider-Man figure reminiscent of that line was more than exciting.  Plus, this set also includes costumes/variant heads and accessories to replicate both the Classic Mego design, plus Peter Parker and an outfit inspired by the classic Steve Ditko run (including under the arm webbing!).
Here are a few photos of the toy in the various costumes.
It’s a pretty cool set and the combination of accessories and outfits make this an easy purchase for any die-hard Spider-fan (although the $80 price tag might turn off a few people).  Also included is a well produced small magazine that provides plenty of background info.  The design of the packaging (also reminiscent of classic Mego) and the window display are both visually striking.
But, unfortunately, there are a fair number of concerns.
THE BAD
I haven’t had any Megos since I was a kid, but at the time it was among my very favorite toys.  This figure doesn’t feel like a Mego,  It’s body seems more fragile and smaller in scale and the heads seem to be made of a firmer plastic.  I could be wrong, but something just feels off.
Also the quality of the clothing varies.  The newer Spider-suit never seemed to fit properly and Peter Parker’s glasses don’t stay on.  His yellow vest is extremely difficult to put on (and is very fragile).  And the figure doesn’t stand well on it’s own.
Finally, aimed at a collector’s market, the box itself is fairly fragile and there’s no way to remove the figure and accessories without tearing out the bottom.  It’s not a huge deal, but it would have been nice to be able to preserve the packaging.
THE SPIDEY
The biggest takeaway (and maybe the price point was the actual indicator of this) is that this is not a toy.  Despite looking like the Mego figures, this requires a more delicate hand and isn’t really designed for play, but is more designed for display.
For a Spider-Man fan or action figure collector, this set is worth the temptation; it’s well produced with lots of accessories and looks fantastic on a shelf.
For a more casual fan, given the price point and the overall delicate nature, remember with, great power there must also come great responsibility. 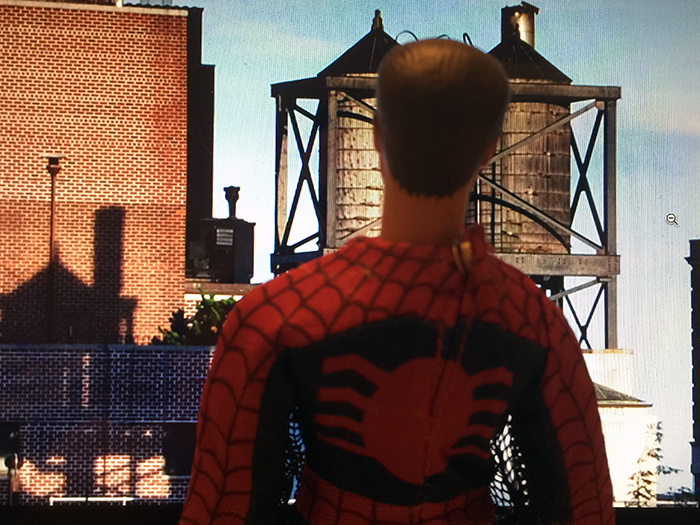