On Saturday afternoon in Hollywood, fanboys and girls from all corners of the world gathered as the Dolby Theater was temporarily converted to Starling City and then Central City for back-to-back panels of CW shows Arrow and The Flash.

Aisha Tyler moderated both panels as best she could.

Widely known to be a huge CW and comic book fan, she has a genuine passion for both shows but even that couldn’t penetrate the infamous rule of secrecy the show-runners have set in place.

THE DC CANON IS ONLY MILDLY IMPORTANT

While the producers try to adhere to the chain of history that runs deep through the DC universe, they confessed they benefit from Oliver Queen and Barry Allen being a little less popular than Clark Kent and Bruce Wayne. They feel perfectly comfortable veering away from the canon to move the show forward.

They always have the shows’ integrity and fans in mind – not to worry.

ARROW’S GOING TO GET EVEN DARKER

“It’s gonna get worse before it gets better,” said star Stephen Amell about the shows descent into even darker themes and storylines. “Ra’s Al Ghul’s offer is an offer in name only. It’s really not an offer,” he explained. “It’s a demand.” 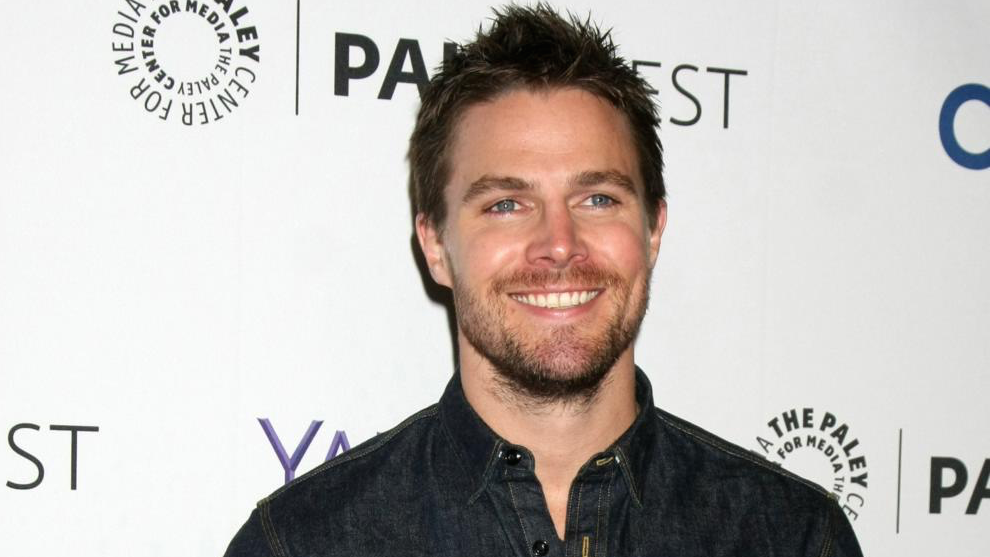 The implications and complications that result from this turning point will include even more people finding out who Arrow really is – among them Detective Lance (Paul Blackthorne) and Ray Palmer (Brandon Routh).

Similarly when Iris (Candice Patton) finds out the truth about her best friend, “it’s going to change everything,” revealed Patton.

Both casts acknowledged with laughter the seeming lack of security for both Team Arrow’s base of operations and S.T.A.R. Labs as well as how many people now know the true identity of their masked heroes. It did not escape anyone’s attention that the two main characters left in the dark are both detectives. 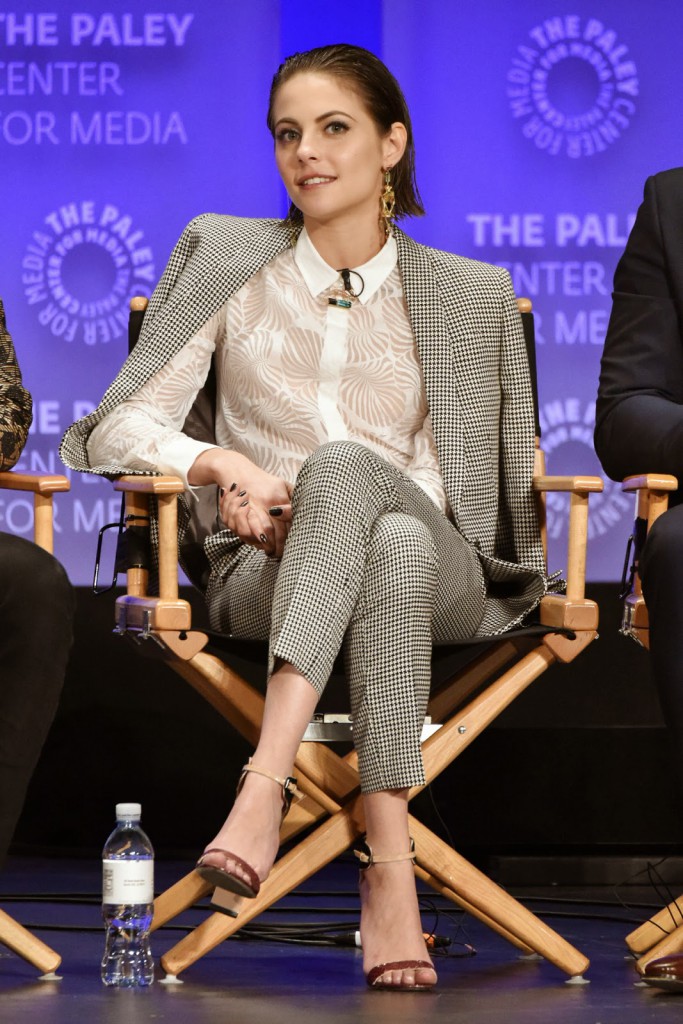 However some of the actors, like Willa Holland, acknowledged the liberation that comes with knowing the truth. Often times the actors have to pause to think or consult with a producer to reconcile what their character knows and doesn’t know before performing.

“Um…. Who’s feeding the meta-humans?” asked one fan in the audience to a response of uproarious laughter from the crowd. Everyone was delighted to report that there is actually a scene revealing that in our future. Their own version of Central Perk’s Gunther.

Co-creator and Executive Producer Greg Berlanti said he’d have some ‘spalining to do with his female relatives if his shows didn’t portray some strong, intelligent female characters. The shows teams take a lot of pride in showcasing diverse, layered female characters – especially if they can make science and tech look cool. 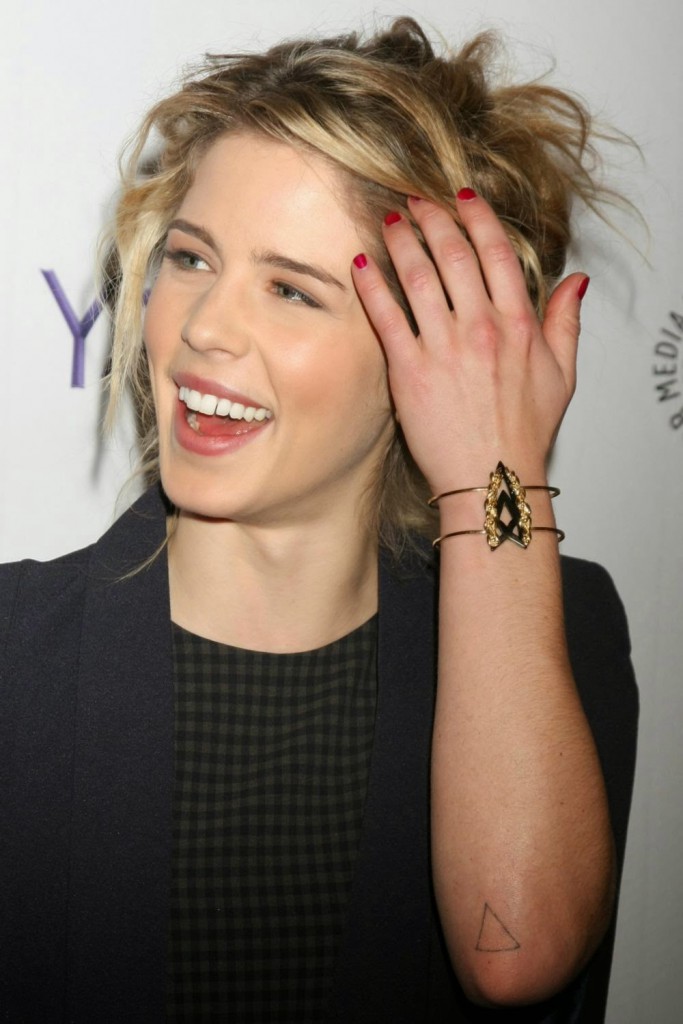 Expect a nemesis for Felicity Smoak (Emily Bett Rickards) to surface in Central City with another Emily – Emily Kinney – coming into play as Brie Larvan, a reinvention of classic DC villain Bertram Larvan, also known as the “Bug-Eyed Bandit.”

JOHN BARROWMAN IS THE CLASS CLOWN

Among everything that happened during the event, it was abundantly clear that both casts enjoy what they do – as well as being with one another – immensely. “I mean, I got to work with Jerry Orbach…. But I didn’t think I’d ever get a chance to do anything close to this,” said The Flash’s Jesse L. Martin. 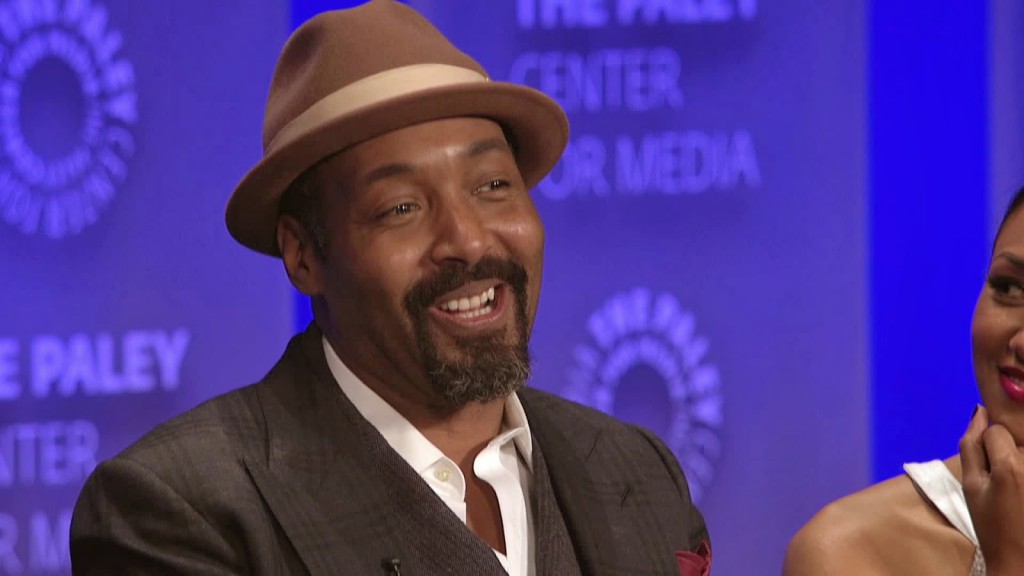 However, John Barrowman seems to carry a little of the infamous Captain Jack Harkness (his Doctor Who character) sexual innuendo with him in everything he does. 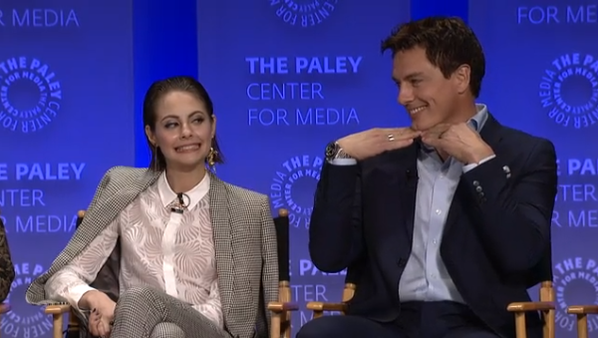 He was perpetually smiling, joking and cracking daddy jokes with his TV daughter, and when a fan asked each of the cast members to say what their League of Assassins’ name would be, he replied “Cialis.”

PERHAPS THE BEST MOMENT OF THE NIGHT

When 8 year old Gavin Richter grabbed the mic and simply recited The Flash opening monologue. The theater was SCREAMING for this kid — you can’t really tell in this video but it was the most applause we heard all day. So cute.

There were a lot of little kids in the theater, which was awesome.

FANS WILL WAIT FOR NO MAN. OR WOMAN.

Sensing the Arrow panel was about over, rows of the theater emptied as fans rushed the stage, swag flailing in the air, waiting to be autographed. Shocked and almost incensed, Tyler sent them back to their seats while a dozen security agents turned out to ensure they did so. When the panel actually concluded moments later, they rushed again; and again at the end of The Flash panel.

The actors are always gracious during this PaleyFest ritual – they stick around to sign autographs and take selfies – but somehow the entire spectacle cheapens the event.

It is a privilege to attend these panels. Where else would we have this opportunity but in the City of Angels? Seeing these two panels back-to-back was a privilege in of itself – few shows have ever partnered and supported one another as successfully as these two do. And by the looks of it, that synergy will continue to thrill us all for quite a while. For each tiny tidbit revealed during the sessions, there were ten things left unsaid. Two clip packages left the audience breathless on the edges of their seats.

In this article:Arrow, PaleyFest, Television, The Flash, Written by AJ Feuerman