It takes its title from the small railroad – still in existence – that once ferried people up and down the steep hill and which features hilariously in the film’s abrupt climax. 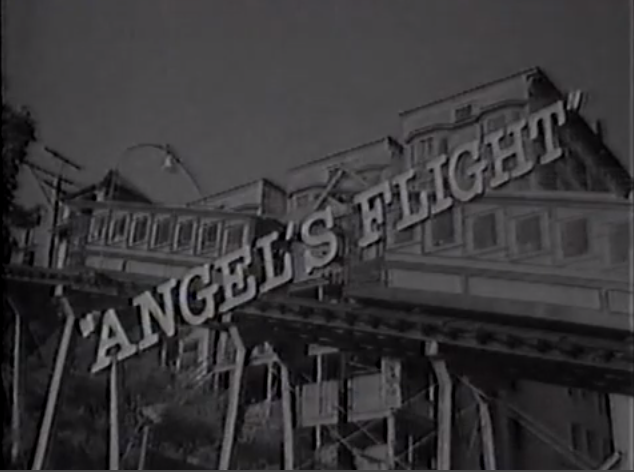 The movie is, frankly, terrible, but it’s a must-see for anyone who wishes they could have seen the hill’s crumbling Victorian houses immortalized in film noirs Kiss Me Deadly, Criss Cross, Act of Violence, Cry Danger, and Joseph Losey’s M remake.

Since it was filmed in 1965, it lives on as memorial to Bunker Hill, just before the entire neighborhood was leveled to make way for towering steel skyscrapers.

If you’ve never seen Angels’ Flight, you’re in luck: The whole film, in its shoddy glory, is on YouTube.

Indus Arthur (The Slender Thread, M*A*S*H) stars as Liz, a beautiful blond stripper whom no one realizes is the mysterious killer who’s been slashing men’s throats all over Bunker Hill. She has her reasons, which are all too easy to guess since when she’s not killing or stripping, she’s painting the same man’s face over and over. She’s a remarkably easy pickup, which should give her victims pause, as should the hilariously “seductive” stare she fixes them with as she strips, which would more accurately be described as series of bizarre grimaces. 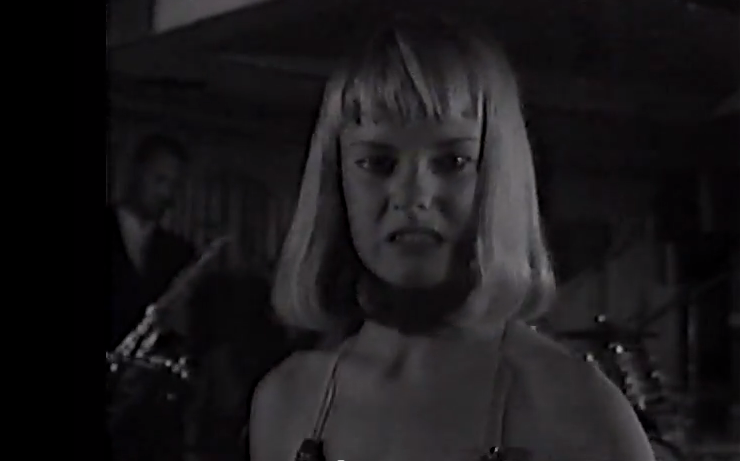 Meanwhile, novelist Ben Wiley (William Thourlby, the original Marlboro Man, who also appeared in The Manchurian Candidate and The Creeping Terror) is in a drunken haze after losing his wife. Thourlby recalls Steve Martin in Dead Men Don’t Wear Plaid, except that this isn’t supposed to be a comedy.

They both frequent the local bar, Angel’s Flight Cafe, and he naturally falls for her.

Can his love stop her homicidal urges? Dig the scene where the two spend the day at the local park, he with his typewriter, she with her paints and canvas. When she’s about to paint another twisted masterpiece, he grabs a fresh canvas and draws stick figures of a man, a woman and some kids… see, Liz, it’s just that easy to let go of the past! 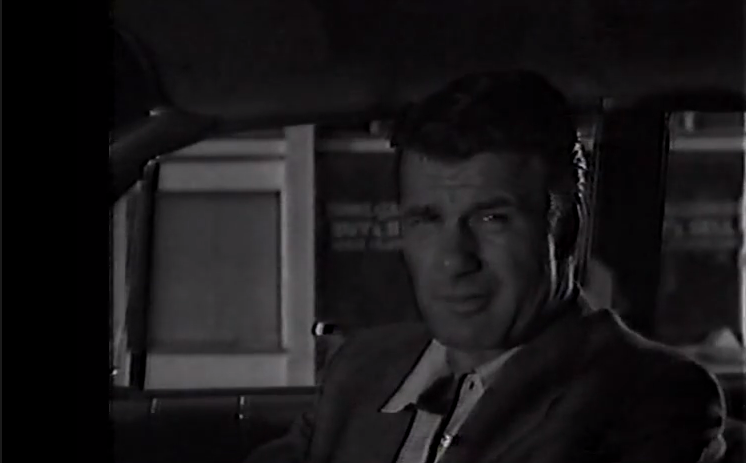 Ben happens to be friends with the cop assigned to the murders, and he agrees to act as decoy since the killer is only targeting “pretty men.” (Thourlby, it should be noted, also produced the film.) This involves hitting on every woman he sees, one of whom happens to be a young Rue McClanahan (billed as “Rhue”), who plays a drunken floozy trying to make her man jealous. She ends up hauled away in a police car, kicking and screaming. 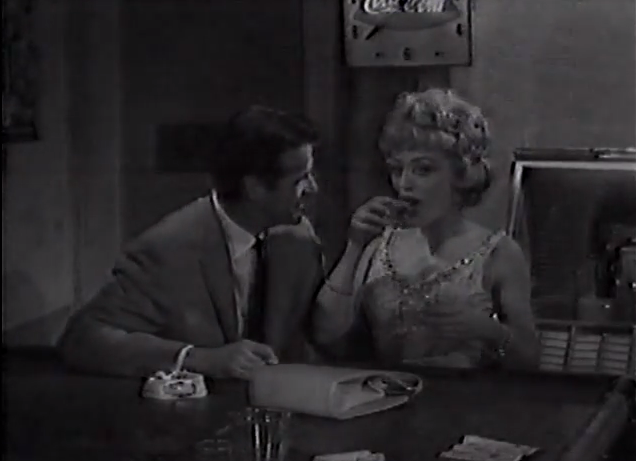 Once Ben guesses the truth about Liz, she attempts to flee, jumping on Angel’s Flight: In what is surely the most-rushed ending ever filmed, she miscalculates and (presumably) falls to her death.

Apparently, the production was busted for filming without a permit and abruptly shut down.

As for Angels’ Flight, the historic railway itself, it remains shut down due to safety issues. You can still visit it at 351 South Hill Street in downtown Los Angeles.