HBO’s The Jinx has been the topic du jour for the last week.

In what’s probably a first for true crime TV entertainment, a TV program appears to have cracked a case and surreptitiously recorded a confession. Everyone hoped Serial would do this, but it didn’t come close to what The Jinx has apparently done. There are certainly ethical issues with the fact that director Andrew Jarecki withheld information from the police so that he could be the one to break the case, but what troubles me is how the mini-series masquerades as a documentary so that it can appear an authoritative voice and what really happened. 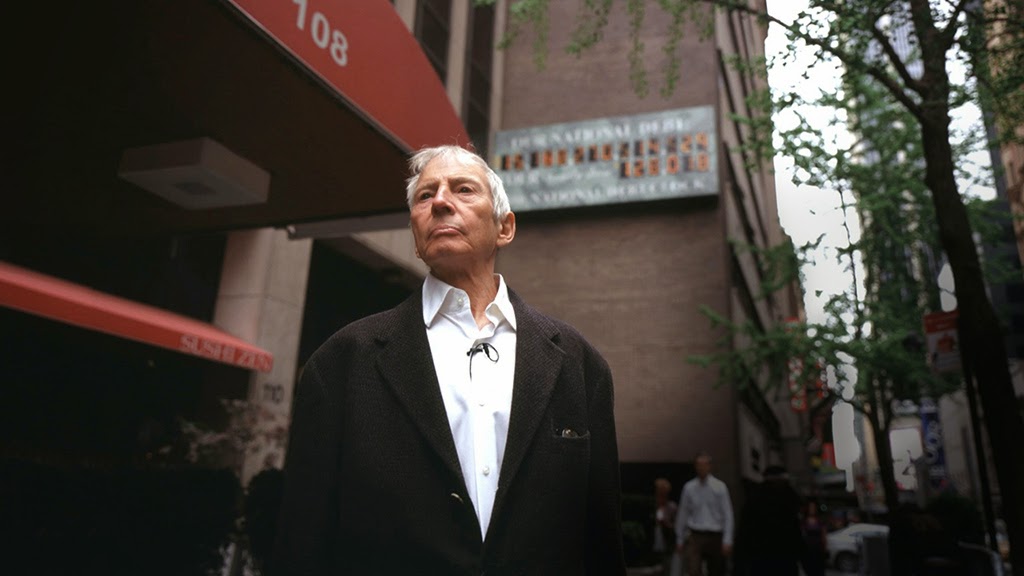 Now I enjoyed the mini-series and praise Jarecki’s interviewing skills and the vivid portrait he painted of Robert Durst.

But from the start of The Jinx one choice of his that bothered me was the heavy use of reenactments.

I’ve always felt that reenactments clash with the fundamental idea of documentary filmmaking. But I understand that directors don’t want their whole film to just be talking heads, and I know I’m in the minority on this.

Jarecki, however, pushes reenactments into a new territory by reenacting events that are unconfirmed. 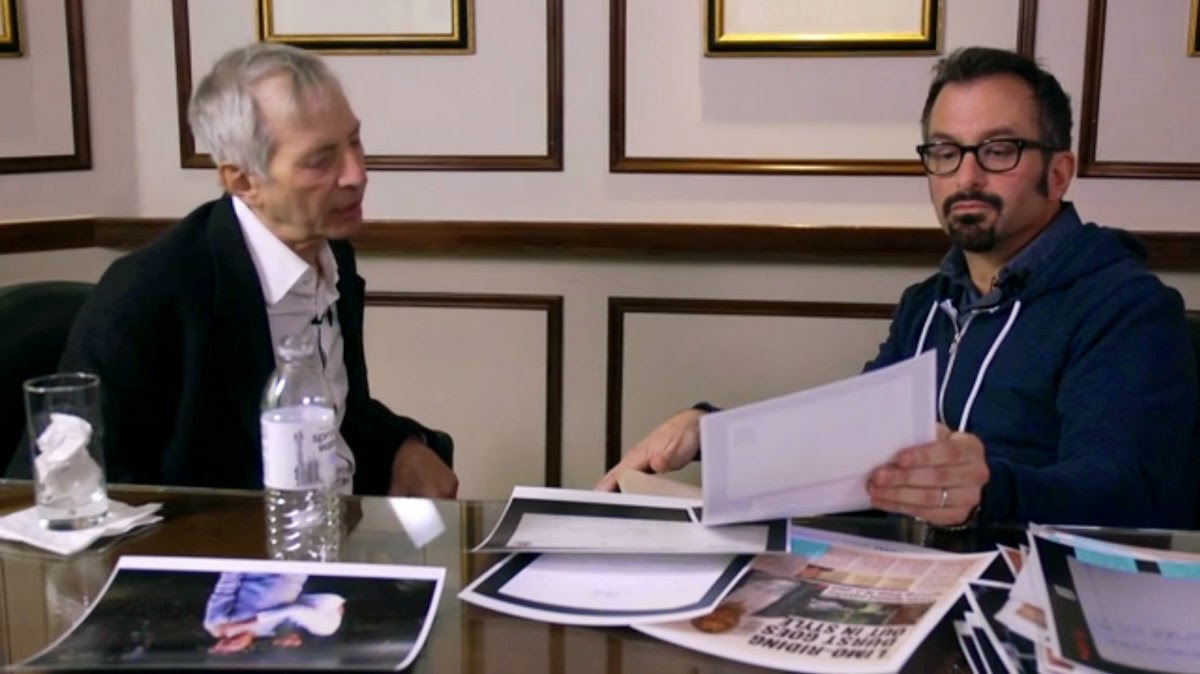 Reenactments are dramatizations of stories told by primary sources. And, the authenticity of those stories is generally undisputed.

In The Jinx Jarecki reenactments include showing Durst committing murders, include the before and after — him traveling to the crime scene and then him leaving. This is all pure supposition from various people and Jarecki.

None of this is based on any eyewitness testimony or what has been determined as the official record in legal proceeding. As damning as the evidence may be, at this point the dramatizations are pure fiction.

By placing these fictional dramatizations into something that calls itself a documentary it launders that the fact that they’re fiction, or more generously, just a theory of what might have happened. 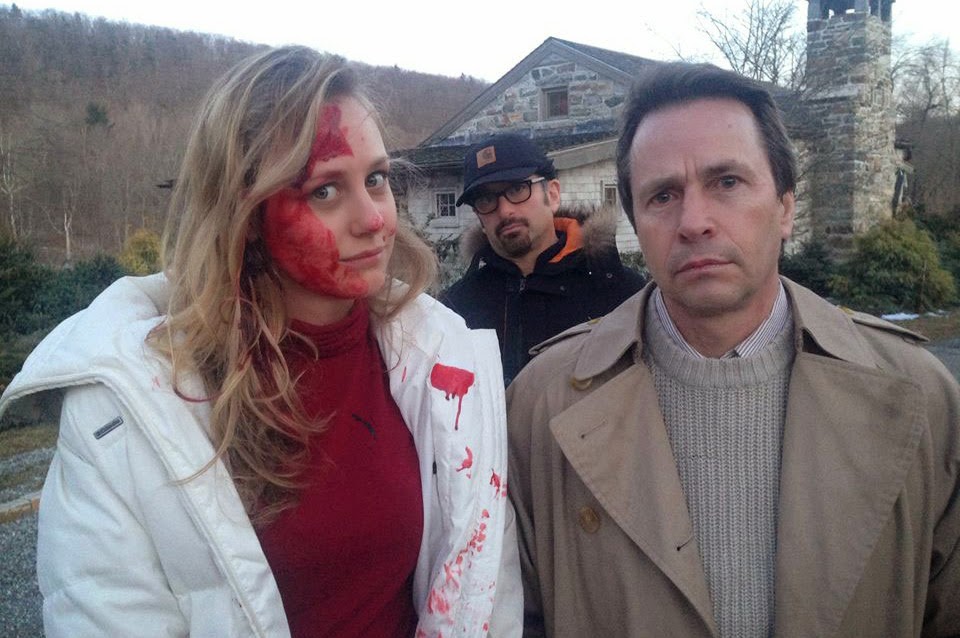 Further, by showing these dramatizations of his theories over and over again Jarecki is insisting to the audience that this is in fact what happened, even though there is no corroboration or adjudication of these events.

Genre is a compact between filmmaker and audience. When you tell viewers what genre your film is part of it’s a way of telling people what it is about and setting expectations.

Jarecki has violated that compact. By calling The Jinx a documentary viewers expect a non-fiction story with a reasonable degree of nonbiased storytelling from the filmmakers. But Jarecki very slickly weaves together reenactments and pure fiction clips.

The Jinx is not really film about Robert Durst but about Andrew Jarecki — a filmmaker finding himself in the middle of a real murder investigation. 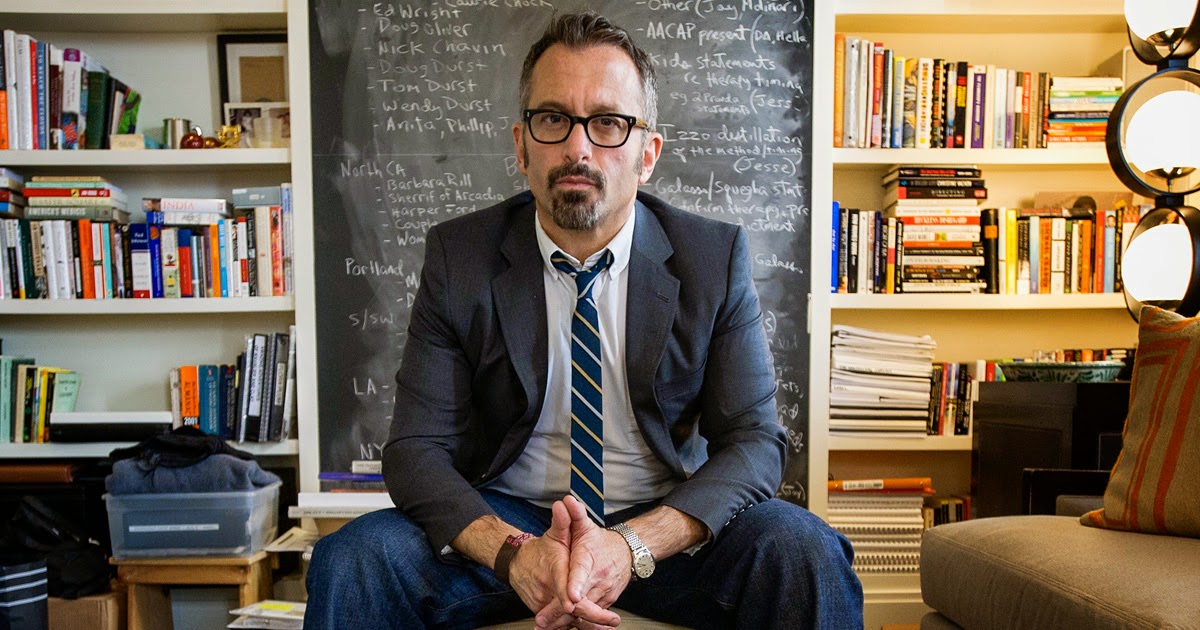 As the episodes progress he has more screen time has he evolves from someone who is just interviewing Durst to investigating him. Presenting it has more of a personal film rather than a documentary would have been have solved these issues and given him even more flexibility.

In this article:HBO, Television, The Jinx, True Crime, Written by Seth Levi