A few weeks ago, Furious 7 was released. I’m not sure when this series started getting so much respect, but whatever. That’s not what I’m here to talk about.

I’m here more to talk about Paul Walker and the fact that they had to finish this movie after he was tragically killed in a car wreck before his scenes were finished. I didn’t like the series, but I’ve always liked Paul.

He was a decent actor and, by all accounts, a decent human being; Hollywood needs more of those. 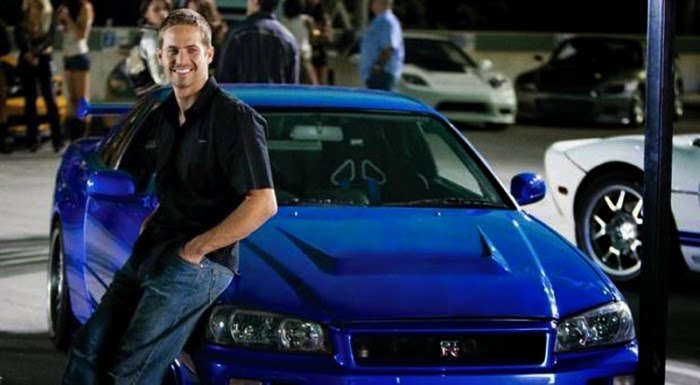 It got me thinking about other films that had to be finished after the lead actors’ lives were cut short.

These two work pretty well together because they were completed in pretty creative ways and the finished product was successful, at least from an artistic standpoint. 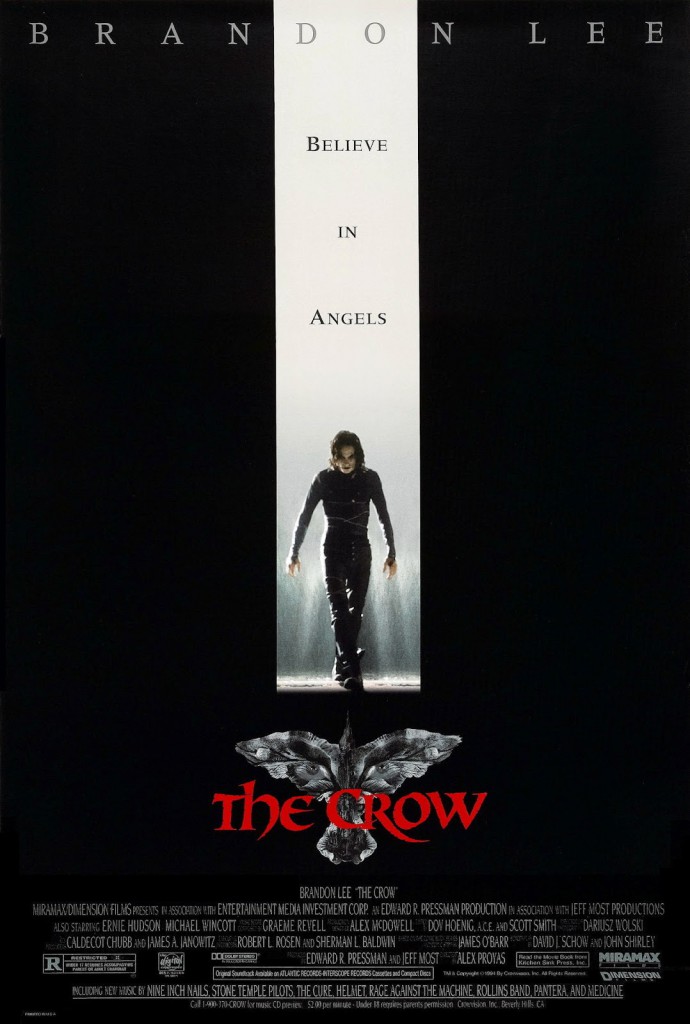 Brandon Lee was going to break out. There’s no doubt about that. Sure, before The Crow, he was only in really silly kung fu movies that kinda went nowhere. (Although, Legacy Of Rage was pretty damn good.) But The Crow was going to be different. This was going to be his big movie that put him on the map.

Sadly, it did so in the worst way. Brandon was accidentally killed on set by a mis-fire from a prop gun. A promising career and life cut short by a mistake.

Paramount very nearly shelved the whole project. Instead, the unfinished film was picked up, finished and made Brandon into a bit of a legend. Not as much as his more famous father (no one is going to build a statue of Brandon Lee), but a name that people recognize, at least. Alex Proyas finished the film with stand-ins and, in an innovative move, CGI inserts of Brandon’s face over the stand-in’s faces. He also inserted Brandon from already shot scenes into new scenes. This had already been done to a smaller extent for Jurassic Park a year earlier, but there were far more shots like this needed for The Crow. And it’s pretty seamless, considering the fact that CGI was still in its infancy at the time. Or at least its adolescence.

It doesn’t hurt that The Crow is a pretty damn good movie. It’s full of action, pathos, Gothy angst and, of course, revenge. Sweet revenge from the grave. There are those who say that it wouldn’t have been a hit if Brandon hadn’t died on set. I say, “Nay, nay.” It’s definitely a good enough movie to have been a big enough hit to push Brandon Lee into stardom. 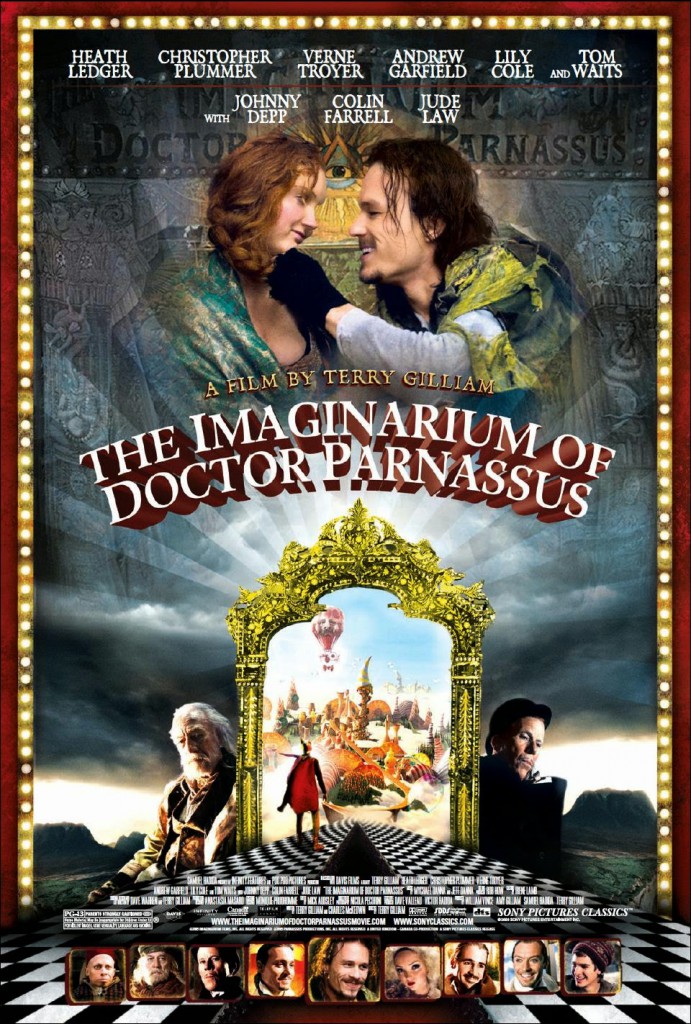 When Heath Ledger died in 2008, he left behind a small, but powerful body of work. He also left behind yet another Terry Gilliam movie that looked like it would never be finished. The film is about an immortal man (Christopher Plummer) who made a deal with the Devil (Tom Waits in a role built for him) that will lead him to lose his only daughter (Lily Cole). Young Anton (Andrew Garfield) is in love with Lily, but he suddenly has competition when they find a mysterious man (Ledger) hanging from a bridge. The crew drift around, making money where they can…and stealing souls where they can.

Most of the scenes that take place in the real world were already shot. The scenes still needed were the scenes in Dr. Parnassus’ fantasy land behind the mirror. Gilliam thought he was screwed until his old friend Johnny Depp came along and said that he would help him finish it by playing the role in the remaining scenes. Then Colin Farrell and Jude Law came to the rescue, too. The three of them gave their salaries to Ledger’s daughter so that she would be set for the future. (The beautiful people can be awesome, too.)

Gilliam did some rewrites and each actor took a scene behind the mirror. It almost makes the story work better because this guy starts off with no idea who he was in his former life. Then, as he figures it out, he hides behind the faces that he’s created. The lands behind the mirror help him create those faces.

I love this movie. It didn’t do very well, maybe because people weren’t ready for this kind of role from the man behind The Joker. Or maybe it’s because Gilliam’s films never do so well. Either way, the general public is missing out. It’s a very interesting film about storytelling and the nature of good and evil.

In this article:Double Feature, Movies/DVD, Tribute, Written by Mark Wensel