“Any sufficiently advanced technology is indistinguishable from magic.”
Those are Arthur C. Clarke’s words, the third of the science fiction author’s Three Laws of prediction. They’re elegant, literary and simple, bonding science and magic to one of the deepest of emotions: wonder.
It’s the most quoted of Clarke’s laws, and it showed up on last week’s Archer episode, “Drastic Voyage (Part I).”

Carol, among the show’s most insane characters, goes off into surprisingly eloquent revelrie expressing astonishment at a ship full of her spy co-workers about to be miniaturized and inserted into a man’s bloodstream. 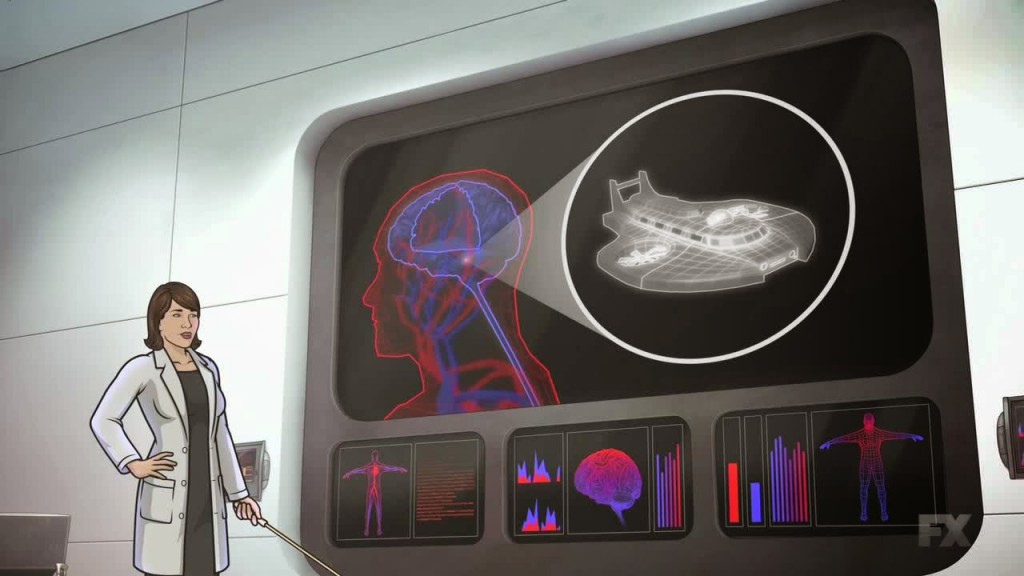 You know, that old sci-fi chestnut from Fantastic Voyage and Innerspace to episodes of SpongeBob SquarePants, Batman: The Brave and the Bold, Family Guy and Doctor Who. And on Archer, that chestnut is wrapped inside another one as the ship is covered in crisscrossing bands of metal resembling the transdimensional vessel in Contact.
Ah, Contact, in which (spoiler alert) an alien performs a magic trick by revealing himself to the protagonist in the image of her deceased father, in order to ameliorate the shock of engaging an alien consciousness.
I’ve been thinking a bit about magic these days, and my father, who died of cancer nearly eight months ago.
Memory, and the triggers of it, can work like magic, instantly transporting me to a different time and space. Sometimes, it’s like flashes in my mind – my mother’s words, my own anguished tears over my father’s casket. Other times, it’s just a dull ache of missing him.
So it goes.
My wife and I went to see the new live-action film Cinderella starring Lily James and Cate Blanchett. I gotta tell ya – damn, it was good. 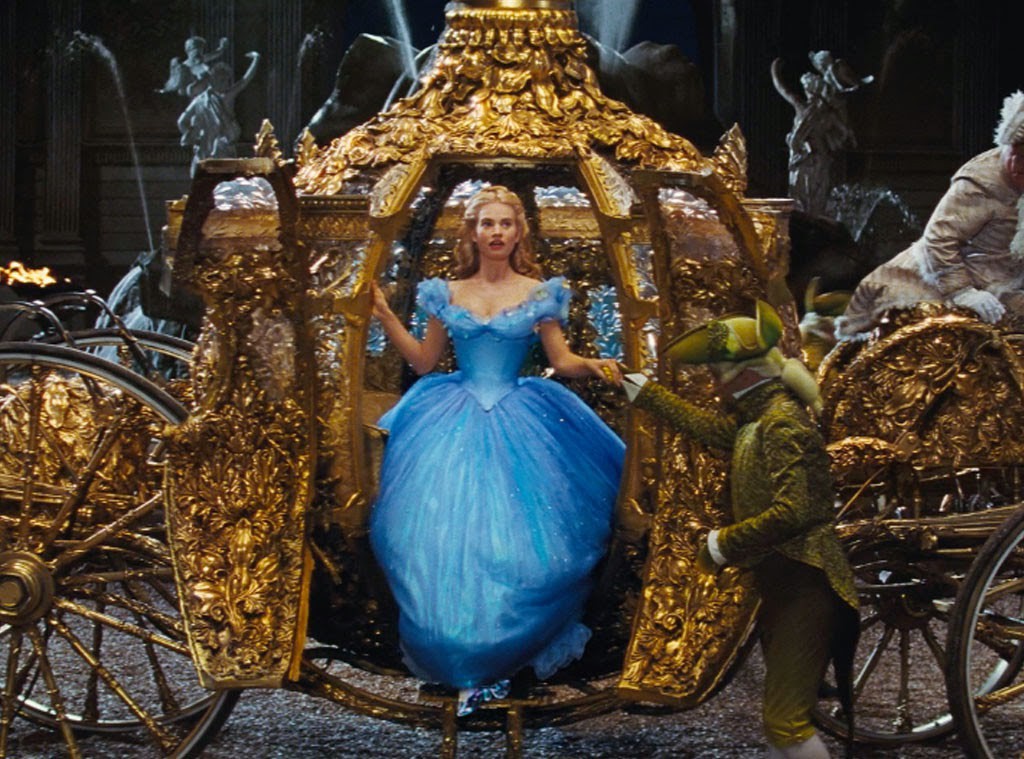 For a story so ossified in pop culture that it’s gone through every parody imaginable and its feminist backlash is dusty and covered in cobwebs, Kenneth Branagh’s Cinderella played it straight and earnest. It felt both sumptuous, fantastical and lived-in light Gothic romance. Cindy and the Prince had chemistry, Blanchett flashed sneer and a bit of pathos as the evil stepmother, and it was fun.

Amid the glass slippers, palace intrigue and friendly mice, there was a touching scene between the Prince (Richard Madden sans Robb Stark) and the King (Derek Jacobi, because it’s a Branagh project). The King is dying, and he and the Prince have a heart-to-heart talk  involving the Prince’s refusal of an arranged marriage to a princess.

“You’ve become your own man,” the King says to his son. They share a few more words before saying to each other, “I love you.” The Prince, with tearful eyes, curls up on the King’s bed, resting his head on his father’s chest as he cries for the father he’ll soon lose. 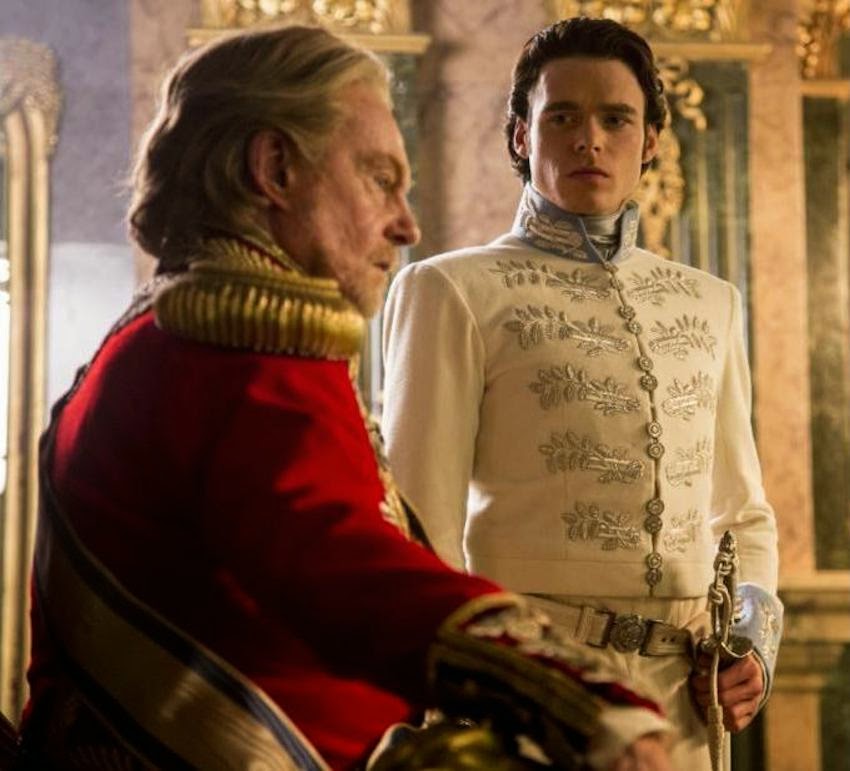 And so, right there, was the one thing I didn’t get when my father died suddenly – a real, last goodbye. Amid all the special effects and CGI, the costumes and beauty, we had one bit of movie magic thanks to quiet tenderness between a father and son.

My father left this planet on good terms with nothing unresolved. He and I had no conflicts, no issues.

For that, I thank him. I am his namesake, and I’m proud of that.

However, it’s unresolved within me that I didn’t get to say goodbye to him properly while he was alive. Our last conversation was a 15-second phone chat in which he called to check up on me after we hadn’t talked in more than a week. I said I’d call him later in the week. I didn’t get to.
I’ll get over it in time, I know. We don’t always know the hour, or when the hour approaches. And everything that needed saying between the two of us had been said or acted upon a long time ago.
It just would have been nice to have that one bit of movie magic for real.
But it’s OK, all in all. Instead, I’ll have this one tender moment in Cinderella to remind me of what I had with my father more than what I missed. 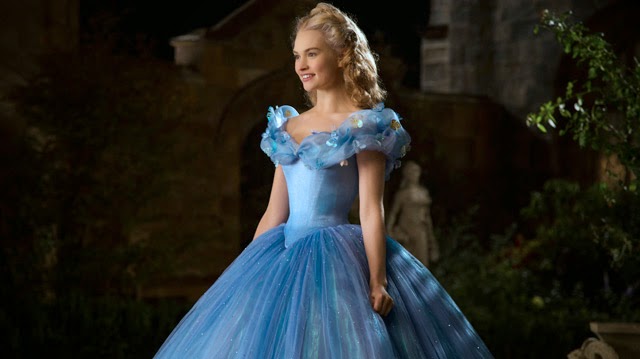 It reminds me of another tender moment, also filled with technology and magic. In the cartoon Steven Universe, the title character is a growing boy, half-human and half-Crystal Gem, a race of magical beings protecting the Earth. His mother, Rose Quartz, magic-died (“gave up her physical form,” as the show says) to give birth to him.
From time to time, the show hits on Steven learning something about his mother. He finds some of her personal effects, finds a picture of her, hears stories from the other Crystal Gems, or explores her magical lair. But we hadn’t really experienced her – speaking, walking, alive.
In the episode “Lion 3: Straight To Video,” Steven finds a videotaped message his mother, then pregnant, left for him. Through technology, Rose Quartz leaves Steven something magical, the one thing we know that transcends time and space: Love.

“Steven, we can’t both exist,” Rose Quartz says. “I’m going to become half of you. And I need you to know that every moment you love being yourself, that’s me, loving you and loving being you. Because you’re going to be something extraordinary. You’re going to be a human being.”

Makes me cry. Every time.

I miss my father. However, it no longer feels like I mourn him.

Instead, I’ll just remember that what we had was magic.