ShareTweet
ARE YOU READY TO BECOME A TRUE GENTLEMAN? 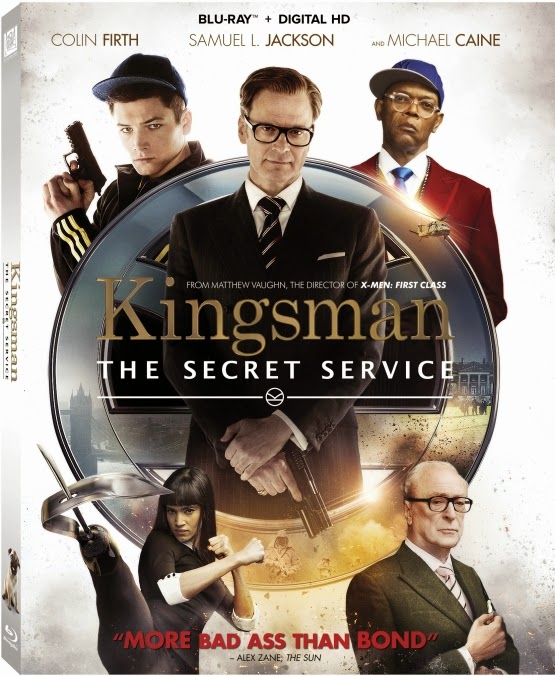 Twentieth Century Fox Home Entertainment invites you to join KINGSMAN: THE SECRET SERVICE when it hits Digital HD May 15 and Blu-ray and DVD June 9. Matthew Vaughn, director of Kick-Ass and X-Men: First Class brings his own unique style to the genre while brilliant performances from Colin Firth, Samuel Jackson, Michael Caine and newcomer Taron Egerton have made spies more bad ass and awesome than ever.

The KINGSMAN: THE SECRET SERVICE Blu-ray has a full arsenal of bloody good added materials that bring the world of the Kingsman to life. Not only can you see a gorgeous gallery of behind the scenes images from the film’s production, but the Kingsman: The Secret Service Revealed documentary also gives you an exclusive 90-Minute look into the film’s iconic style, fights, gadgets and more.

○ Panel to Screen: The Education Of A 21st Century Super-Spy
○ Heroes And Rogues
○ Style All His Own
○ Tools Of The Trade
○ Breathtakingly Brutal
○ Culture Clash: The Comic Book Origins Of The Secret Service