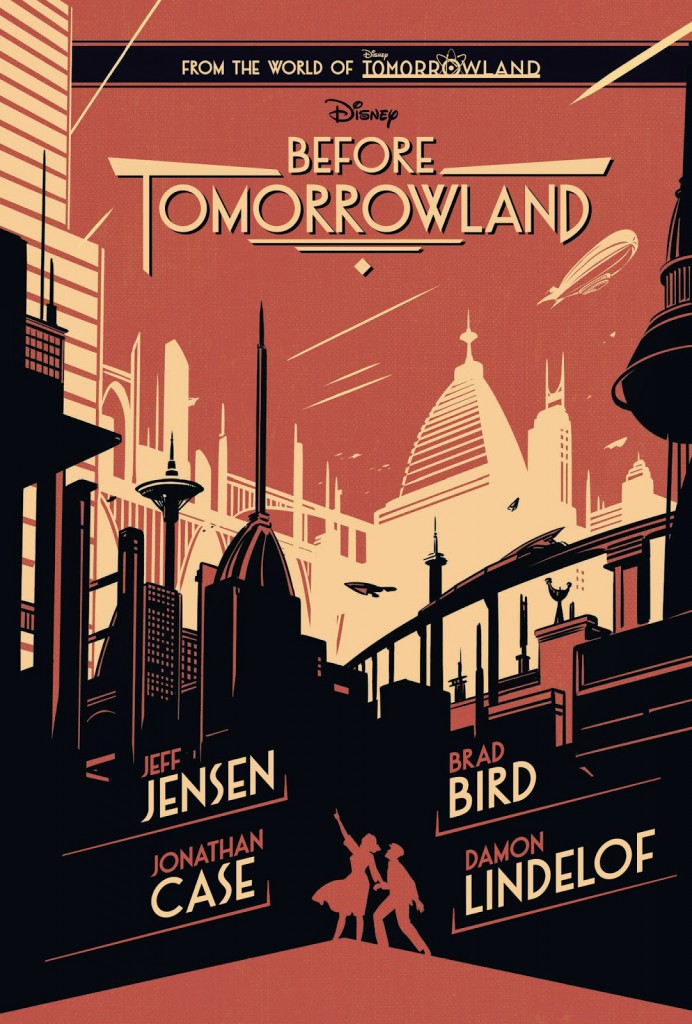 Based on the spellbinding world of the Walt Disney Studios film, Tomorrowland, this original prequel novel features a 20-page comic book and unlocks a place of unfathomable science and technology and the famous people behind it. The year is 1939. A secret society of extraordinary geniuses is about to share an incredible discovery with the world. A misguided enemy–half man, half machine–will stop at nothing to prevent the group from giving this forbidden knowledge to humanity. And a mother and son on vacation in New York City are handed a comic book infused with a secret code that will lead them straight into the crossfires of the conspiracy.

Written by Jeff Jensen and artist Jonathan Case with director Brad Bird and screenwriter Damon Lindelof Before Tomorrowland is is available now. Check out the prologue and first chapter below in this exciting new epic tale!

And thanks to our friends at Disney Publishing Worldwide, we’re giving away three copies of the book to Forces of Geek readers!

To enter, please send an email with the subject header “BEFORE TOMORROWLAND” to geekcontest @ gmail dot com and answer the following:

The first Tomorrowland opened at Disneyland on this date in 1955?