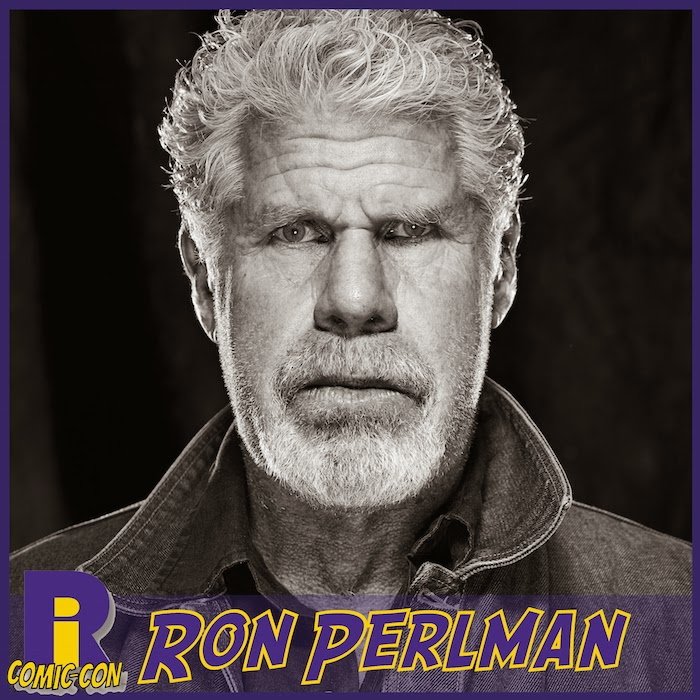 (No, this is NOT an April Fools Joke.)

Ron is best known for his roles as Vincent in the television series Beauty and the Beast (for which he won at the Golden Globes​), as the comic book character Hellboy in both 2004’s Hellboy​ and its 2008 sequel Hellboy II: The Golden Army​ and as Clarence “Clay” Morrow in television series Sons of Anarchy​.

Come meet him in person on November 6th-8th at the Providence Convention Center and Dunkin Donuts Center.

Please welcome Julian Glover to #RICC2015! Mr. Glover is currently known for his work in Game of Thrones as Grand Maester Pycelle. He is...

Please welcome Jason Momoa​ to #RICC2015!  Jason is known for his work playing Khal Drogo on the hit show Game of Thrones​ as well...

Please welcome Jesse L. Martin​ to #RICC2015!  Jesse is currently known for his work as Detective Joe West on The Flash​ on The CW​!...

Rhode Island Comic Con is excited to welcome the great Peter Cullen and the phenomenal Frank Welker to their 2015 Convention on November 6th...