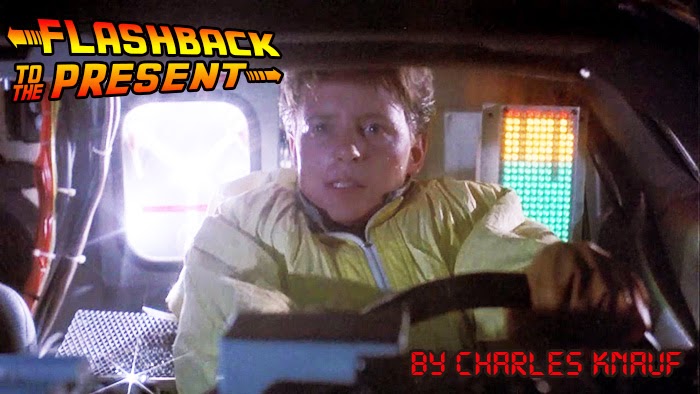 The other day I was flitting around my Pandora when a blast from the past came up and I heard these majestic lyrics floating atop a familiar bass line:

I knew who these lords of the punk are and they sure are not any banana peel smokin’ Danceteria types… They are The Dead Milkmen. 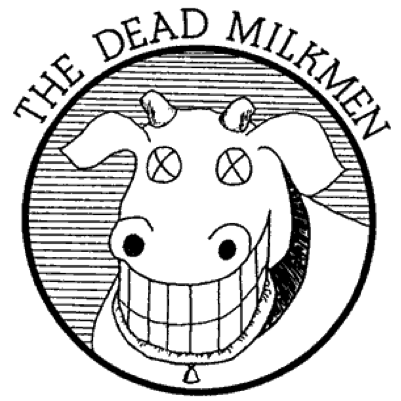 Formed in the 1980’s, are a satirical punk rock band heralding from Philadelphia, Pennsylvania. The members take fanciful names and the lineup includes: 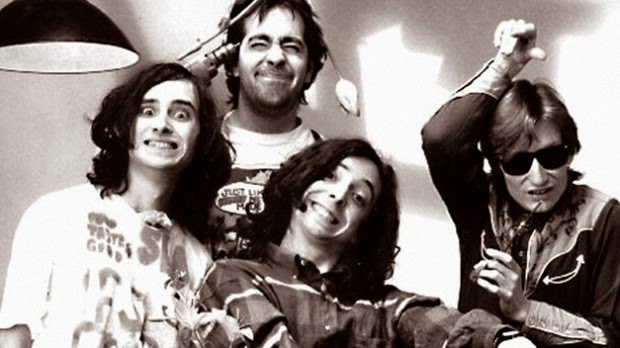 If you knew any rebellious skater dudes or that guy with all the punk patches on his worn out jean jacket, they were probably way into the Dead Milkmen.

Their songs are heartwarming odes to culture with titles like: Bleach Boys, Life is Shit, V.F.W (Very F***** up World), Big Lizard in My Back Yard, The Thing that Only Eats Hippies, My Many Smells, Takin’ Retards to the Zoo, If You Love Somebody You Better Set Them on Fire and, of course, their biggest hit Punk Rock Girl (which acquired some MTV airplay, can be heard on Beavis and Butthead, and on the TV series Raising Hope).

My personal journey with the Milkmen began when I was a wee young lad in fifth grade. For I had a crush on a lovely lass named Brandy who would tip her chair back on my desk and thrust her Sony Cassette Walkman upon me. She was always blasting Big Lizard in My Backyard, which was way more interesting than learning division or whatever was going on.

Plus she was cute and had legs for miles. 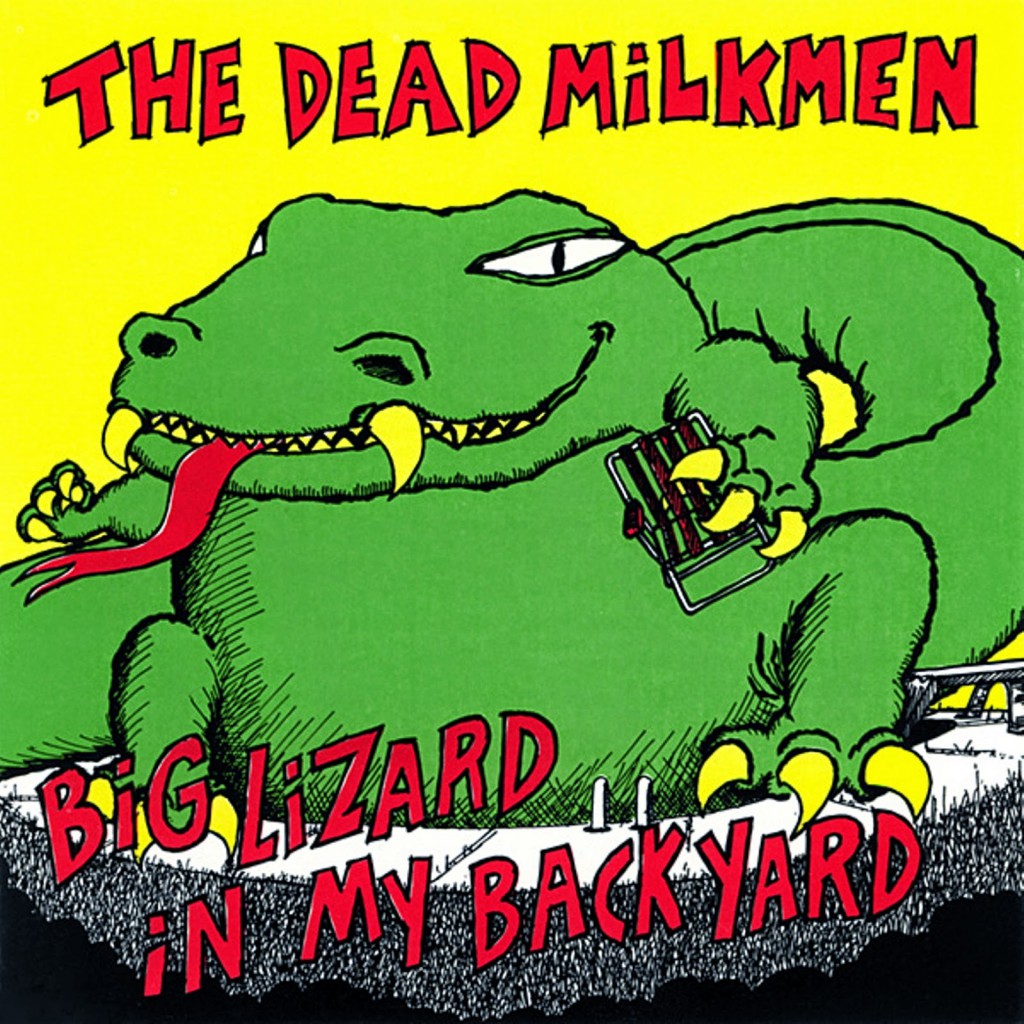 High School arrived and my heart still leapt for Brandy, My Punk Rock Girl, but by this time she had moved with her family to Chicago and I was here in LA. She phoned one day around 1995 to tell me she had borrowed one of the cars from her parent’s pawnshop and tried to go see The Dead Milkmen in Chicago.

But alas, she could not find the venue and asked at several 7-11’s about the whereabouts of the venue, The Metro, and was only informed about Slurpee Flavors. She ended up picking up 11 Navy guys and driving around Chicago because that seemed like a fun idea.

She never did make it to the show.

Brandy continued on to say how she wrote The Dead Milkmen a letter about her terrible plight and how she missed them and could only find Slurpees. She told me she got a letter back from them.

Sadness gleamed in her voice, the letter stated that they had a new album but the band was broken up. It closed out with Joe Jack Talcum encouraging her to buy their new album and signed with “Love and Extra Stout Slurpees.” 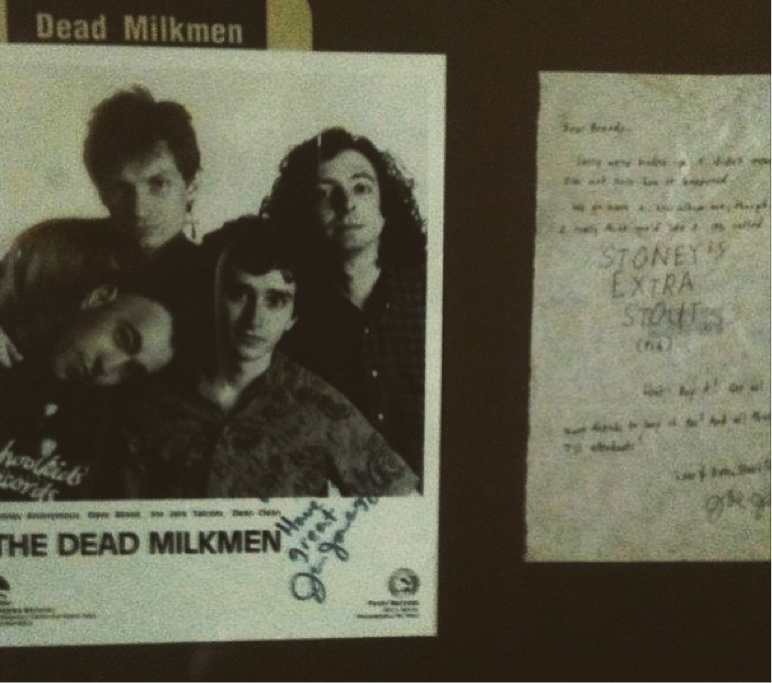 She stated, “How would she see The Dead Milkmen now?”

Her life was shattered and what else could she do but write a fanzine dedicated to them, Bondage Barbies and the TV Show CHiPs. Over the years she exchanged several letters with The Dead Milkmen and her fanzine was even big in Japan!

You see, after the hit Punk Rock Girl, The Dead Milkmen did not achieve the radio success that Engima wanted; as the music scene in the 90’s was enraptured in grunge and not satirical punk music.

The band broke up with Rodney joining a new band, Dave working on his masters at Indiana University, Dean focusing on his art and Joe working on other musical projects.

In 2003, The Dead Milkmen released Now We are 20 and there was a talk of a reunion. But then, sadly, in 2004 David Schulthise aka “Dave Blood” committed suicide.

That same year Brandy moved to LA and our love reunited amidst the sadness. A few years after that, in 2008, The Dead Milkmen reunited with Daniel Keith “Dandrew” Stevens on bass.

Finally, we could see the Dead Milkmen live and in person! We could live the dream of hearing Bitchin Camaro live! It was more excitement than any two humans could take.

We saw them at Alex’s in Long Beach, at FYF 2011, and just the other day at The Troubadour.

Rodney was just as punk perfect as usual, belting out songs like an old school rapid fire punk T-shirt canon. It was super-cool to watch him trundle on stage before the show in his Youth Code Shirt and hoodie, setting up his own equipment – he’s that much of a perfectionist. 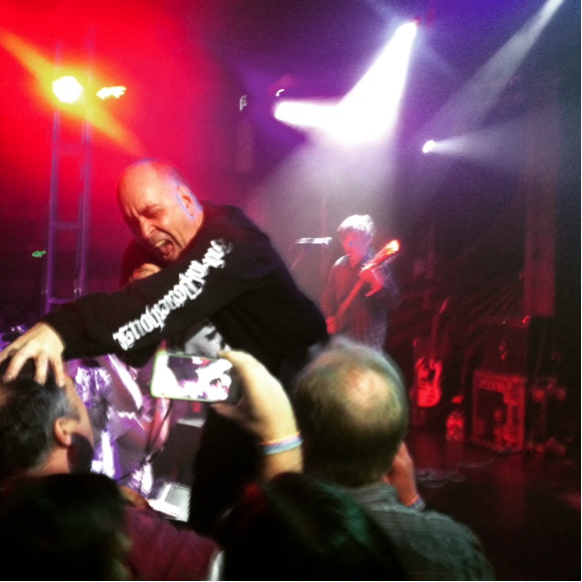 Butterfly Fairweather stood off to the side playing his guitar like a quirky whisper. Dean Clean, the drummer, hid in the back as all drummers do and the new bass player, Dandrew, looked like an expressive Frankenstein making quite possibly the oddest most fascinating faces ever.

It was magical. They sang Life is Shit. My world was complete.

As we stood there listening, I realized we came along way; The Dead Milkmen, Brandy and I. This was truly a Punk Rock Girl Love Story.