I’ve had TiVo since… at least before Lost premiered.

Even when times are tough, I’ve been reluctant to give it up since I love the usability and there are still so many things I recorded that I haven’t watched yet.

Recently I began having trouble getting certain channels and, long story short, ended up with a cable box/DVR from Time Warner.

Now I can use both again but, despite some advantages of having a cable-company DVR, I still prefer my TiVo.

Here’s how they compare.

TiVo: You use the “thumbs up” or “thumbs down” buttons to tell TiVo what you like or don’t like. The reason they’re there is that, unless you tell it otherwise, the TiVo will record things it thinks you might like. It’s a bit unnerving at first when it starts recording on its own but if your TiVo is full, it won’t do that. And you can always review the TiVo Suggestions list and let it know when it’s wrong.

Thumbs up: For me, TiVo. 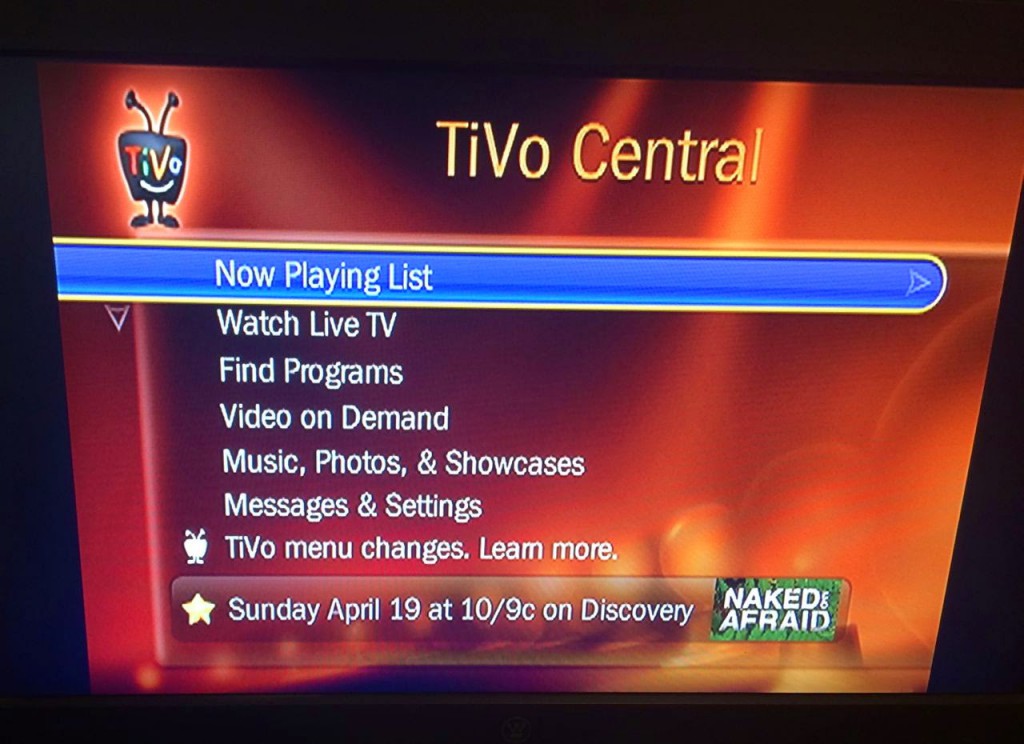 TW: Shows you what’s playing now and you also have the option of browsing by genre or channel name

Thumbs up: TW, although it’s not a feature I really use.

TiVo: With so many channels I don’t want to watch (or don’t even get), I like to set my guide to “favorites” and skip the rest. Do it once in TiVo and you’re set.

TW: For some reason, the TW DVR keeps reverting to All Channels and choosing Favorites again is completely non-intuitive: I had to Google the procedure.

TiVo: Each channel displays the same (apart from letterbox broadcasts).

TW: Each channel displays differently until you set the master default the way you want it to be. Very frustrating as you flip through channels until you figure out there’s a way to fix it.

TiVo: One-click recording: If you hit “record” twice, it’ll ask you if you want to continue the recording or stop. You can also set the recording to go later than the scheduled time, as shows often run late.

TW: It’s also one-click and has the ability to end a minute or two after the set time, but, weirdly, it’s not always easy to tell when the DVR is recording: Sometimes there’s a little red light and sometimes not.

I ended up recording the same show three times, something that wouldn’t be possible with TiVo because it would tell me I was already recording it. 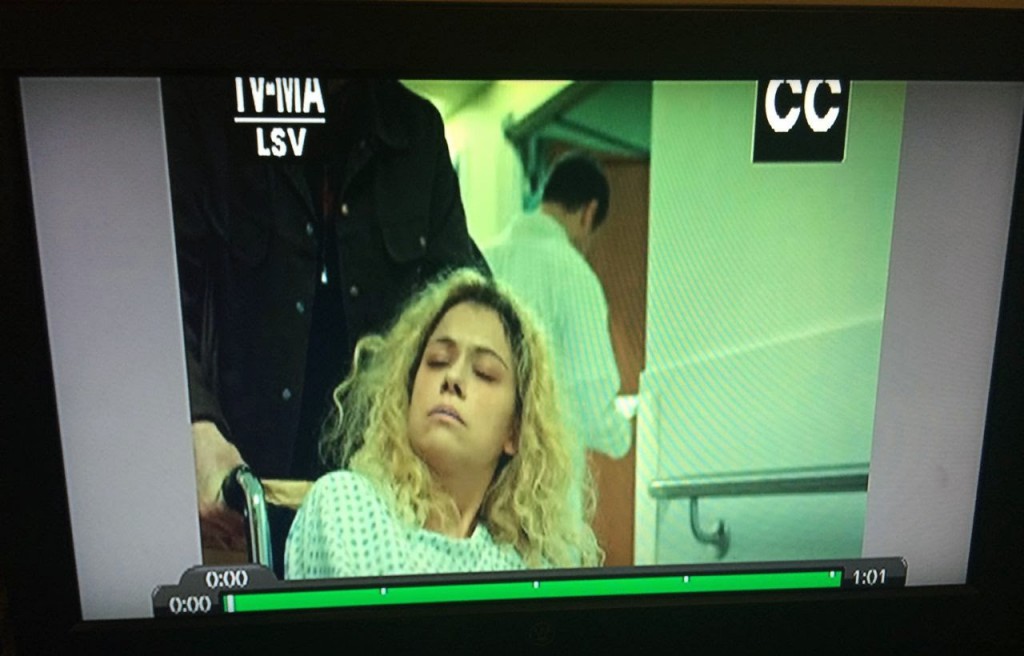 TW: Push “List” on the remote – (more about the remotes later) but the recording often skips ahead, jumping over scenes or moments. I’ve never experienced this kind of glitch with the TiVo.

TiVo: The fast-forwarding in TiVo is clearly superior: You can jump to 15-minute segments, a feature that doesn’t exist with the DVR.

TW: No segments and there doesn’t seem to be a way to go to the very end or very beginning of a recording and the fast-forwarding seems to take a lot longer than it does on the TiVo.

TiVo: TiVo has the advantage again here because it’s easy to set up your Netflix account and watch it on your TV. There’s some hang-ups with streaming but that can happen on your computer too. I also set up Amazon but it turns out that if you stream an Amazon show on your TiVo, it’s actually downloading, so you get charged even if you have Amazon Prime. Bottom line: You can’t stream Amazon content for free with a TiVo.

TW: You can’t access either with the TW DVR. 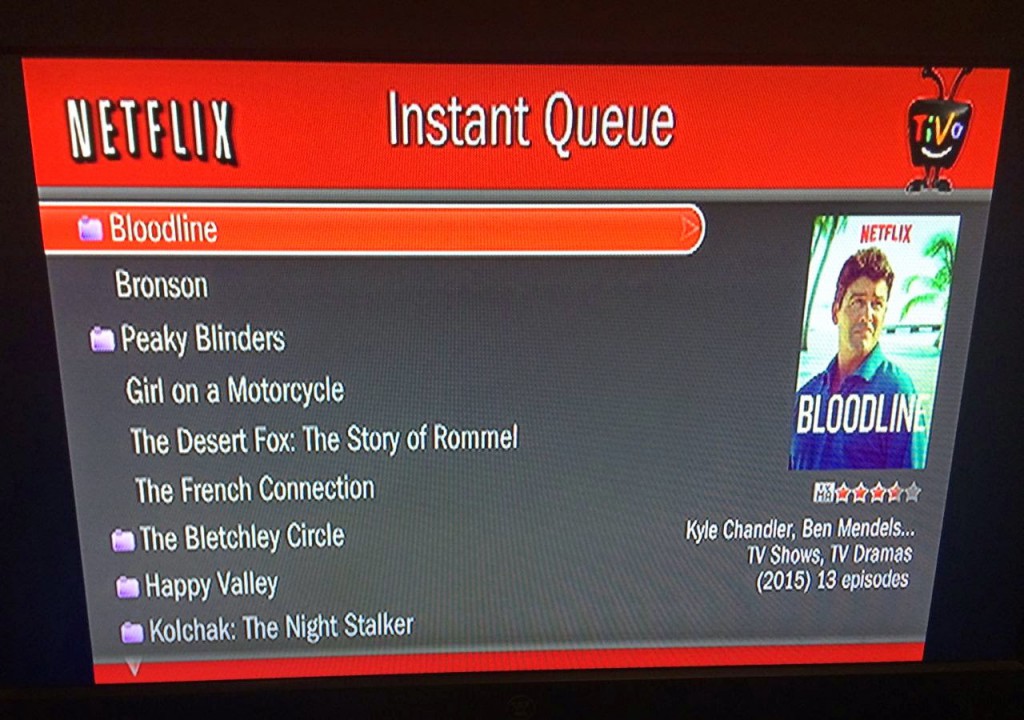 TiVo: You can set up recording wishlists for actors, directors, genres and keywords. It’s unique to TIVo, which is why it’s a registered trademark.

TiVo: If you happen to be on the right channel and no more than 30 minutes have gone by, you can rewind.

TW: As the current “rescan your item” TimeWarner ads demonstrate, even if you miss the beginning of a show, you can go back and start it. This doesn’t always work for me, but it’s great when it does.

TiVo: With just a cable card and no cable box, I was never able to access On Demand. And if you miss episodes of your favorite show, you have to have recorded it or wait until it re-airs.

TW: On Demand is available for free movies, premium movies and just about every channel. It’s easy to catch up with any TV series, although the number of episodes available varies. Downside: You can’t fast-forward through ads when watching a TV show via On Demand.

TiVo: I like the design: The buttons are nicely spaced out and you never hit the wrong one by mistake. Recordings and recording options are accessed by hitting the big “TiVo” button at the top. One problem: I was never able to get it to recognize the code for my TV, so I can’t turn my TV on and off with it.

TW: Too many buttons! I’m still getting to know it, but my biggest peeve is that the PLAY button is right beneath the LIST button so I can’t count how many times I’ve paused a program, then accidentally went to my list of recordings when I just meant to hit PLAY. 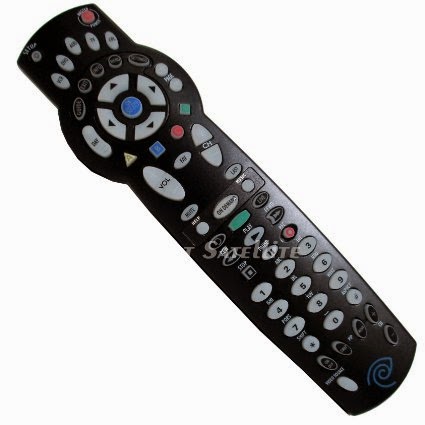 TiVo: Channels are sometimes not available, even with a cable card and a tuning adapter.

TW: When I turn on my TV, most of the time, there’s audio but no video. I have to select the channel to get the video, which is annoying.

A cable-company DVR offers On Demand and restarting a show from the beginning and it’s cheaper, but at the end of the day, once you’ve had a TiVo, it’s really hard to give it up.