Back in 1968, Warner Bros. took 11 of their cartoons off the air. The infamous “Censored Eleven” were pulled from syndication, but not without reason.

For those who don’t know much about these cartoons, or have never heard of them, viewings can be shocking, to say the least. While not intentionally malicious, the toons smacked of racist stereotypes and questionable taste. That’s putting it mildly.

In other words, there was a reason why there were pulled. 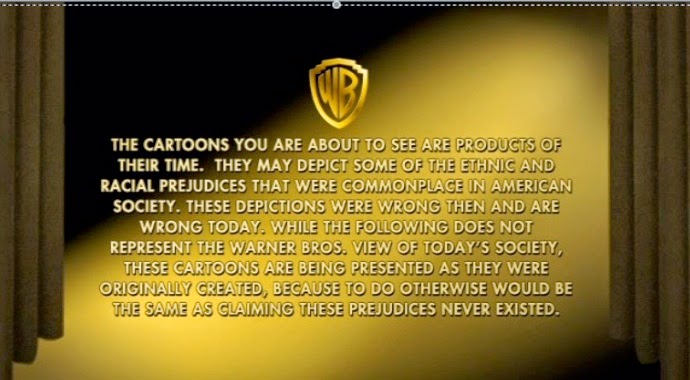 However, despite the infamy that surrounds these cartoons, they are not without merit. The music and the art are a snapshot of the time in which they were created.

While the toons might not have a place in contemporary society, they do offer an interesting look into the jazz age and the pop culture product that reflected the era. Furthermore, many of which were created by legends of the animation industry, like Chuck Jones and Tex Avery, giants in their time when it came to art of inking.

With that in mind, here is a look at the WB’s infamous Censored Eleven:

All This and Rabbit Stew

Released in 1941, Rabbit Stew was the final Bugs Bunny cartoon to be directed by Tex Avery, although his work was uncredited.

The controversy surrounding the short dealt with the use of a the slow-witted African-American stereotype that was portrayed by the main antagonist, a hunter who fills the shoes of Elmer Fudd as he looks to bag himself a bunny.

The character of the hunter is actually a parody of Stepin Fetchit, a character portrayed by Lincoln Perry, a well known and successful comedian of the time. In fact, the character was so popular, it made him a household name and one of the first black superstars in the history of Hollywood.

The only Chuck Jones short on the list, this Looney Tunes short was released in 1944 and was banned due racist portrayals of African-Americans, seen in the the black-face style of animation used to draw the central figure, Sambo.

The story follows a hapless young boy who is tasked with drowning a cat, who decides to teach the lad a lesson.

This 1937 animated short once again featured a Stepin Fetchit caricature, but this time as an angel looking to recruit for Heaven.

This toon was condemned early on because it was in violation of the Hays Code, which apparently didn’t take a liking to seeing the afterlife run by African-Americans.

There is a lot of back and forth regarding this cartoon. While filled to the brim with black-face portrayals of African-American stereotypes, the cartoon itself is highly regarded.

Directed by Bob Clampett (who is responsible for the uber-tripper Porky in Wackyland), Coal Black was an African-American take on a classic fairy tale. In the Merrie Melodies short, outcast beauty So White finds herself in a fix, in which her mean old stepmother wishes to rid herself of the jazz age beauty. The young music lover (voiced by Vivian Dandridge, sister to Dorothy) is forced to take refuge with seven swinging dwarves.

Filled with red, hot tunes of the times and over-brimming with sexual undertones, “Coal Black” was a reflection of the times, and should be watched by any toon enthusiast.

Also, it ends on a dick joke. So there’s that.

Goldilocks and the Jivin’ Bears

The final WB cartoon to feature an all-black cast, the story mixes elements of the traditional Goldilocks tale with Little Red Riding Hood.

Debuting in 1994 and directed by Oscar winner Friz Freleng, the short featured the black-face animation style of the time, thus leading to it’s censorship.

Hittin’ the Trail for Hallelujah Land

Directed by Oscar winner Rudy Isling (sans partner Hugh Harman) in 1941, the WB toon not only featured a character called Uncle Tom, but seemed to be taking a lot of jabs at their animation competition with this send-up of Steamboat Willie.

Featuring a Mickey-esque pie-eyed main character and a chorus of skeletal dancers reminiscent of Disney’s Skeleton Dance, Hallelujah eventually made the banned list due to its many stereotypical elements.

The Isle of Pingo Pongo

During the trek, the short portrayed the residents of Pingo Pongo as primitive as it reflected many of society’s stereotypes about black culture at the time.

Once again featuring images of primitive natives in blackface, Jungle Jitters is memorable in that it is one of the few cartoons to feature the vocal work of the late, great Mel Blanc.

In this 1936 Merrie Melodies, a young man must face his demons after he decides to play dice rather than attend church.

Borrowing the likeness of comedian/jazz musician Fats Waller for his kitty cat protagonist, the short features caricatures of Cab Calloway, Adolf Hitler and Josef Stalin in a high-energy morality tale.

Much like the shorts featuring Stepin Fetchit, Cats is more of a parody as it makes use of personalities of the day rather than borrow its humor from ethnic stereotypes.

Avery’s signature style is living large in this toon, as is his penchant for twisting classic tales for modern viewers, but given the subject matter of the classic Harriet Beecher Stowe novel, the humor is lost in the translation.