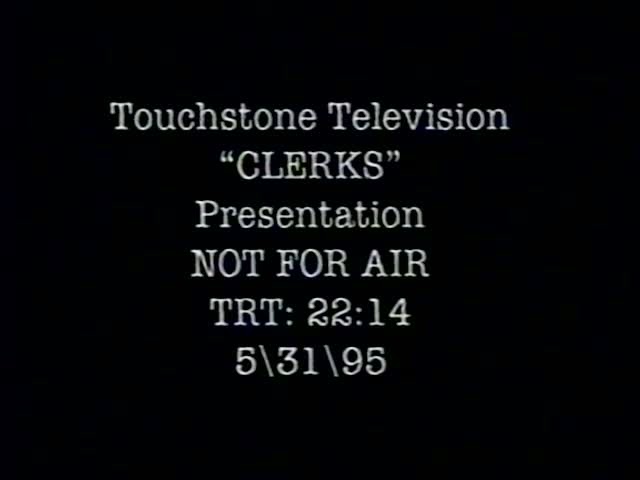 Imagine for a moment that there was time that Kevin Smith didn’t sell out and exploit his devoted fan base.

But it did happen and now we have tangible proof.  The 1995 Clerks TV pilot.  Produced without Smith’s involvement or blessing when he was filming Mallrats, the show is so far removed from the original film that one wonders why call it “Clerks” at all.  Reportedly both Brian ‘O’ Halloran and Jeff Anderson auditioned and weren’t cast, but there’s Silent Bob, Quick Stop, or colorful language.

The cast included Jim Breuer as Randall, Andrew Lowery (best remembered as the lead in My Boyfriend’s Back) as Dante, and an ensemble that included Keri Russell,  Bodhi Elfman (renamed “Ray” after Smith reminded the producers that he owned the character of “Jay”), Rick Gomez, André Nemec, Noelle Parker and Jack Plotnick.

Still curious?  Check it out after the jump.  It’s got to be better than Comic Book Men, right?