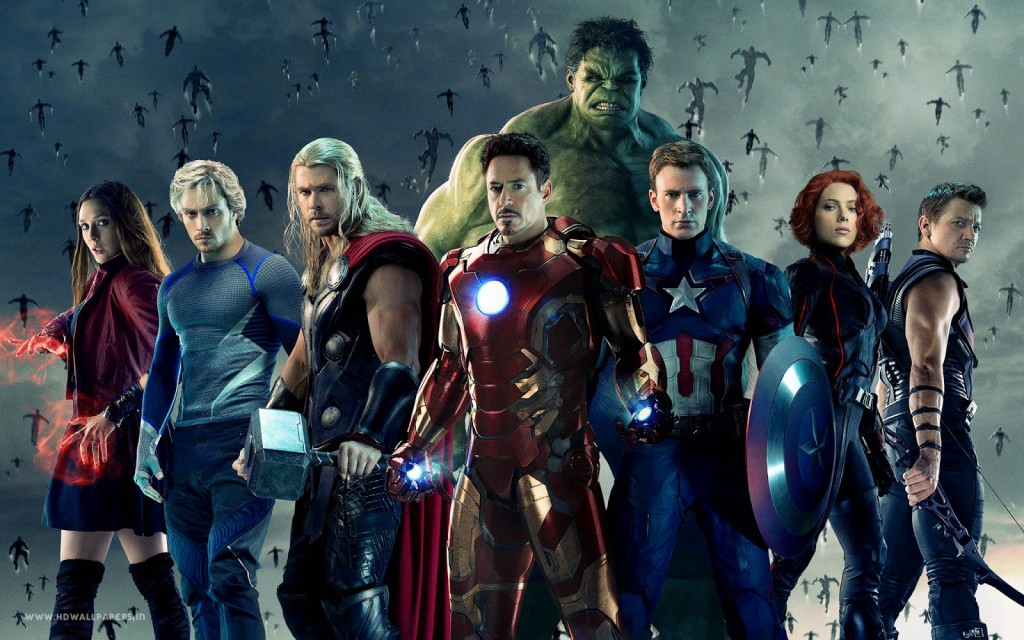 Next week, The Avengers return to cinemas in the United States in the sequel, Age of Ultron!

Not only will the film show the return of Iron Man, Captain America, The Hulk, Thor, Black Widow, Hawkeye and Nick Fury, but we’ll also see War Machine, The Falcon, and new allies Scarlett Witch, Quicksilver and The Vision as they face off against the sentient A.I. known as Ultron.

To celebrate the return of Earth’s Mightiest Heroes, we’ve teamed up with our friends at TV Store Online to give away an Avengers T-shirt prize package which includes the following two shirts: 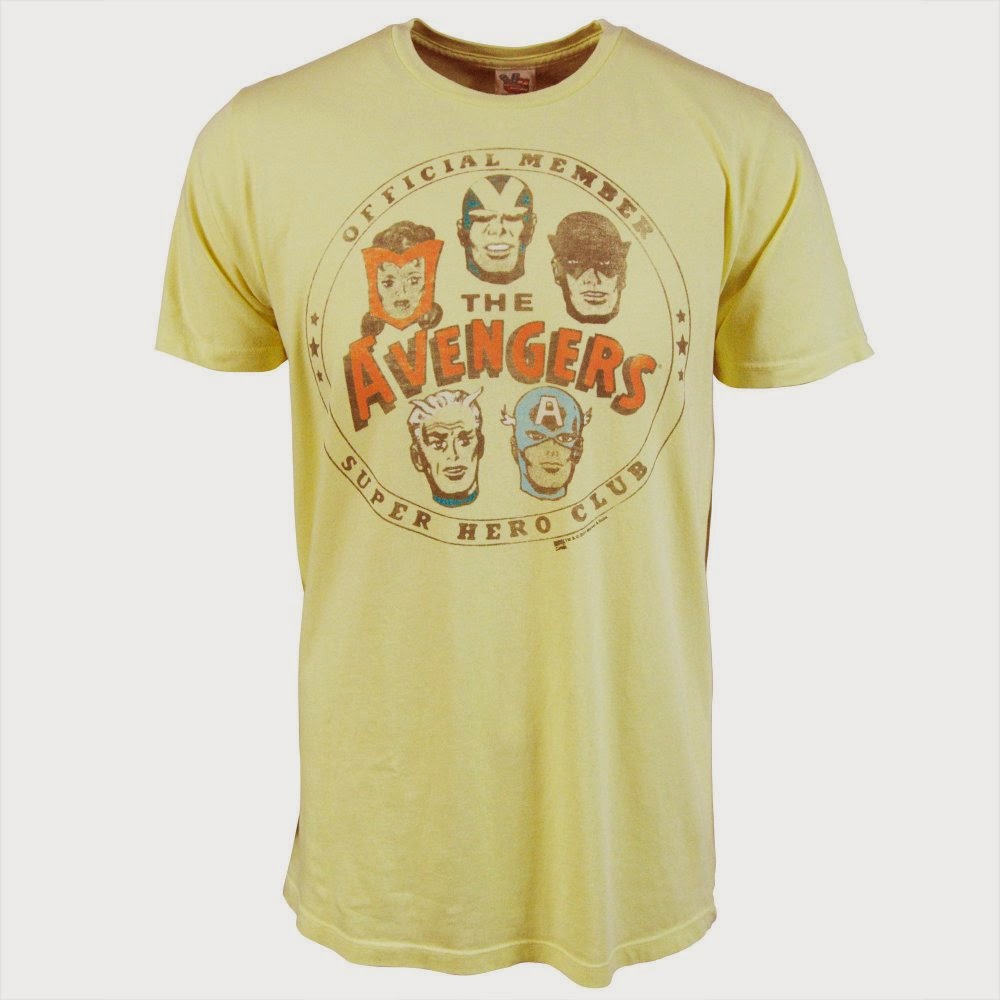 Inspired by The Avengers #16 from way back in May 1965, this shirt shows off the second line-up of the Avengers team which includes Captain America, Quicksilver, Scarlett Witch, Hawkeye and Hank Pym as Giant Man (replacing his Ant Man identity).

With art by Jack Kirby and Dick Ayers, this 100% cotton officially licensed, distressed shirt is a declaration that there’s nothing better than old school comics. 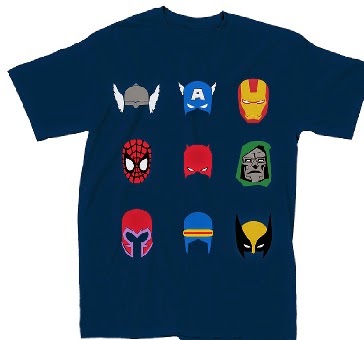 This 100% cotton navy this officially licensed Marvel t-shirt features nine of the most well known characters in the Marvel pantheon, making it perfect for any die hard fan of the House of Ideas.

To enter, please send an email with the subject header “AVENGERS ENSEMBLE!” to geekcontest @ gmail dot com and answer the following:

Which character was not part of the original Avengers team way back in AVENGERS #1?

Please include your name, T-shirt size (S-XXL) and address (U.S. Residents only. You must be 18 years old).