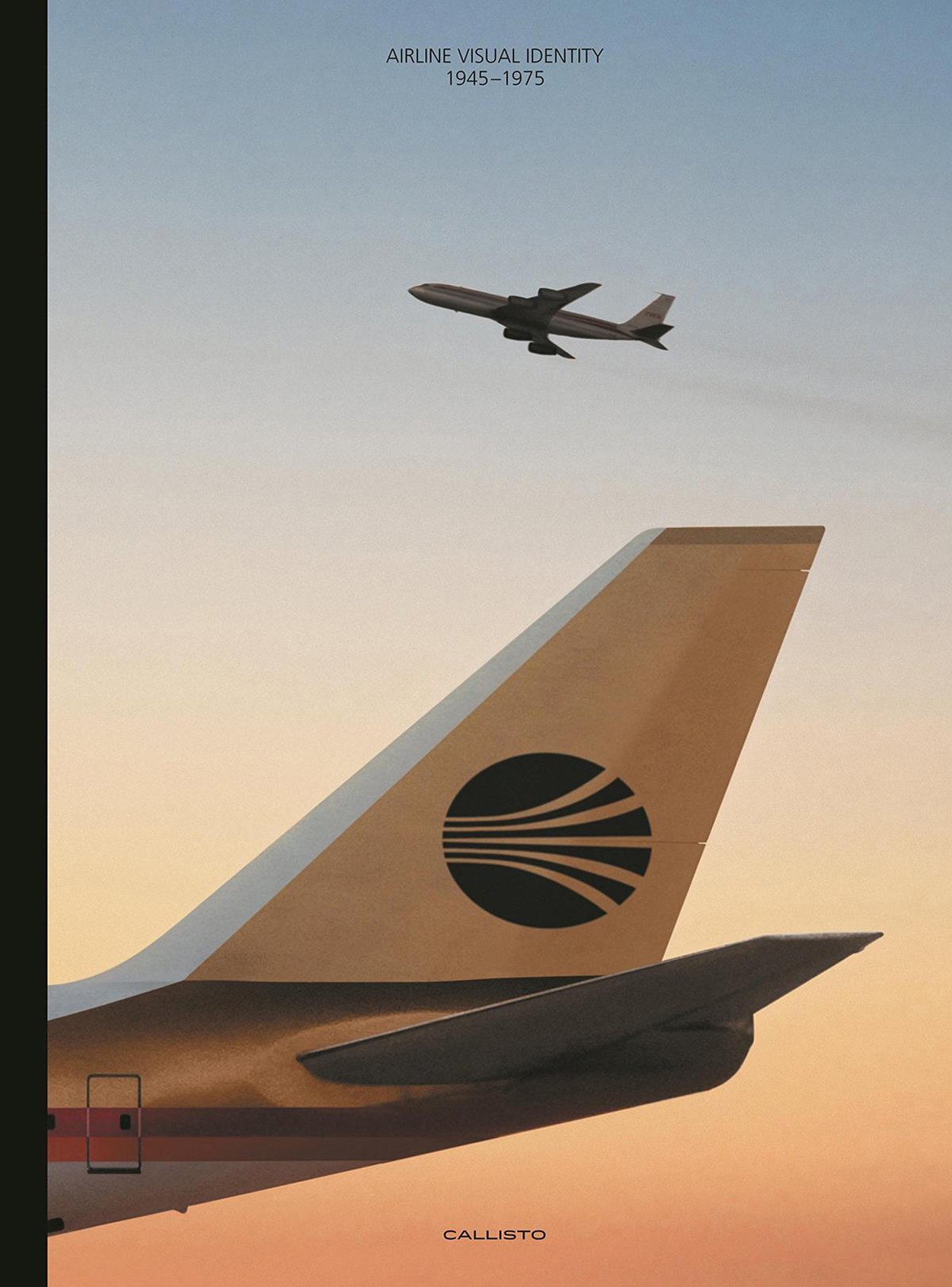 Next week the series finale of Mad Men airs, concluding an inside look at the height of print advertising in the 1960’s that viewers have been treated for the last seven seasons.


That same time period was also considered “the glory age of flying” and the intersection of advertising and airlines revolutionized the travel industry, creating some of the most visually stunning corporate art of the period. And just as Don Draper crafted the messaging for Mohawk Airlines, the real Mad Men of the 1960’s (such as Ivan Chermayeff, Saul Bass and Mary Wells Lawrence) were hard at work showing the public that the airline industry was the most glamorous and luxurious way to travel.

Now for the first time, the advertising of this revolutionary period has been captured in the new book, Airline Visual Identity 1945 – 1975 by Matthias C. Hühne. The book carefully curates the work of prestigious designers and advertising luminaries, taking the reader back in time to witness the glory days of the airline industry. This incredible large format book (which measures 12.2” x 16.1”) painstakingly reproduces hundreds of the best examples of commercial art from the period to give the reader a museum-like experience…up close and personal.

After the jump, check out an excerpt as well as a gallery of some amazing images.

For thousands of years manned flight was an unreachable dream. From this historic perspective, modern air travel seems a most unlikely event. Yet after the humble, historic flight of the Wright brothers at Kitty Hawk, North Carolina in 1903 there was simply no stopping this dream from becoming a reality. The first half of the 20th century saw new aircraft being developed at a breathtaking pace, and by 1970 millions of tourists and business travelers were flying around the globe in Boeing 747 jet aircraft.

Two important developments took place simultaneously between 1945 and 1975 that make this time period of unique interest for an analysis of the visual identities of airline companies.

First, the period after World War II marked the beginning of air travel on a much more significant scale, when the big aircraft and advanced technologies developed during the war were put into civilian operation. It was a rebirth for civil aviation, which had been all but suspended during the war. The Jet Age began in the late 1950s, and by the mid-1970s, all major leaps in air travel innovation had been completed – in terms of the size and comfort of aircraft, as represented by the Boeing 747, in terms of speed, embodied by the supersonic Concorde, and in terms of the availability of destinations.

Second, this time period marked a fundamental change in the notion of corporate identity. By 1945, after nearly two decades of experimentation, the visual identity of airlines had reached a degree of maturity. It was customary for corporations at this time to have their symbols and marketing materials created on a case-by-case basis by designers and artists on behalf of the marketing department or the company’s advertising agency. Several different designers or artists could work simultaneously for the same company on different assignments. This system was derived from the product-oriented marketing methods developed in the 1920s. The designs thus produced were often very attractive and far from ineffective, but they lacked the integrated, highly disciplined, almost scientific approach of modern branding, which proved superior.

The 1950s marked a turning point. The multitude of individual designs and campaigns had made it more and more difficult to differentiate a single product. At the same time, it had become increasingly acknowledged that the visual appearance and the “personality” of a corporation somehow communicate, without the use of words, its values. Therefore, it would be advantageous to make a corporation’s identity appear coherent and ensure that the right values be conveyed. This notion eventually led to the modern concept of branding, which involves not only graphics but also such fields as economics, psychology, and sociology. This theoretical framework became widely accepted and implemented in the 1960s.

Around the same time, graphic design firms specializing in corporate identity programs began to appear. In the airline industry – then considered among the most progressive industries, along with electronics and business machines manufacturers – the adoption of modern corporate design generally took place in the 1960s and early 1970s, although a few airlines began to use prototype modern design principles in the 1950s, notably Swissair as early as 1952, and Pan Am and British European Airways in 1956. Overall, the airline industry embraced modern corporate communications principles rather swiftly, which can be in part attributed to the arrival of the Jet Age in the second half of the 1950s, compelling airlines to contemplate what it meant to be “modern.”

Modern corporate design programs radically altered the visual identities of airlines. Their initial implementation required courage from airline management, and many airlines opted for “phase-in periods” not only to save money, but in order to allow their customers to become accustomed to their new look. Ultimately, their triumph was complete. Many of the identity programs created for airlines in the 1960s and 70s were so successful that they remained virtually unchanged for decades.

Besides this fundamental revision of the concept of corporate communications, other factors influenced the visual identity of airlines. In 1958, when Pan Am launched the first Boeing 707 flights, only one in ten Americans had been on a commercial flight, and in Europe the proportion was less than one in twenty. Ships and trains were still the predominant modes of passenger transportation. Accordingly, airline advertising targeted a relatively affluent group until the 1970s, when wide bodied jet aircraft caused capacities to soar, marking the beginning of mass tourism by air. Now, it was necessary for airlines to shift their marketing efforts to reach millions of new customers.

Industry regulation, too, influenced advertising. The airline industry was highly regulated until the late 1970s, when deregulation in the United States started a trend to liberalize air traffic around the world. Until then, ticket prices and the destinations an airline was allowed to serve were the main subjects of regulation. Airlines were regarded as important agents for economic growth as well as ambassadors of their home countries abroad, and regulation was to provide stable economic conditions for this promising new industry. Domestic regulation was controlled by each national government, while the rules administering international flights were at first negotiated on a case-by-case basis, and later regulated by the International Air Transport Association (IATA), founded in 1945. With limited possibilities for price competition on given routes, airline marketing tended to emphasize destinations or the quality and efficiency of service and equipment.

In most countries outside of North America, privately owned airline companies were nationalized in the 1940s and 1950s to create “flag carriers” which often enjoyed near monopolies in their respective domestic markets. Flag carriers were bound to make positive national traits part of their corporate personalities and revealed them in their visual identities. The United States was the only country with several major airlines, all of which remained under private ownership, resulting in a much greater variety of marketing strategies.

Following the infant years of commercial aviation in the 1920s and 1930s, passenger flight became a symbol of glamour and adventure in the decades following World War II, and a magnet for the world’s greatest creative minds in the fields of design and advertising. The list of designers and advertising agencies hired by airline companies reads like a Who’s-Who of that era. The epic endeavor to make travel by air attractive and available to as many people as possible continues to impart respect and fascination. 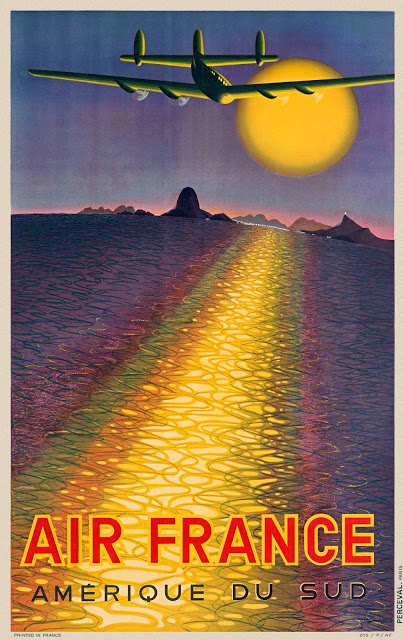 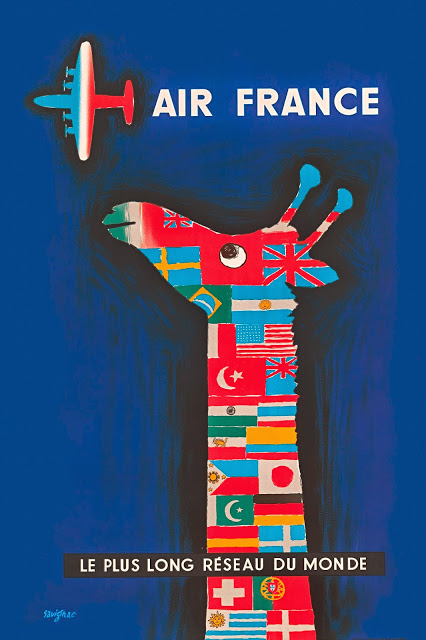 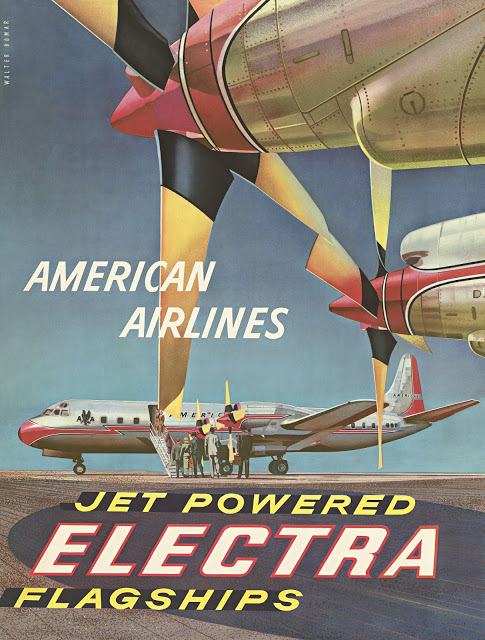 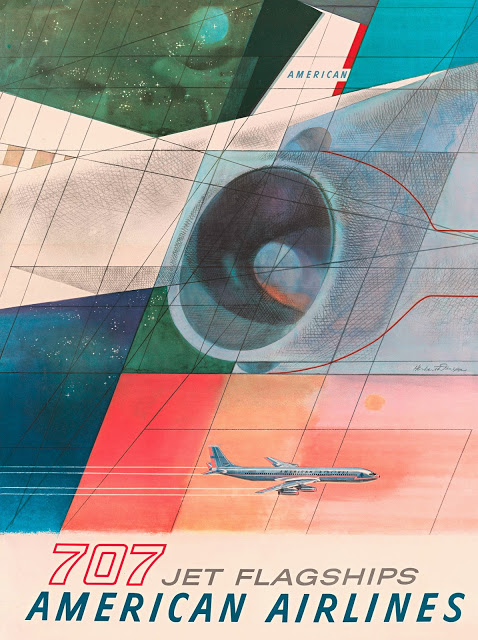 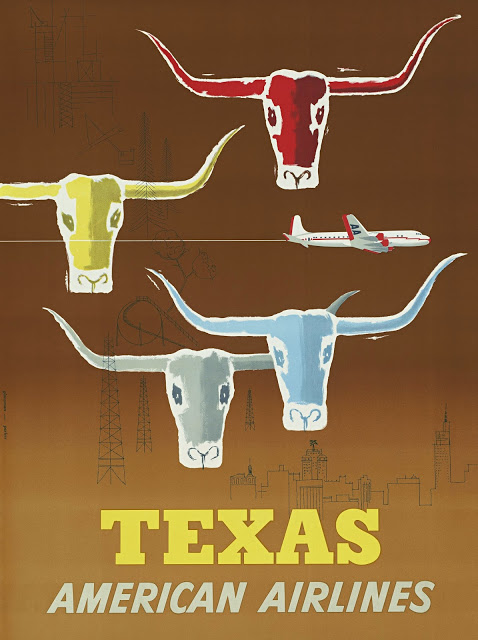 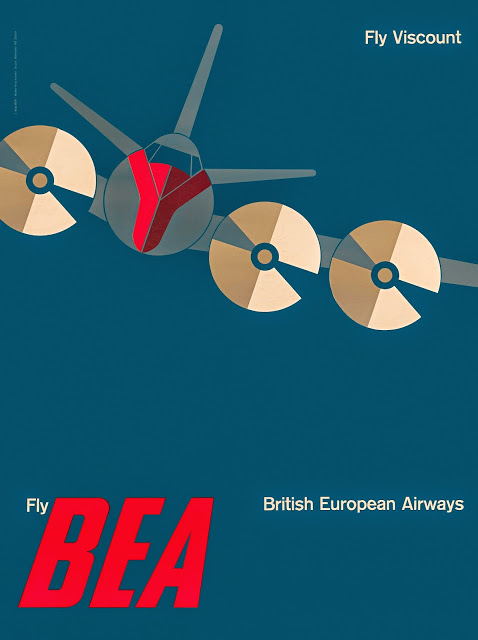 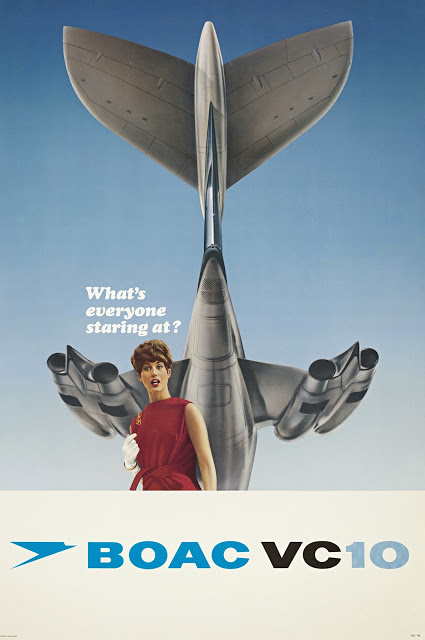 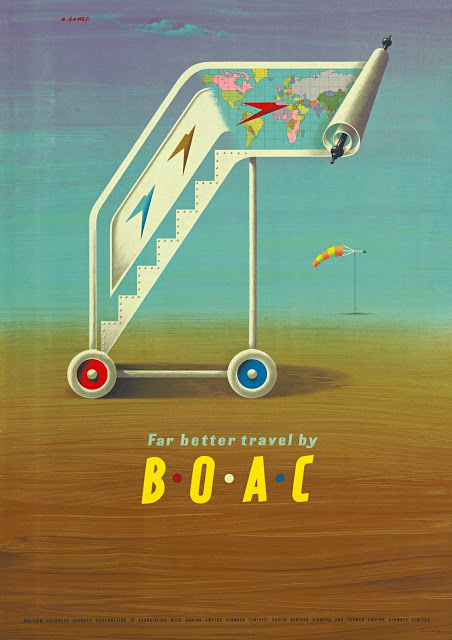 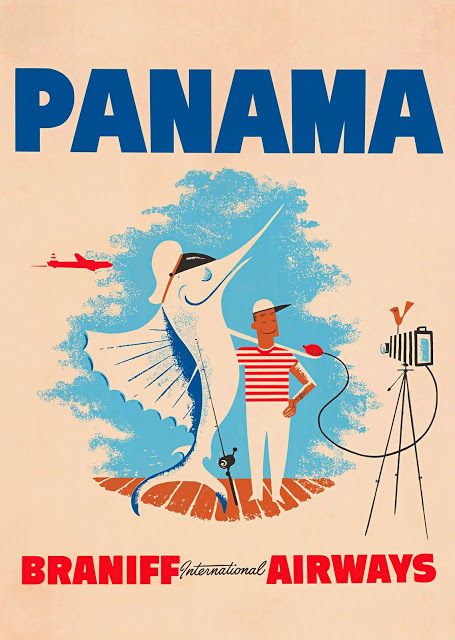 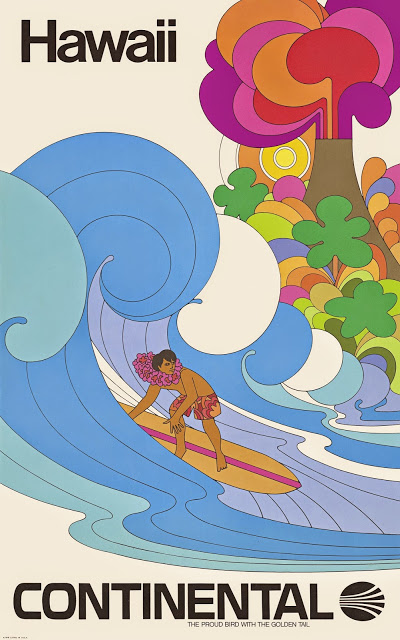 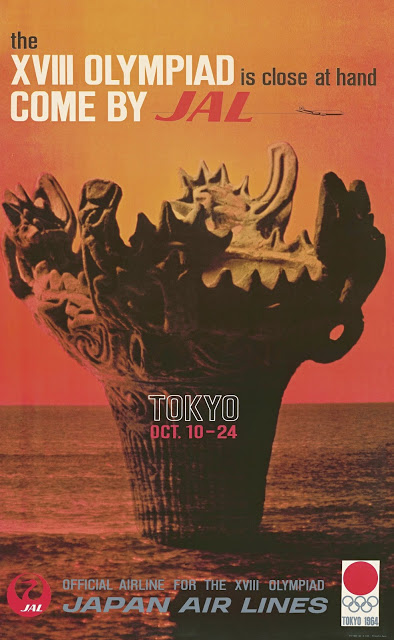 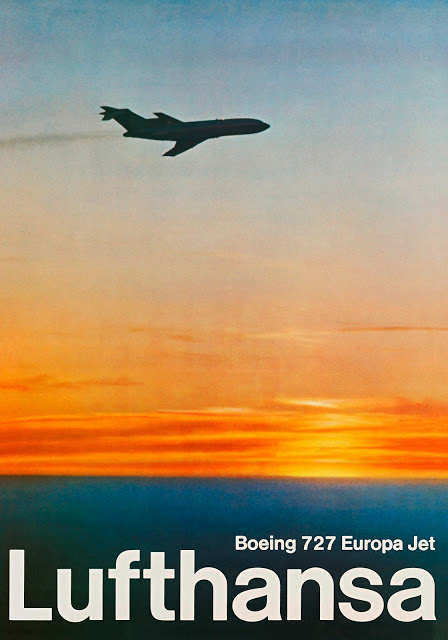 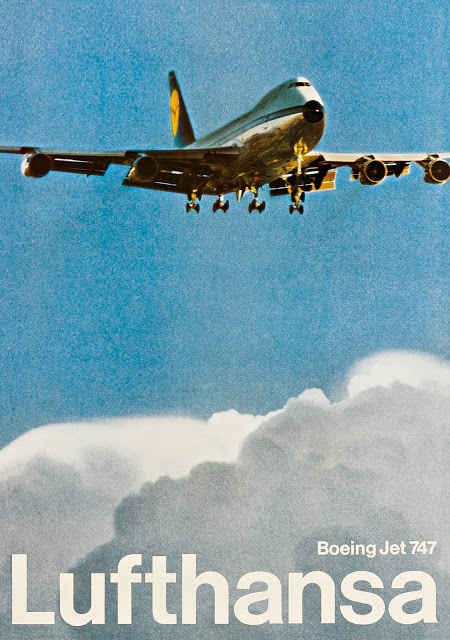 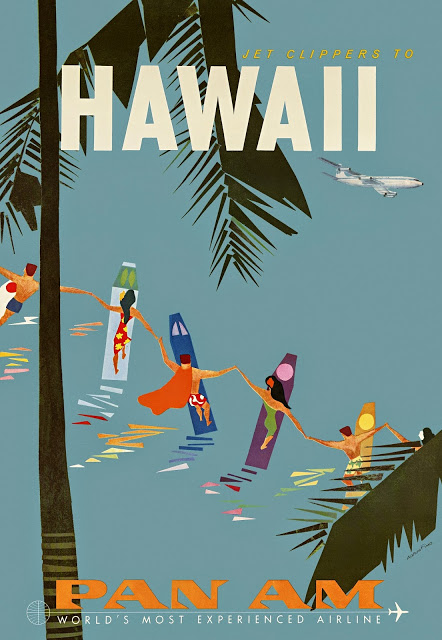 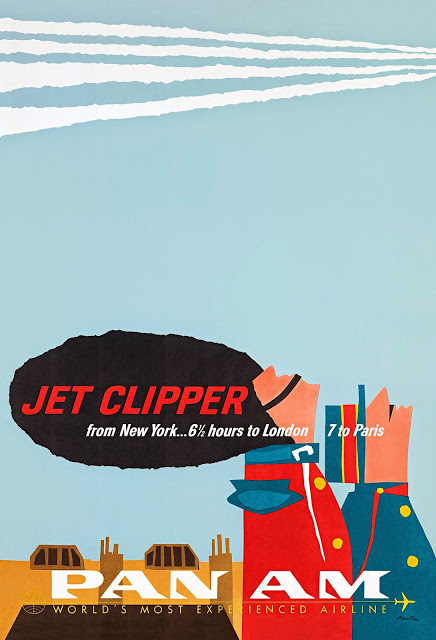 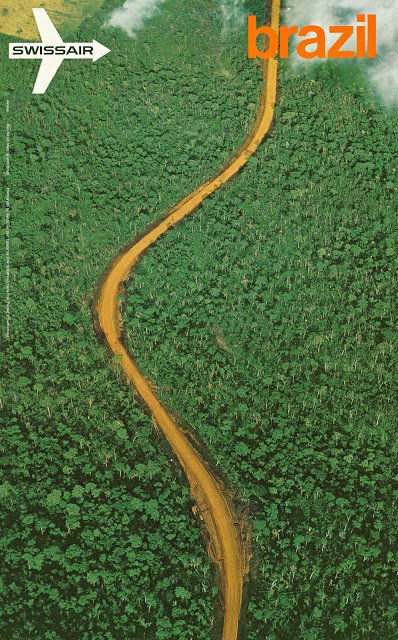 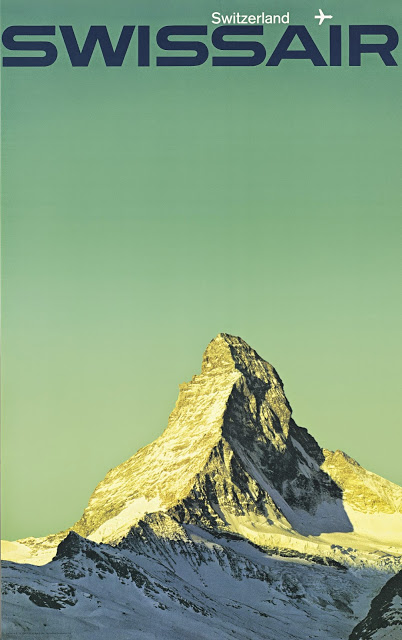 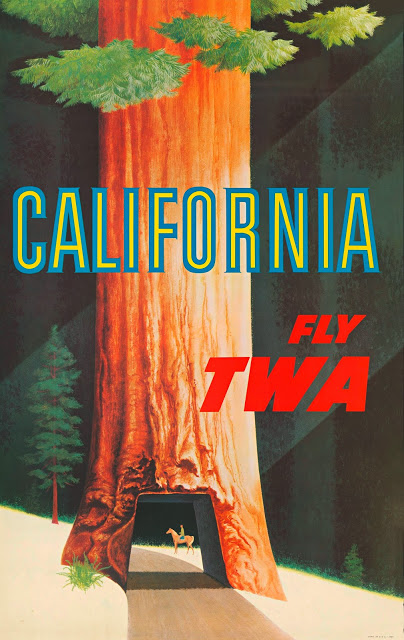 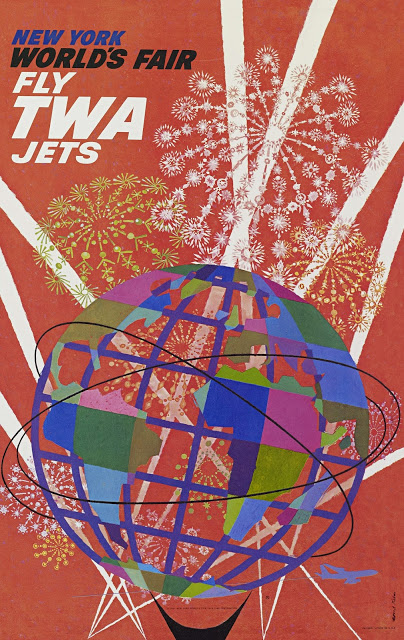 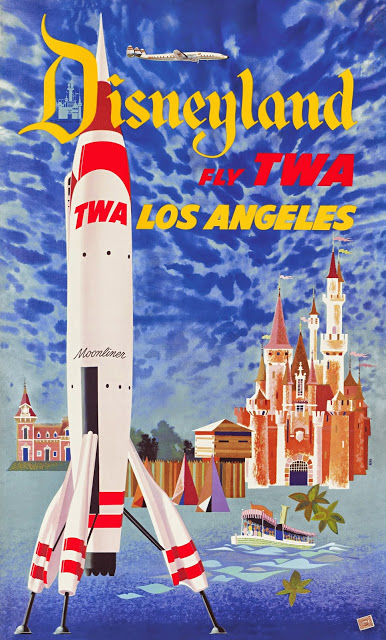 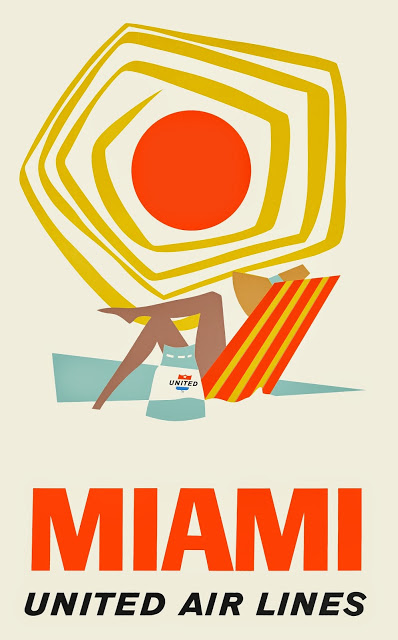 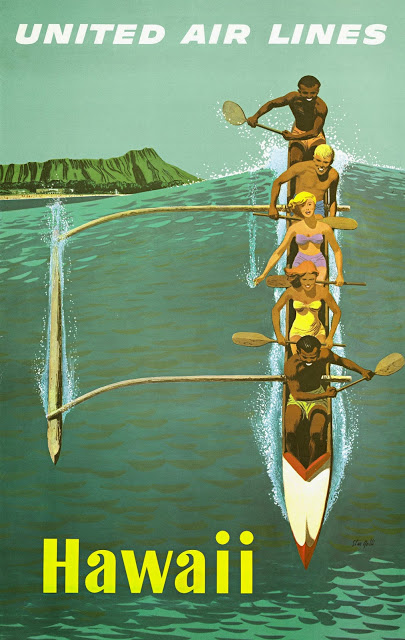 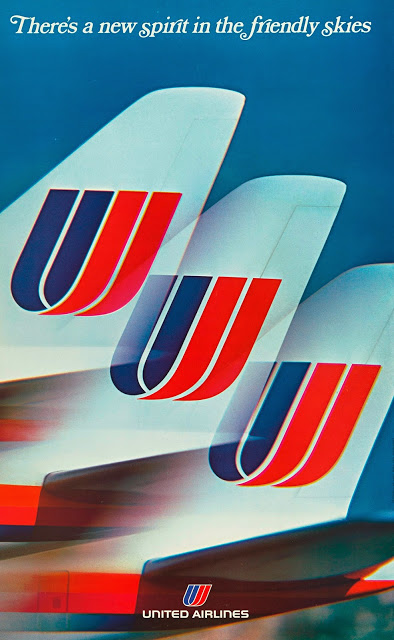