Oh my god, I’ve been waiting for this movie.

I was scared until the first preview showed up and it looked amazing.

There’s a part of me that’s more excited for this one than I was for Age Of Ultron. I’ve always loved the Max movies and for them to go on with the same director and a great actor taking over the role makes me really happy.

Anyway, until I see the movie and see just how amazing it is, here are a couple of non-Max post-apocalyptic movies to keep you company.

Ok, maybe one of them just deals with the apocalypse and not the “post”. Whatever. 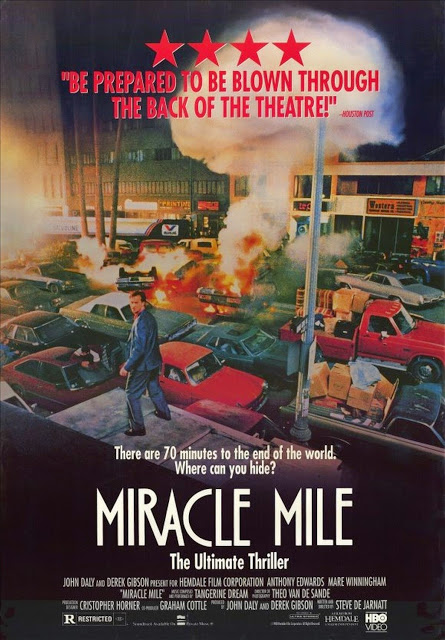 Before Anthony Edwards was everybody’s favorite sad-sack doctor, he was the guy no one really remembered from Top Gun because he was “out-handsomed” by Tom Cruise and Val Kilmer. (But he did get to be married to Meg Ryan in her prime, so there’s that.) If he should be remembered for anything, though, it’s this day-glo version of the end of the world.

Edwards plays Harry Washello, a bit of a loser who just happens to pick up a ringing pay phone to hear a voice on the other end telling him that the nukes have been launched and he and the rest of LA have only 70 minutes to live. Now it’s up to him to get everyone else to believe him. Can he do it? More specifically, can he get Julie Peters (Mare Winningham) to believe him? They just met and he missed their date. Now he knows the future and has to find her before the world goes kablooey.

As silly as it all sounds, this is actually a pretty intense movie. Even with the VERY 80s wardrobe it’s hard not to get caught up in this real-time thriller. Edwards puts in a great performance and manages to keep the 80s at bay. This is one of the best movies about nuclear war that I can remember seeing. 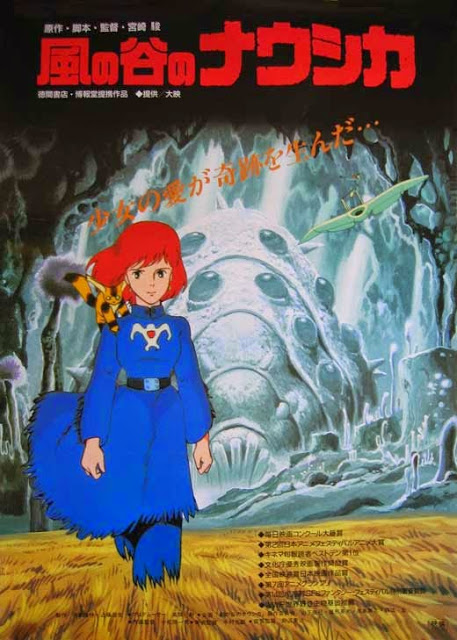 Miyazaki has created so many amazing films, many of them seeming to take place in a post-apocalyptic world, that it’s hard to choose just one. But Nausicaa is where it all started. Not only is it the first film that Miyazaki would have full creative control, but it’s the first to reveal tropes that would appear again and again in his films. (Strong, young female hero; man vs nature; strange flying machines; animal friend, etc.)

Nausicaa is the young princess of the Valley Of The Wind. She is learning exactly how humans destroyed the Earth, making the air toxic. Her tribe does their best to reintroduce good oxygen through growing plants underground, but it’s a rough job in the Wastelands. It doesn’t help that there are other tribes to fight. Also giant bugs.

Luckily, animals are able to understand Nausicaa, and she uses this gift to help them co-exist with her tribe. She’s an amazing girl and her people have no problem following her wherever she takes them. Of course, a rival tribe shows up. Or course, the giant bugs play a role in the war. And, of course, the fate of the world is at stake.

This is still many peoples’ favorite Miyazaki film, and I can see why. It’s an amazing film in MANY respects: character, animation, story, voice acting (in the Japanese version, anyway)…it’s all great. The music is at times really 80s (go figure) or almost Goblin-esque. Personally, there are other films that I like better, but I will never denigrate Nausicaa. It’s beautiful from start to finish and almost plays as a trial run for Princess Mononoke 13 years later.