Jon Land writes the kinds of books that ruin your day.

You pick one up and start reading and the next thing you know several hours have gone by.  Or even worse, you’ve been up all night reading, only catching a brief moment or two of sleep because you needed to know how the book ended.

In other words, the good kind of “ruining your day.”

Land is the author of over 25 thriller novels including the Caitlin Strong series (which focuses on a Texas Ranger), the Ben Kamal and Danielle Barnea series (about a member of the new Palestinian police force on the West Bank, and a Shin Bet (Israel’s FBI) agent in Israel) and the Blaine McCracken series (centered around a rogue agent with the CIA).

His latest book, Black Scorpion: The Tyrant Reborn, the second volume in the Michael Tiranno series is in stores now.  Jon took some time out of his very busy schedule to discuss the new book, his creative process and the thriller genre.

What sets the Tiranno series apart is that it’s not actually your creation, but that of entrepreneur Fabrizio Boccardi.  Who is Michael Tiranno and how did you get involved in the series?

Wow, starting out with two tough ones!  Let’s start with the second.  Fabrizio conceived Michael Tiranno, aka “The Tyrant,” as a means to brand his various efforts through a broad spectrum of multi-media.  Since there are a lot of advantages to building out from a book, he selected my publisher Tor/Forge as his launching point and my publisher selected me as a writer because Fabrizio’s vision was tailored perfectly to the thriller format that’s my specialty.

Which brings me to Michael Tiranno.  Fabrizio had only the broad strokes of his character in mind at that point, but they were crucial ones.  The notion of the ultimate rags-to-riches story, an epic tale that sweeps across time and space, Tiranno’s rise to a Las Vegas mogul operating the grand and glorious Seven Sins Resort and Casino modeled after the casino Fabrizio is prepared to build himself.  I took those notions and, working with Fabrizio, crafted a dark hero, a kind of Batman of Las Vegas who’s been scarred by the past to the point that he has become utterly ruthless and cunning.  But he’s also obsessed with protecting the weak who, like he was as a boy witnessing the murder of his own parents, can’t fight back on their own.  Ambiguous, in other words.  A tyrant, but ultimately a tyrant for good and against evil.

Does the creative process of writing a work-for-hire piece versus an original novel change at all?

Another great question!  It changes entirely, because by its very nature the creative process in crafting these books is collaborative.  To be frank, I don’t particularly enjoy it.  But I have to give Fabrizio a lot of credit for having terrific instincts and for pushing me for something more and better on every page.  The micromanagement frustrates the hell out of me at times, but Black Scorpion has been praised multiple times as my best book ever after 37 so the proof, as they say, is in the pudding.

From that standpoint, since Michael Tiranno is his creation and the brand on which his entire media and gaming global empire is being built, I can’t blame him for wanting to make sure the character is true to his vision and my responsibility is to help him realize it.

The first book in the series, The Seven Sins: The Tyrant Ascending, was released seven years ago.  What took so long for this installment to come out?

All sorts of reasons, starting with the fact that Fabrizio has been exhausting a lot of time and resources in getting the first movie made.  There have been a lot of stops and starts, both creatively and from a business standpoint.  The goal and hope was always to have the film up, or a least in production, when the second book came out.  Even though we’re inching closer to that with a major studio I can’t name on board, it became clear it wasn’t going to happen in the timeframe we’d hoped for, so Fabrizio elected to do a second book at the same time.

Well, and here’s the irony to the whole thing, we might actually see more of the second book in the film than the first because it dispenses with a lot of the flashback nature of the first book’s structure.  Black Scorpion is a more linear tale that pits Michael Tiranno against a villain who’s every bit his equal.  We had a vision for it right from the start that would create an ultimate battle between good and evil, literally between the forces of dark and light, and the end result exceeded anything we could have possibly imagined, while taking Tiranno’s character to the next level.

One of the interesting things is that Boccardi created The Tyrant as a trans-media company out of the gate; even developing The Seven Sins as an actual casino.  One of the projects announced was a collaboration with DC Comics.  Is that still happening and are you involved with that?

Yes!  A comics artist named Andrea Mutti is actually working on creating the visual world of the Tyrant.  I haven’t seen any of his work yet, but I hear it’s spectacular.  And, no, I have no involvement whatsoever, other than to tell you that Fabrizio and I were actually brainstorming ideas for the comic/graphic novel when we came up with the idea for the second book that became Black Scorpion.

The key thing to remember here is that while each of the various adaptations of The Tyrant across multiple mediums will have its own distinct identity, all will share the same character traits of our dark hero on which he entire series was built.  So there will be a nice symbiosis from the books, to the comics, to the movies, videogames etc.

Characters always contain elements of the author.  In this case, The Tyrant is loosely inspired by Fabrizio Boccardi.  What elements of Fabrizio’s personality have you appropriated in writing the character?

Oh man, is he going to see this? [laughs]  The first thing that comes to mind is passion, a passion that results in accepting nothing less than the best and never stopping short of achieving your goal.  Successful people are often driven to, if not obsessed with, the target they’ve got centered in their psyches.

In that respect, the success and power Michael craves in his world parallels that which drives Fabrizio in his world.  The difference is that in Michael’s case it’s about vindication, about finding the security he lost the day he witnessed the murder of his parents.  It’s more of an existential quest as opposed to Fabrizio’s which is similar to the moguls who founded Las Vegas and Hollywood who are driven to see their visions brought to fruition.

In that sense, they’re both throwbacks—Michael to the classically romantic action heroes from which he stems, and Fabrizio to the magnates who built the gaming and movie industries from the ground up.

I know you’re a big movie fan.  In the thriller genre, what advantages do books and films have over one another?

Most notably, in a book you can obviously get into the character’s head, show what they’re thinking and the process of their internal monologues which bring them to life by showing what moves and affects them.

As an author, you also don’t have to write to any budget.  I can put anything I want into a book for as long as short as I want without worrying about the scale.  Film strives to do the same thing but on a canvas that’s wholly visual.

And the challenge of bringing an ambiguous character, a dark hero like Michael Tiranno, to the big screen is that without getting into his head, he can come off as an asshole.

It makes for a tremendous challenge for any screenwriter to portray the very ambiguity that defines him in moving the narrative forward without getting into his head.

The best example I’ve seen of this lately was Denzel Washington’s brilliant portrayal of Robert McCall in The Equalizer.  We don’t have to be told what he’s thinking; we know what he’s thinking by how he reacts to stimuli and situations.  And, like Michael Tiranno, his code defines him.  So I guess what I’m getting at here is that it’s all about what a character feels, not just thinks, and the challenge to achieve that is equal in both books and film.

Do you have an hour?  No, seriously I’ve got so much going on I don’t even know where to start so I’ll just mention my next one.  My seventh Caitlin Strong book, Strong Light of Day, comes out in October and I think it’s the best in the series so far for a myriad of reasons, most notably what Caitlin’s up against both emotionally and structurally.  I think it’s important to note that there never would’ve been a Caitlin Strong if there wasn’t a Michael Tiranno.  I started the series featuring her in large part to get as far away from what I’d done in crafting The Tyrant as I could.

Now I realize they’re remarkably similar characters, both symbolically standing as classic heroes defending their chosen worlds and frontiers.  They stand for so much that’s right and against so much that’s wrong.  Hey, someday I should do a book that has both of them—at least a scene where they meet.  Maybe Caitlin’s representing the Texas Rangers at a Las Vegas convention being held at Michael’s Seven Sins.  Can we end the interview now so I can go write the scene where they meet in the lobby?

Have you got another hour?  Man, I don’t even know where to start . . .  Well, Mad Men’s winding down, Game of Thrones is ramping up, and The Good Wife is headed toward it’s last episode of the season.  I’m reading Stephen King’s Revival, not as good as his last couple but still pretty damn entertaining.  Can’t wait for Fury Road since I think Mad Max is just another version of Michael Tiranno or Caitlin Strong defending a different frontier.

And, here’s a biggie, Hannibal returns on June 4 for his next course on NBC in a series that magically reinvents the Lecter mythology and timeline.  And Ray Donovan will be back on Showtime next month I think.  No shortage of entertainment choices.  Hey, maybe someday somebody will be doing an interview about geeking out over something I’ve created! 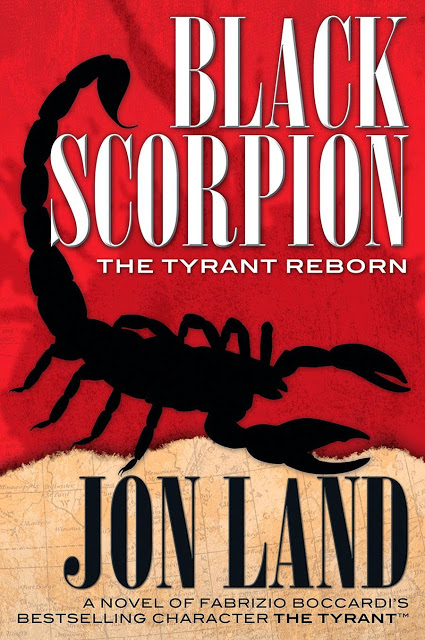 In this article:Books/Literature, Interview, Thriller