For fans of comedy, comedian Dana Gould is staple food, someone who sits on the shelf next to Carlin, Pryor and (insert another favorite comedian here) and gets pulled out anytime you need a little pick-me-up (I like to consider him the human equivalent of a Mother’s Little Helper).

If that sound incredibly verbose of me to state, well you haven’t truly sat down and watched/listened to one of his comedy specials or witnessed one of his acting gigs on Parks and Rec, The Ben Stiller Show, Maron or the plethora of other shows he appeared on (and let’s not forget he was a writer on The Simpsons, a producer on Parks and Rec, runs his own postcast, The Dana Gould Hour, and told one of the weirdest versions of “The Dirtiest Jokes of All Time” in the documentary The Aristocrats).

To celebrate the fact that Gould went Old Skool with the release of his stand-up special Let Me Put My Thoughts In You on vinyl, he chatted with FOG! about the good ole’ days of listening to comedy albums, what it was like to work on The Simpsons and yes, the time he “surprised” 70s star Paul Williams dressed as Dr. Zaius.

Yeah, you’re going to want to check it out after the break.

FOG!: The vinyl comedy album, for those of us who old enough to remember them, was more often then not, our first introduction to live comedy and the comedians we loved. When the opportunity arose for you to go vinyl, was it like like living out an old comedy dream? Did you have flashbacks to your own favorite comedy albums? And if so, what were they?

Dana Gould: Vinyl comedy albums had a tremendous impact on me and my comedy education. When I was twelve or thirteen years-old, my older brother came back from the Army with George Carlin’s FM & AM, Cheech & Chong’s Yellow album and Steve Martin’s Let Get Small. I could probably still recite those albums front to back, but Carlin’s especially was a revelation to me.

I quickly began collecting comedy albums, and really immersed myself throughout high school. Not just Steve Martin, who was HUGE back then (in the late 70’s / early 80’s), but Richard Pryor, all of Carlin’s work, then back to Lenny Bruce, Woody Allen’s double album, etc. I listened to those over and over, the way my friends at the time were listening to Jethro Tull and Aerosmith. I was VIOLENTLY uncool. Later, after I had become a stand up, I found Albert Brooks’ Comedy Minus One. That also had a massive impact on me. 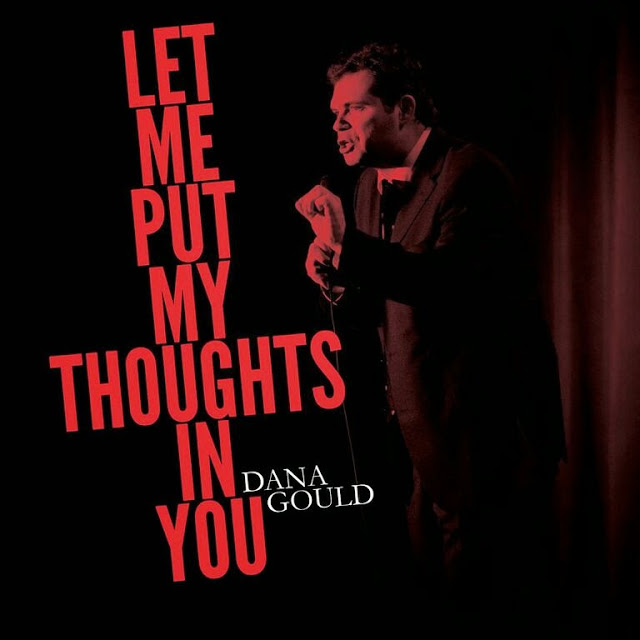 Let Me Put My Thoughts Into You, is a brilliantly, layered comedy piece that, at first, seems like just a vignette of impressions and jokes , but upon repeated listenings, evolves into a darkly hilarious look into society and yourself. When you’re writing, is it intentional for you to create, what seems at first like a standard joke, but will eventually burrow its way into the listener’s psyche and make them do a double take?

Again, I go back to my comedy album education. I think the three albums that had an impact on me in the regard to which you are referring was Carlin’s Class Clown and Occupation: Foole, his two autobiographical albums, and Wanted: Richard Pryor: Live In Concert. All three of those are brilliant examples of stand-up at its peak, and each are of a piece. I absolutely try to structure my shows, and the subsequent albums, as layered, specific pieces with a very intentional beginning, middle and end. Absolutely.

Your podcast, The Dana Gould Hour, has been running for a few years now. How has the format allowed you to grow as a comedian? Have you found the technology helpful? Therapeutic? 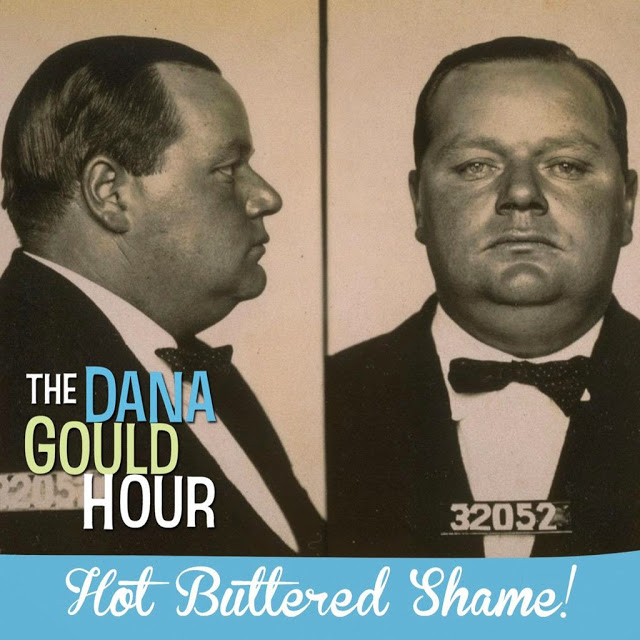 What the podcast does for me is reach people without having to leave my house. That is invaluable! It hasn’t “changed” my stand up but it informs it, and a lot of stuff from the podcast eventually grows into bits that end up in my live show, yes. I always think back to that story of Brian Wilson letting the Beach Boys go out on tour while he stayed in LA and wrote and recorded Pet Sounds and Smile. That’s what the podcast feels like. I’m like Brian Wilson. I’ll just stay at home and do this.

But then I have to go out on the road and be the Goddamned Beach Boys too.

Your comedy is angry, surreal, sarcastic and cerebral, when you were working on The Simpsons for seven years as a writer, were there any instances or episodes when your comedy outlook had to be reined in to fit the show?

Oh my God, instantly. Instantly. Working on The Simpsons I had to sublimate my “comedy personality” as it were so I could serve the show. That took a while but I think I did a fairly good job of learning how to adapt my abilities to that very specific format. I was working with amazing people.

Legends, really. George Meyer, John Swartzwelder, John Vitti, Mike Scully, David Mirkin.. I mean, it was about as intimidating as it could be, but I learned a great deal. After about seven years, I finally felt like I belonged.

So I instantly left.

Speaking of surreal, one of my favorite moments in comedy has to be the time you dropped by one of Paul Williams’ shows dressed as Dr. Zauis. I don’t think I ever laughed harder or watched/re-watched a video more. How did the idea evolve and, more importantly, do you happen to own the costume, hoping for a moment just like that one?

That, by the way, was not my sketch. It was the same idea, had by someone else – I’m not sure who, maybe John Vitti. But it was totally independently of me. What The Simpsons did was insanely brilliant. 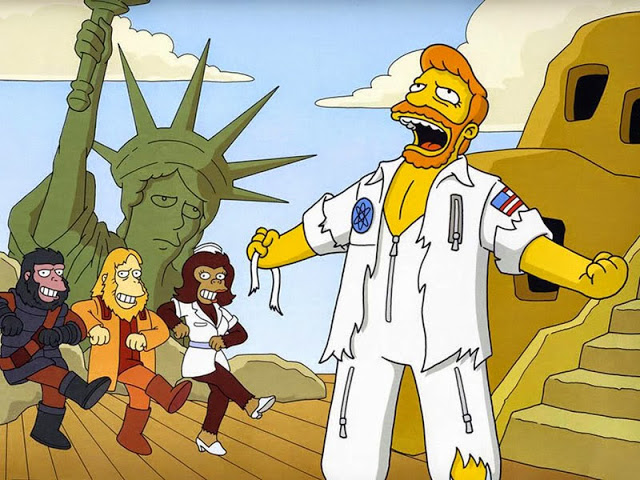 Years later, I was talking to John Hodgman, who had stumbled across a photo of James Whitmore on the set of the original Apes film reading a biography of Mark Twain, and was trying to get someone to send him a video of Zauis reciting Twain, just to see of he could get someone to do it.

I casually mentioned that I had written that very sketch about twenty years earlier and he asked if I’d like to do it live. I was about to say, “No,” when I thought, “Wait, I actually can do this.” I’m lucky enough to be very, very, close friends with Greg Nicotero and Howard Berger, the make-up geniuses behind The Walking Dead among a million other things. I asked them of they could do a convincing Dr. Zauis make-up, and they, like, shrugged. “Yeah, sure.” Like I was asking to borrow a nickel.

“Sure.” That led to the Dr. Zauis as Mark Twain with is on YouTube and is quite good, if I do say so myself.

The other event, with Paul Williams, came a short time later, and that was also just ridiculous. That night I performed as Me as William Shatner as Dr. Zauis reciting ‘Twas The Night Before Christmas. It was like a Russian egg doll but it came off really well.

FOG!: Finally, what can we expect from you in the future?

But I won’t let that discourage me.

Let Me Put My Thoughts in You is now available from Stand Up! Records