Growing up I rarely visited hospitals and for that reason (as well as playing a lot of survival horror games!) they have a surreal, other-worldly quality to them.

My experience of hospitals comes entirely from TV shows like House or as with everything in my life, video games.

Even when relatives were ill, I somehow maintained a distant relationship with hospitals. I saw them as boring places that smelt funny and I remember a time when my nan had to stay in one for a few days so naturally, I gave her my Gameboy so that she could play Tetris and keep herself entertained.

So, you can imagine how weird it was for me when earlier this year I visited hospital more times than I have in my entire life. My husband was rushed to hospital and admitted several times with kidney stones and in recent months I’ve also undergone various tests and scans with cancer scares. Although my medical situation is now under control and my husband is fully recovered, hospitals, doctors, surgery and medical terminology have recently dominated my every thought.

With that introduction, you can probably guess what this post is going to be about… 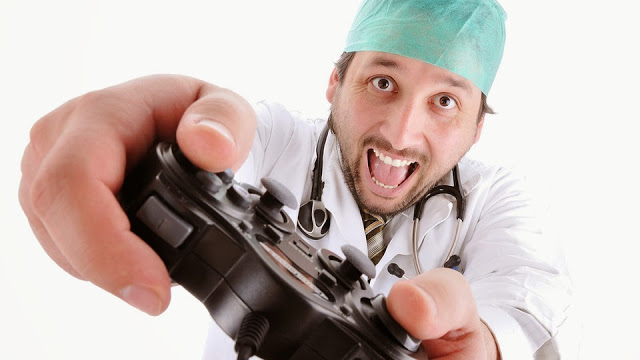 When I began writing this post, I was actually waiting for my husband to undergo surgery and I started thinking about video game hospitals and how, if we were in a video game, Matt (my husband) would be royally screwed. If you look at any game featuring a hospital or medical staff then what you’ll see are flawed systems, placebo drugs and incompetent, badly trained staff who will probably do the opposite of their Hippocratic oath. 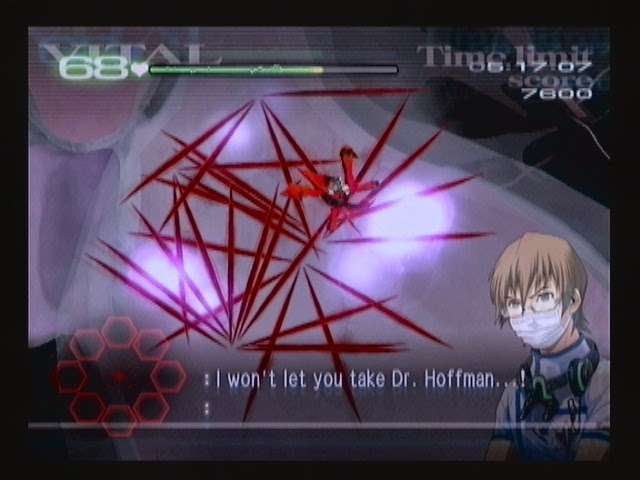 Take the surgical game, Trauma Center: Second Opinion – if Matt’s surgery was being conducted by the player then as well as being infected with a creepy, evil foreign body, his post-surgery scars would resemble Satanic looking symbols and bloody snowflakes.

Or, if doctors threw pills at their patients (or enemies…) like Dr Mario does, not only would that be wasteful but they’d be facing legal action and would undoubtedly lose their license. 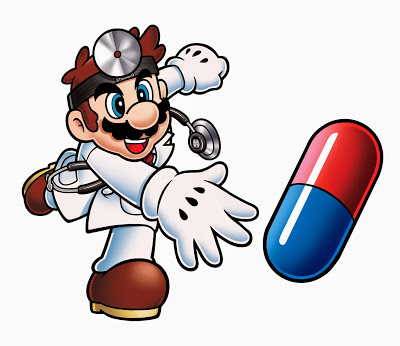 The same goes for anyone who dares undergo surgery from the medical staff in Surgeon Simulator.

Unless you just love having your organs replaced with foreign objects like scissors or a fancy watch of course. 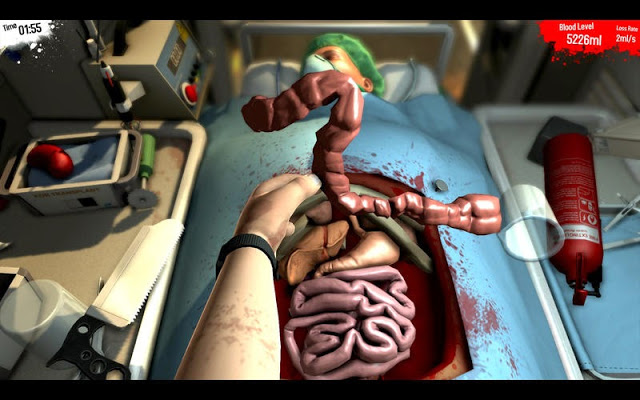 These surgeons are dangerous, they can barely control their own arms and no amount of alcohol could steady their arthritic-like hands. If the job of a surgeon was to sadistically insert inanimate objects into their patients and then sew them up badly, the surgeons of Surgeon Simulator would be leaders in their fields!

Then there’s Nurse Joy from the Pokémon games, she always “hopes” to see you again which is quite frankly, concerning because that means she actively wants your Pokémon to get ill again. 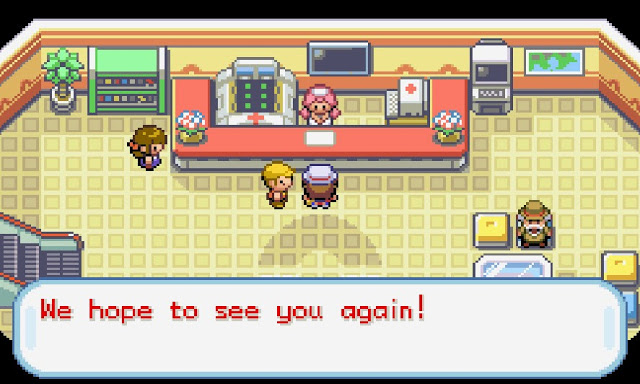 Still, compared to the nurses in Silent Hill who without a shadow of a doubt do want to hurt you, I suppose she’s the lesser evil.

I’d rather turn to the sadistic Nurse Joy who only hopes I return, then ask a Silent Hill nurse for aid only to be ripped apart.

It’s not just medical staff who are a problem in video games though, it’s the dubious items and healing methods.

Games have long been about death (or if you believe the glass is half full.. lives). You play over and over until your character dies or you have no more money left to funnel into extra lives.

So, in terms of medical realism it makes sense that medicines and first aid kits exist in games.

However, some of these make me incredibly skeptical like when hen Jill Valentine gets injured, she can use a first aid spray.

It’s pretty effective, in fact, I’d like to get me some of that because it seems to cure anything, it is a medical miracle spray!

Though, we can’t forget the other form of first aid in Resident Evil…herbs.

Somehow, a super miracle spray exists in these games alongside a herbal remedy?! Sure. 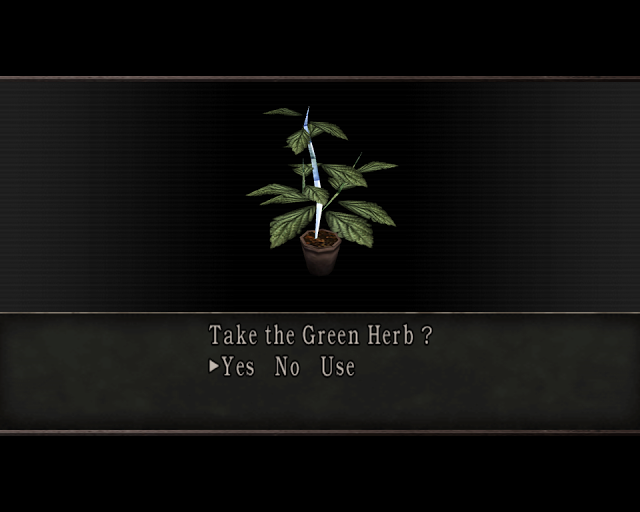 In games with a fantasy setting, a potion or elixir makes sense but in real life, these obviously aren’t real (unless someone has a stash of Phoenix Down somewhere I don’t know about?!) and if they were there would be a hell of a lot of resurrections.

Still, I suppose magic trumps all in the fantasy genre and clerics or magical healers are hardly in short supply. Except in Hyrule. In Link’s home-world, in order to prolong your life you have to collect heart shaped pieces or be awarded them by fairies, like an alternative form of medical insurance. 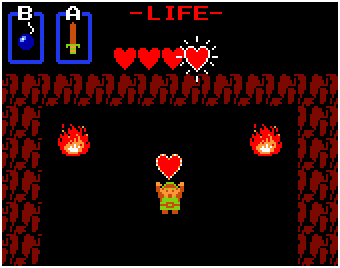 Collecting heart shaped pieces is one thing but it’s not as weird and wonderful as the medical power of sleep in the Fallout universe. Break a leg? Take a nap. Crippled? Sleep it off. Nearing death? Sleep for a whole day! It’s clear that the Fallout games, although ultimately set in a dystopian future often convey a sense of realism except when it comes to health care. 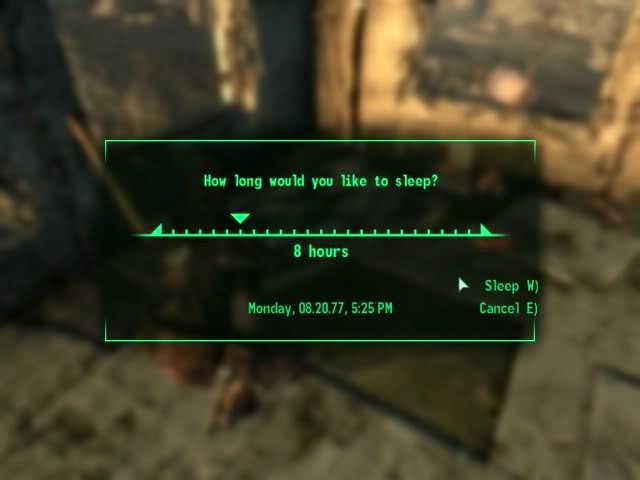 Multiple lives are one thing but to be healed continually without repercussions is exclusive to video games. Game over is never actually ‘game over’ unless you want it to be. This false sense of security creates a bizarre perspective on both life and death on a subconscious level.

For me at least, it appears the unreal representations and desensitised view of death in games has somehow shaped my detached perspective to it – it’s no wonder I think hospitals have an ethereal quality to them! 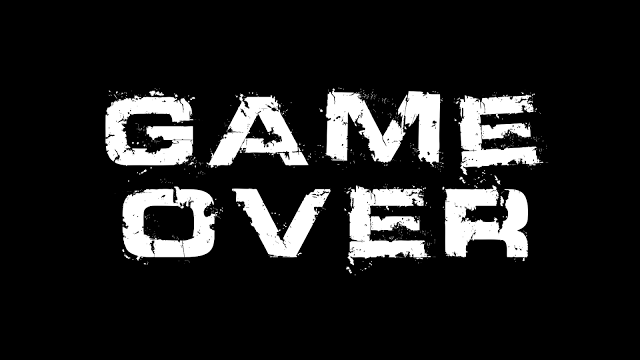 In both real life and the gaming world, we have access to medicines, machines, surgical tools and specialist doctors yet if video games are to be believed, we should all be very, very worried if we get sick.

*Paging Dr Mario*….actually, on second thoughts, you know what…I’m good. I might sleep it off.