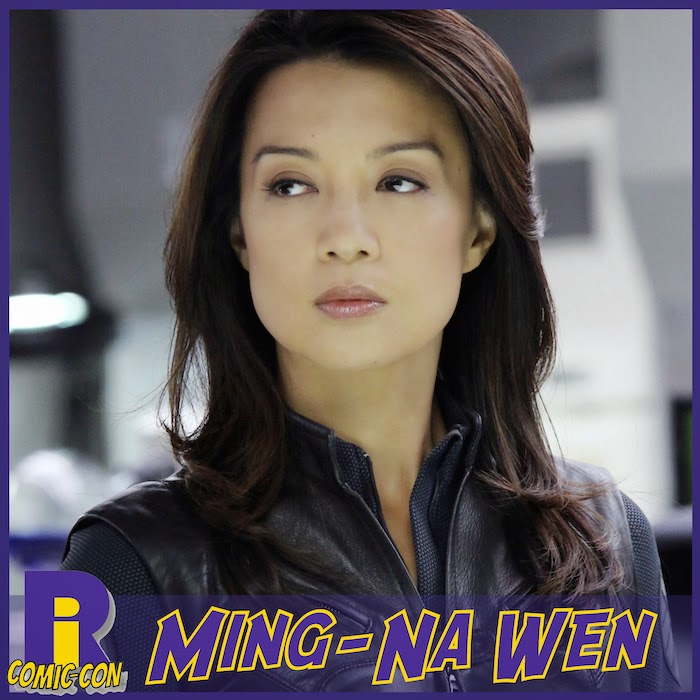 We’re proud to announce that Ming-Na Wen, Agent Melinda May of Marvel’s Agents of S.H.I.E.L.D. will be a guest of the 2015 Rhode Island Comic-Con!

Ming-Na was also the voice of the title character in Disney’s Mulan, and has appeared in dozens of films and television series including Street Fighter, Push, The Joy-Luck Club, ER, The Single Guy, Stargate Universe and Eureka.  She’s also done voicework on such series as Adventure Time, The Batman, Phineas and Ferb, Todd McFarlane’s Spawn and Disney’s House of Mouse.

Come meet her in person on November 6th-8th at the Providence Convention Center and Dunkin Donuts Center.

Please welcome Julian Glover to #RICC2015! Mr. Glover is currently known for his work in Game of Thrones as Grand Maester Pycelle. He is...

Please welcome Jason Momoa​ to #RICC2015!  Jason is known for his work playing Khal Drogo on the hit show Game of Thrones​ as well...

Please welcome Jesse L. Martin​ to #RICC2015!  Jesse is currently known for his work as Detective Joe West on The Flash​ on The CW​!...

Rhode Island Comic Con is excited to welcome the great Peter Cullen and the phenomenal Frank Welker to their 2015 Convention on November 6th...