On the right day, a favorite theme park can resemble one of Dante’s circles of hell.

Which is way they have often became a favorite setting for many a horror film.

It’s easy to borrow against the notion that a day at a family fun park can easily go wrong with so many factors in play.

In other words, even a play where you remember the most joy has a seedy underbelly that can be easily explored.

While some premises are goofy and unbelievable, other movies that use a theme park as their focus tend to have a message: Get out while you can.

Here is a look a few of those films, both fictional and documentary, in which the dark side of theme parks are spotlighted:

It takes balls to head up to Disneyland and film a horror movie sans Disney approval and permits.

Written and directed by Randy Moore, Escape From Tomorrow follows a young father as he slowly loses his grasp on reality while on a family vacation to Disneyland/Disney World (the film utilized both theme parks in the making of the pic.)

To make their dream a reality, the cast and crew went full guerrilla filmmaking, using their iPhones in an effort to hide their production. In fact, Moore feared the Mouse so much that he fled to South Korea to edit the project. The filmmaker probably lived in fear of wearing a pair of cement boots and matching white gloves while getting tossed into the Cinderella Castle moat.

However, turns out that Moore had nothing to worry about. Even when he submitted the movie to Sundance for the Midnight Screening, Disney did nothing.

They just didn’t give a shit.

For Disney, this was a nothing movie. It wasn’t even a blip on their radar. With Disney, in the time it look to lift a finger to crush this itty-bitty horror movie, they would have lost important manpower in promoting Planes 2.

Or perhaps they actually saw it.

Listen, it’s not a great movie. It’s a movie with a great premise. But it jumps track quickly and loses its way. Somewhere along the lines, the filmmakers got so involved in how the movie was made, they forgot to make a movie. Much less a good movie.

So, in the end, Escape For Tomorrow did nothing to hinder Disneyland other than inspire other filmmakers to use It’s a Small World as a setting for a horror pic. Which, admittedly, is long, long, long overdue. 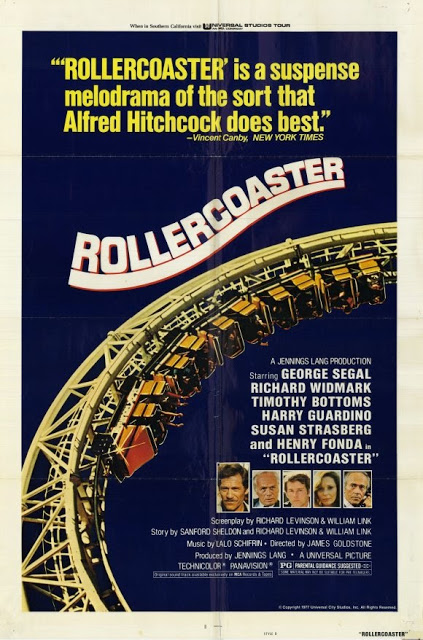 Filming in 1977, Rollercoaster follows a mad bomber who threatens to destroy a favorite attraction if his demands for cash aren’t met. Because waiting in a three-hour line for a two-minute ride wasn’t scary enough.

Set in Ocean View Park in Virginia, the pic hoped to exploit the wave of disaster films that were big at the time using all the power of the ‘70s that it could muster.

Starring George Segal and a fresh-faced Helen Hunt, the films did well in the theaters, but is hardly remembered.

That’s what you get when you open against Star Wars.

The Most Insane Amusement Park Ever Built 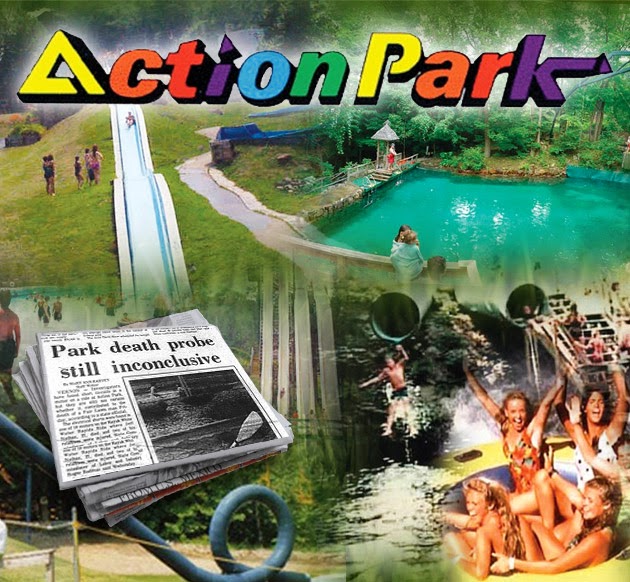 When a Vernon, New Jersey, bodunk kiddie fair’s blatant disregard for human life makes waves on the West Coast, you know you have a winner on your hands.

Without exaggeration, Action Park (aka “Traction Park,” “Class Action Park”) was perhaps the only amusement park that was proud of its death toll.

Best known for the looping waterslide that once decapitated a mannequin during test trials, Action Park had it all! Bobsled rides that would topple over or jump tracks causing serious friction burns, unmanned water rides that caused whiplash and roving gangs of teenage boys stealing money from young kids. 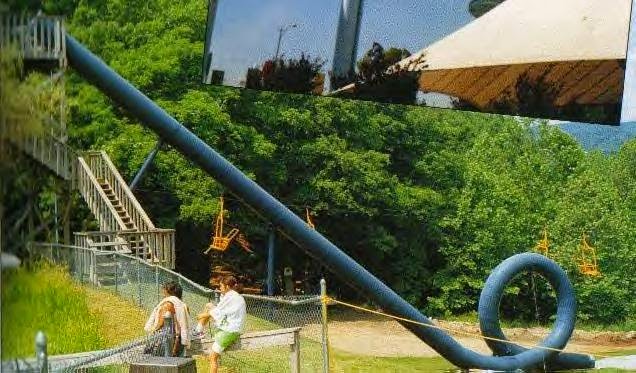 The film The Most Insane Amusement Park Ever Built lovingly merges fond memories of the former park with tales of injury and trauma.

Interviewing former repeat offenders who made it out of their Action Park childhood alive, the docu is filled with a combo of both humor and incredulous testimony regarding the large array of injuries caused by the “rides.”

“It’s almost a rite of passage growing up in North Jersey,” states comic Andy Fiori in the doc.

New Jersey: Our amusement parks will destroy you. You’re Welcome.

Watch the full documentary below: 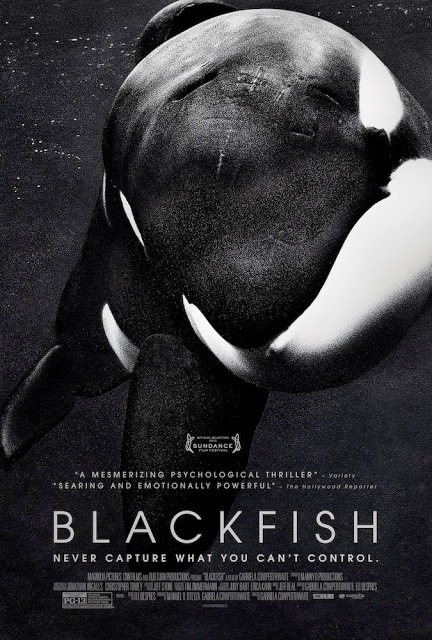 While many of the pics on this list are either tongue in cheek send-ups of corporate culture or fond remembrances of a more innocent time, this is perhaps the most heart wrenching and difficult to watch.

Directed by Gabriela Cowperthwaite, Blackfish focuses on a trio of deaths due to the negligence of Sealand/SeaWorld in regard to their orca Tilikum, whose behavioral issues due to abuse went largely ignored.

Tracing back the life of Tilikum from his early days when he was ripped away from his mother, Blackfish establishes a pattern of hostility from the whale caused by cramped living conditions, limited food supply and life as a captive. Aggression towards other orcas, as well as the young and fairly inexperienced SeaWorld staff was ignored by corporate in favor of exploiting their investment.

During the course of the investigation, SeaWorld and other marine parks are placed under the microscope, as Blackfish exposes the inept training methods of the young staff, the horrible conditions in which the sealife is forced to life their day to day life and their disregard for life in general, be it whale or human.

Shocking, disturbing and sad, Blackfish will make you never want to take the family out to see Shamu again. 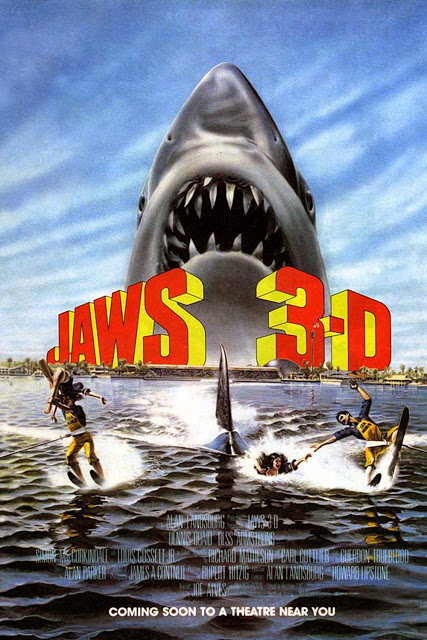 Before Blackfish could convince millions that SeaWorld was the enemy of young animal wranglers and orcas, there was Jaws 3-D, which assaulted both water-based theme parks and the intelligence of its audience.

There is a Great White Shark attacking a coast water park known for its ski shows and uber-friendly helpful dolphins. Instead of closing the gates to protect its guests and employees, Louis Gossett Jr. opts to litter the attractions with dead bodies. Because apparently that what people in power at amusement parks tend to do.

Jaws 3-D is a silly movie, but if you grew up with HBO, it was a silly movie you saw hundreds of times. (Fun Fact: I saw this movie so many times that in my 7th grade drama class I did the “Shark is in the park” monologue. I got a C.)

In the end, Jaws 3-D did nothing to affect SeaWorld or any marine-based theme park of that ilk, but it did make many a folks rethink visiting fine dining establishments that use sharks as wall decor, using underwater walkways and shitty 3-D effects.