According to some who have “died” and lived to tell about it, there is an alleged scenario that mystically culminates at the end of life that, while leaving massive gaps for both scientific and esoteric debate, nonetheless, offers a joyful measure of hope.

When we leave this world, we purportedly travel through a proverbial “tunnel,” and go on to have what has come to be known as a “near-death experience.” This “NDE” continues with a “life review,” during which we apparently, or maybe better stated, transparently, observe 3D-like moving pictures and sounds of the earthly existence we just left behind, as if watching a big-screen TV (most likely HD or plasma-enhanced!). If we get it right, we move on into the “light.” If not, we are returned to the present life, or we try again next time, depending on whether our intended strategies and objectives for this life, ranging from a supposed A-to-Z plan, are fulfilled.

With regard to Elizabeth Montgomery, it’s safe to say that she got it right. This time out, she lived her A-life. She excelled with a remarkable life and career that interlocked and overlapped with aplomb. In this median point between scenes, on screen and off, the term lifework has most likely never so fittingly described an individual’s vocation; for indeed, and indeed, her life worked.

Elizabeth’s appeal as an actress and as a human being remains timeless, despite the fact that she herself was not immortal, at least not in the traditional sense. Although no longer with us, she remains vibrantly alive every time any one cell in the kaleidoscope of her magical performances is seen or heard, viewed or reviewed, discussed or chronicled. Be they comedic, joyful, provocative, dramatic, adventurous, shocking, or mysterious, each of these visions or sounds, like each measure of her personal existence, is forever stamped with her indelible mark of enchantment.

Hopefully, in structure and principle, in pictures and words, and maybe with just a dash of stardust and fancy, The Essential Elizabeth Montgomery accents that theme by attempting to focus on and showcase the performance core, the essence of the actress. If so, that too seems to fit, specifically within the realm of the artistic literati. Elizabeth herself so very much enjoyed the art of reading—a favorite past-time that was encouraged by her father. As she once so delightfully told Screen Stars Magazine about this fond endeavor, “I don’t get enough of it, and I love it.”

Assuredly a good measure of Elizabeth’s countless fans feel exactly the same way about her.

With that said, the following passages include a few precious memories and recollections that she shared in her exclusive interviews from 1989 that were incorporated into The Essential Elizabeth Montgomery:

Elizabeth’s favorite Bewitched episode was “Sisters at Heart,” which originally aired on December 24, 1970, was co-written by Barbara Avedon, previously of series like The Donna Reed Show, and later of Wonder Woman fame, and the 10th grade multi-cultural class of Jefferson High School in Los Angeles. The segment had to do with Samantha’s daughter, Tabitha (as played by twins Erin and Diane Murphy) befriending a young Africa-American girl (Vanetta Rogers). The segment was Elizabeth’s favorite because it had to do with racial discrimination, which she believed was the core theme of the entire Bewitched series. “When I saw that episode,” she noted, “I thought…yeah…prejudice. That’s what the show is all about.”

Elizabeth made note in 1989 of a few other of her favorite Samantha segments:

“ I liked the two we did with Henry VIII (“How Not to Lose Your Head to King Henry VIII, Parts 1 and 2”; 9-15-71, 9-22-71). I liked most of the ones we did with Serena. I thought they were fun, especially when she sang. It was much harder work obviously, but I enjoyed them. [“Hippie, Hippie Hooray,” 2-1-68; “Serena Stops the Show,” 2-19-70). I loved all the ones with Aunt Clara, because Marion [Lorne, who played Clara] always posed such a challenge to get her from one place to another. I mean, it was just amazing. I always loved the ones with the animals, those were fun. Except for the ostrich, it was mean! [“Take Two Aspirins and Half Pint of Porpoise Milk,” 10-21-65]. I liked the one with Mercedes McCambridge and Steve Franken [“Darrin, Gone and Forgotten,” 10-17-68]. What a voice that woman has! The one with Jack Warden was hysterical . . . where I turned him into a poodle (“It Should Happen to a Dog,” 10-1-64]. Jack was great to work with. I would have done four or five more with him. I would like to work with him again, actually. He’s super.”

As Elizabeth saw it, “I’d Rather Twitch Than Fight” (11-17-66), which she called “the Freud episode,” proved particularly insightful into Samantha and Darrin’s marriage:

“Samantha donates Darrin’s favorite sports jacket to Goodwill, which ignites an interlocking turn of events: the Stephens argue, Larry and Louise Tate take sides, and Endora conjures up Dr. Sigmund Freud for answers who ultimate nearly comes to blows with the Tates’ therapist.”

Elizabeth added, “I quite like that episode,” because it allowed for a deeper exploration of Samantha and Darrin’s marriage.

However, Elizabeth may have also been contemplating her real-life marriages when analyzing the segment:

“The marriage was the one thing that witchcraft couldn’t do anything about . . . [Samantha’s] feelings for Darrin…Darrin’s feeling for her. I mean, she could have gone and zapped him into being madly in love [with her] but that didn’t mean he really would have been madly in love with her. Her feelings for him were very profound. She knew where she was coming from. If there was any question as far as how he felt about her, as it would be with anybody [in that situation], there would be self-doubt. What is happening? Is there anything I can do? What have I done wrong? Is there anything I can do right? Has he found somebody else? [These are] all of those things that go through somebody’s normal head if you think something going wrong with a relationship. There [was] nothing that she could do with her witchcraft to cover that up, because down deep, no matter what, she would still be saying I put a spell on him. He says he loves me but I know that spell’s on him. He’s still going to have whatever doubts when the spell comes off. So, that’s phony.”

“Long Live the Queen” (9-7-67), in which Samantha is crowned Queen of the Witches, was also a favorite episode of Elizabeth’s. The scene in which Endora smiles at Samantha right after she receives her crown, also proved insightful into Elizabeth’s off-camera relationship with Agnes Moorehead.

As Elizabeth explained in 1989, “Being Queen of the Witches was just the natural evolution” for Samantha, “There was a great dignity involved with it.”

She then mused that actress Ruth McDevitt, who played the previous queen in the episode, “got bored with it and that was that. “But I did like that episode,” she added. “It was kind of like dress-up time. It was fun. It was like being five years old. I really had a good time doing that… And since there always seemed to be this animosity between [Sam and Endora], we tried to balance that out. Down deep there was a real love and respect [between them]. And it’s funny, because Aggie said to me one day, You know, I really am very proud of you. And I just looked at her and gave her this big ol’ hug.”

As to that smile between Sam and Endora, Elizabeth decided, “That look is very significant as to how we felt about each other” [off-camera].

Other of her favorite Bewitched episodes included (with her comments in quotes):

“The Crone of Cawdor” (“That was really different.”), “My, What Big Ears You Have” (“Those ears!”), “Samantha Goes South for a Spell” (“[Guest star] Isabel Sanford was wonderful!), “Weep No More My Willow” (“That was a challenge!”), “Samantha’s Curios Cravings” (“I love it when Samantha’s standing there eating the head of lettuce”).”

Elizabeth’s concluding general Bewitched memories from 1989 were as follows:

“You have writers, directors, producers, [and] there is a sound [in the dialogue and stories] that you get used to. Also, don’t forget, we got the scripts before we shot them. We just didn’t walk on the set. We always had a reading, unless there was some dire emergency. And we’d say, Wait a minute, does that work? or Could we do this or that? And everybody was available to listen to suggestions. We sat around the table in the backyard on the set most of the time. With special-effects it was very difficult to shoot something in three days. The worst thing you could do was rush it, because if you did, it wouldn’t look right. It got to the point that we should know that that’s the way we were going to do it.”

Elizabeth then joked how Columbia studio production supervisor Seymour Freidman would visit the set with his hands behind his back, “sulking around.” “Keep smiling, Seymour,” she’d tell him. “It’s only money.” To which he’d reply, “Uh huh,” and then leave. “He was doing his job and we were doing ours and the grumbling was just the nature of the beast,” Elizabeth relayed, “But he used to have the craftsman in the back working on his [personal] boat, so I really don’t know what complaint he had about money.”

Of her particular Bewitched experience from an acting standpoint, Elizabeth concluded:

“The better people you surround yourself with, the better everything is. And you see some shows and you say, Why didn’t they take a little bit more time with the supporting cast? And then you realize that maybe somebody got in there and said, Naw – you don’t have to use that person. But that’s wrong. You have to go for the best possible people. It’s like playing tennis. The minute you play tennis with somebody better than you you’re game just rises. It has to. That’s why you gotta’ get people who know what they’re doing.”

On Bewitched, that certainly was the case with Elizabeth Montgomery and, as a result, the television world is a better, more magical place indeed. 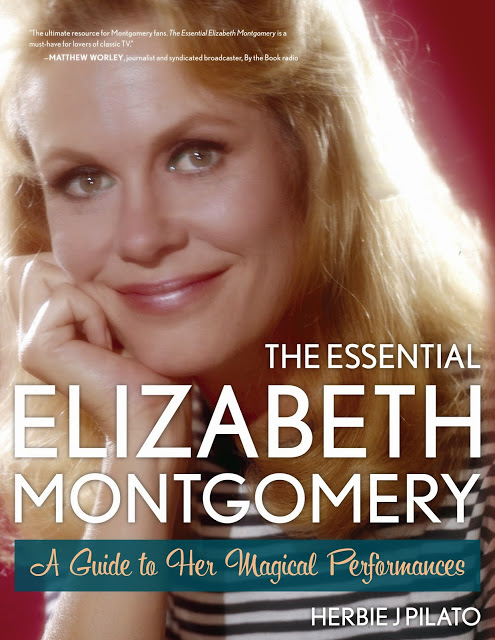 An excerpt from The Essential Elizabeth Montgomery:  A Guide To Her Magical Performances (Taylor Trade Publishing, 2013) by Herbie J Pilato.  Reprinted with permission of the author. 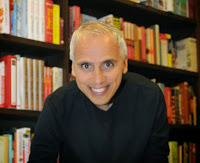 Herbie J Pilato is a writer/producer
who has worked for A&E, TLC, Bravo, E!; Sony, Warner Bros,
NBCUniversal, and other television networks and studios and his
production company, Television, Ink., is geared toward family-oriented
TV, feature film and literary productions.  Herbie J is also the Founder
& Executive Director of The Classic TV Preservation Society, a
nonprofit organization that helps to close the gap between popular
culture and education.  He serves as a Contributing Writer to Larry
Brody’s heralded TVWriter.net, and his other books, include Twitch Upon A
Star: The Bewitched Life and Career of Elizabeth Montgomery, Glamour,
Gidgets and the Girl Next Door: Television’s Iconic Women from the 50s,
60s and 70s, and NBC & ME: My Life As A Page In A Book.
For more
information about his books, please see his Author Page at Amazon.com