I almost told James Marsters that I loved him once.

This was all the way back in the summer of 2003 at Atlanta’s Dragon Con convention. The fifth (and sadly, final) season of Angel was in the middle of shooting so that meant Marsters, attending the con as a guest, was in his full bleached blond Spike glory.

Understand, I had met celebrities before and not just in a fan capacity. I was already a reporter by that point and meeting famous people came with the job, be it actor, musician or politician. The point is, I not only knew how to act around the more famed folk, but was pretty well versed in interacting with them like a normal human being. 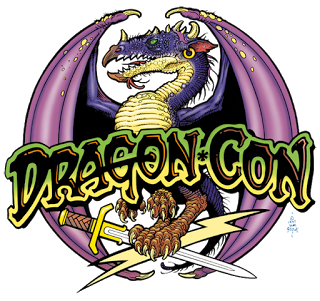 While I was the only dyed-in-the-wool geek in the family, the entire Brennaman clan nerds out for all things Joss Whedon. So hearing that James Marsters was making a stop in Atlanta saw the entire family waiting in line to meet the guy one summer afternoon.

If memory serves, mom was the first up to meet and she handled it like a champ. Shook his hand, told him how much of a fan she was and moved along her merry way.

My brother was up next. Same thing. Big fan, enjoy your work, move along.

Then my dad, then my wife.

Then came my turn.

I don’t really recall what I intended to say, but I know it was going to be a damn site more clever than the fact that I was a big fan and that I enjoyed his work. No shit, right? Why the hell else would I be in line were I not a fan of his work? 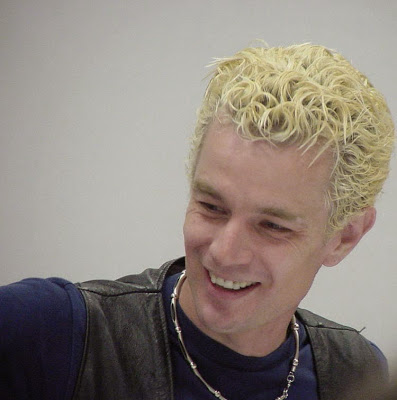 Then the dude looked up at me and smiled and Goddamn if it wasn’t the single most charismatic smile on the planet. I’d seen smiles before sure, but never one like that. And no, it didn’t stir any latent-til-then-deeply-buried feelings. It was just…

You know what it was?

It was the Platonic ideal. Like every smile I’d seen up until that moment was just the shadow of this one, true smile.

And understand, I actually mouthed the first two words.

Looking back, it seems like a legit out of body experience.

Time seemed to slow down as I formed each word and it was only because of that perceived slowing of time that I was able to catch myself.

He nodded his head, extended his hand and we shook.

I stood there awkwardly for a second longer than I should have, then turned and walked away.

For years, I was ashamed by this faux pas.

In fact, for the longest time I never told anyone about it. Now though, I tell the story all the time. I mean, it’s funny. Despite this one tale of botched celebrity interaction I do, in fact, tend to handle myself like a pro.

Slowly, as the years went by, that sense of shame turned to amusement. And that amusement? That’s turned to regret.

Because that story about almost telling James Marsters that I loved him? It would have been a whole lot funnier had I actually done it.