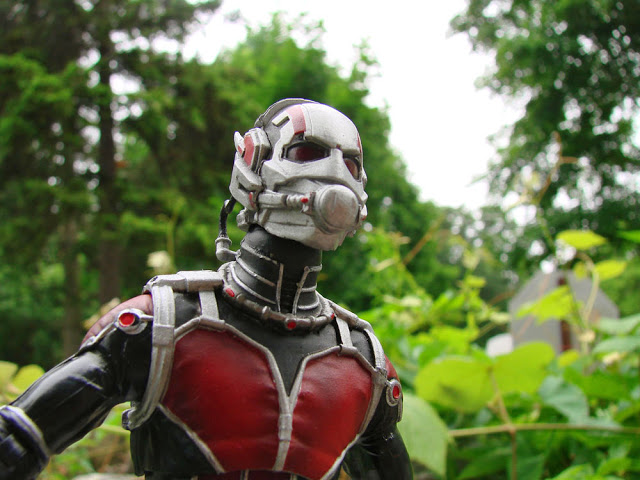 With the uncanny ability to shrink in size and increase in strength, Ant-Man is poised to infiltrate the Marvel cinematic universe on July 17th, in his own feature film. And now Diamond Select Toys, marvelshop.com and the Disney Store are poised to release an exclusive Marvel Select action figure based on his film appearance!

Only available through marvelshop.com and the Disney Store, this new Marvel Select collector’s action figure of Unmasked Ant-Man measures 7 inches tall and comes with an exclusive interchangeable unmasked head of Scott Lang! It also includes a masked head, six interchangeable hands, and a tiny, 1.75-inch version of Ant-Man in his shrunken form! The figure was sculpted by Gentle Giant Studios, with 16 points of articulation, and comes in display-ready packaging with movie artwork down one side, for handy shelf reference. 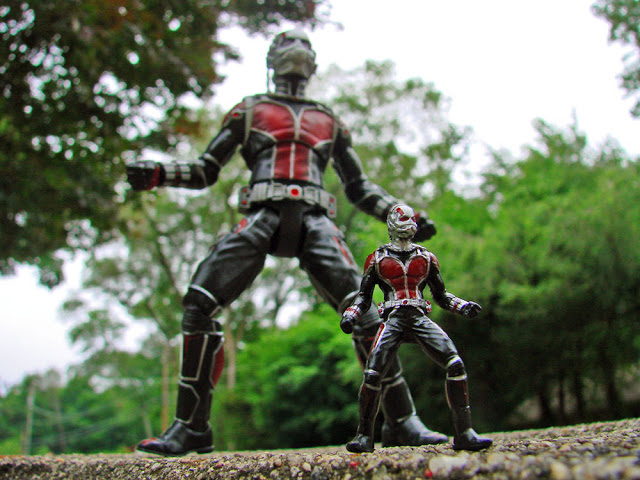 Pre-orders open on June 22 at marvelshop.com, disneystore.com, and disneystore.eu. The figure will ship to customers later in July, at which point it will also be made available at Disney Store locations across North America and Europe. 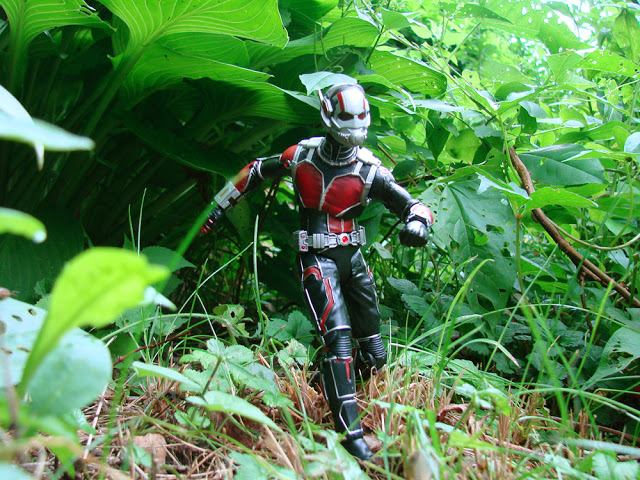 Scott Lang first appeared in Marvel Comics as the thief who stole Dr. Hank Pym’s Ant-Man costume, planning to use it to commit crimes before becoming a hero and Avenger in his own right. In the new Ant-Man movie, Lang (played by Paul Rudd) and Pym (Michael Douglas) team up to prevent the Ant-Man technology from falling into the wrong hands. Unmasked Ant-Man joins previous marvelshop.com and Disney Store exclusive figures Hulkbuster Iron Man, Avenging Hawkeye, Mighty Thor, Unleashed Hulk, Superior Spider-Man, Unmasked Captain America, and Bleeding Edge Iron Man. All are currently available on marvelshop.com, disneystore.com and disneystore.eu! 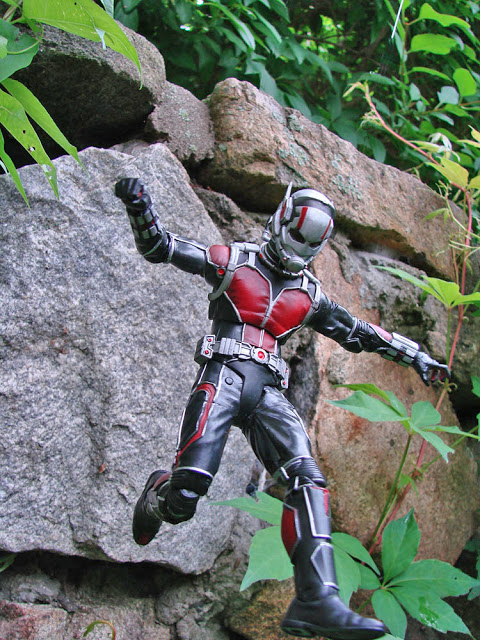