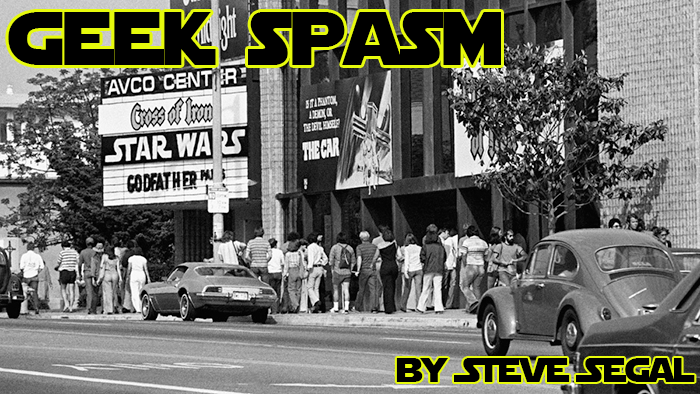 It takes more than being the resourceful and loving head of a family to become a Great Movie Dad — the truly great movie pops are defined not only by their actions and influence, but also by their offspring.

The unemployed father of Bicycle Thieves is often listed by critics as one of the Great Movie Dads, but his actions wouldn’t seem so heroic if his kid wasn’t so gosh-darned adorable. Mister Parker in A Christmas Story wouldn’t be nearly as memorable if we didn’t care about his boys Ralphie and Randy. Jor-El’s sacrifice in Superman wouldn’t feel so heartbreaking if we didn’t idolize his son Kal-El.

With this in mind, and in anticipation of the annual celebration of dear ol’ dad next Sunday on Father’s Day, let’s take a stroll through the Geek Spasm gallery of moviedom’s most memorable patriarchs. 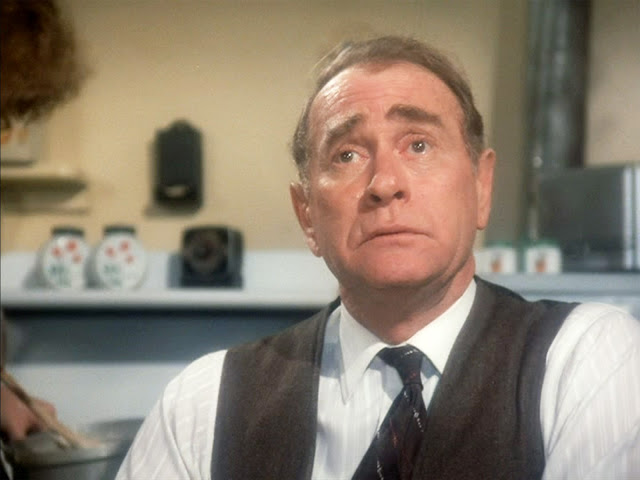 Mr. Parker aka The Old Man has a propensity for grumpiness and a tendency to spew out obscenities when frustrated, he hates the neighbor’s nuisance dogs, and he has a terrible weakness for the soft electric glow of a prized leg lamp. Even so, Mister Parker is solid as a rock, is a handy fix-it man, always provides for his family, and ensures that his firstborn son Ralphie has his best Christmas ever by gifting to him a much-wished-for Red Rider BB gun. Selflessly, dad gives credit for this to Santa Claus.

Atticus Finch (To Kill A Mockingbird) 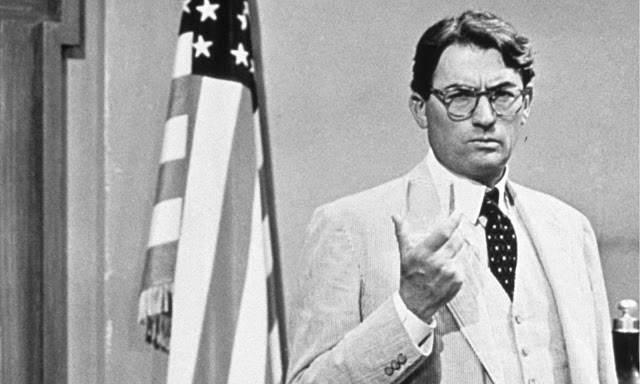 Atticus Finch has his hands full as both a single father and an upstanding lawyer defending a wrongfully accused black man on trial in the old South. In a bygone time of segregation and racial turmoil, Finch teaches to his young children the value of standing up for what’s right and just—even in the face of prejudice and enormous odds. 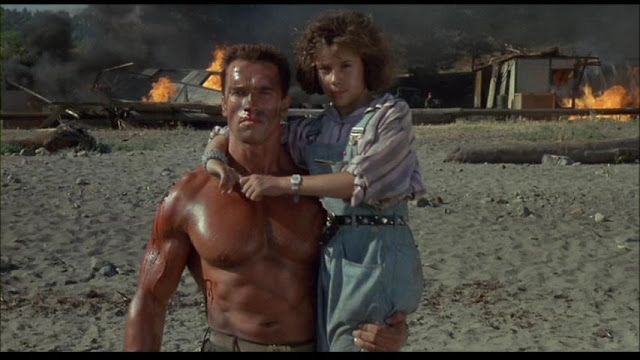 Long before Bryan Mills and his very special set of skills tore up Paris and dispensed with assorted Eurotrash villainy in Taken, Arnold Schwarzenegger’s John Matrix single-handedly took on the evil twin of Freddie Mercury and a cadre of mercenary thugs in order to rescue his kidnapped daughter.

Peter Pan has grown up to become a workaholic killjoy named Peter Banning, but when Captain Hook kidnaps his two young children, Peter returns to Neverland to rescue them. But first, he must reclaim his lost youth and remember how to fly. Biggest test of his fatherly strength: enduring the waxing procedure he obviously underwent in order to make his hairy body smooth (filmed in the final days before CGI took over movie special effects, naturally hirsute Robin Williams’ bare skin is no mere optical illusion). 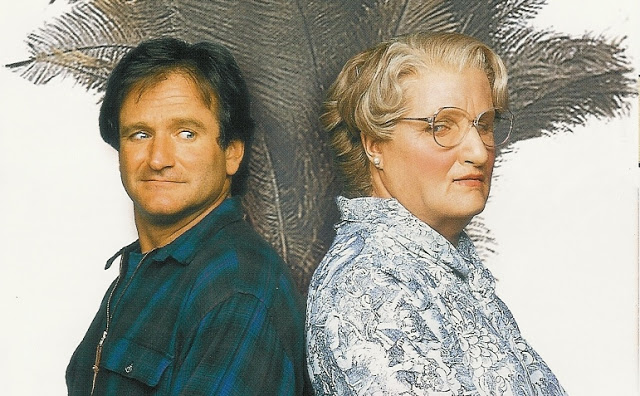 The Hillards are splitting up, but dad is so determined to stay with his three children he disguises himself in humiliating drag as a dowdy old English nanny. Mom is so distracted by her new beau she cannot figure out why the nanny looks and sounds so familiar. Highlighted by one of Robin Williams’ best comedic performances, the movie also takes a surprising end turn by not sugarcoating the topic of divorce. 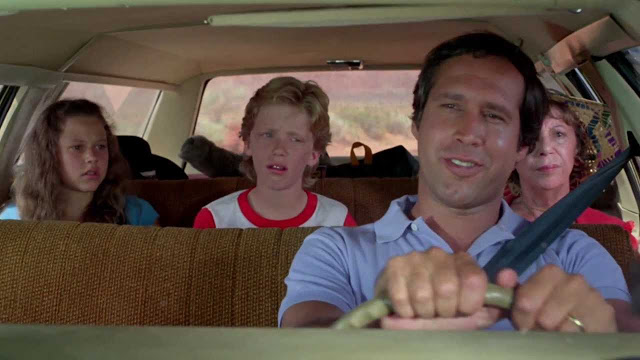 Endearing doofus Clark won’t let anything spoil his dream vacation to take his wife and kids to Wally World: not wrong turns into scary neighborhoods; not a crotchety old aunt who dies in the back seat of their car; not an eleventh-hour family mutiny; not even an unannounced and totally unacceptable park closure. Later, in a string of sequels, Clark stumbles his way through Europe, delivers a festive Christmas celebration and then takes the Griswold clan to Las Vegas. That’s four big-screen appearances so far—a cameo in the upcoming sequel/reboot starring Ed Helms will mark his fifth stint—making Clark W. Griswold one of the most prolific movie dads in contemporary cinema. 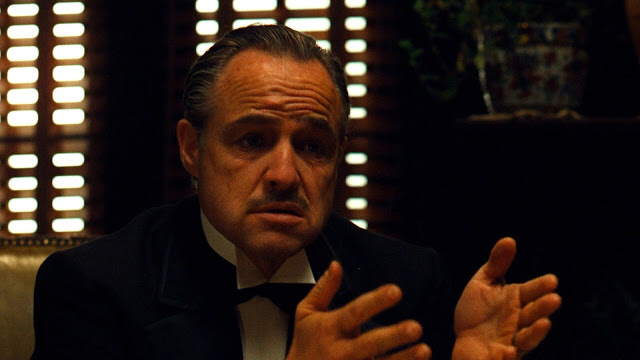 Don Corleone is a man so dedicated to protecting his family that he whacks a local Mafioso instead of caving in to his extortion demands. From there, Vito ascends to the upper echelon of the New York underworld, earning the respect of his neighborhood, purchasing the loyalty of law enforcement and politicians, and instilling fear into the hearts of men who would dare oppose him. Anyone who threatens his family or the family business is first given an opportunity to accept an offer they really oughtn’t to refuse—or they’ll be sleeping with the fishes. 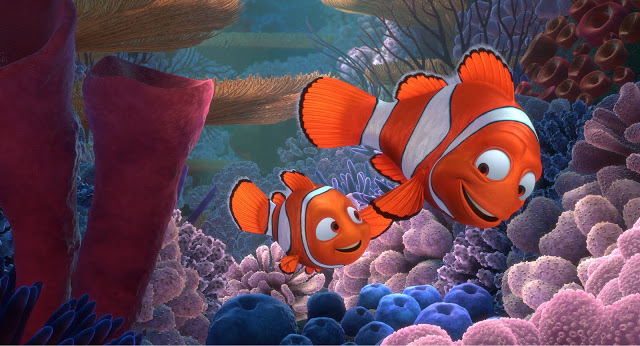 Marlin has been so overprotective of his only son Nemo that he’s barely allowed the young fish to explore the ocean outside their anemone, but when Nemo is captured by a diver, Marlin overcomes his fear of everything to find and rescue him.

In order to save the world from a petulant super villain with a rejection complex, retired super-strong superhero Mister Incredible must get back into the game…after whipping himself back into fighting shape, that is. The big twist here is that it’s Mr. Incredible’s wife and kids who must come to his rescue. Together, they prove a nuclear family is the strongest bond in the universe. 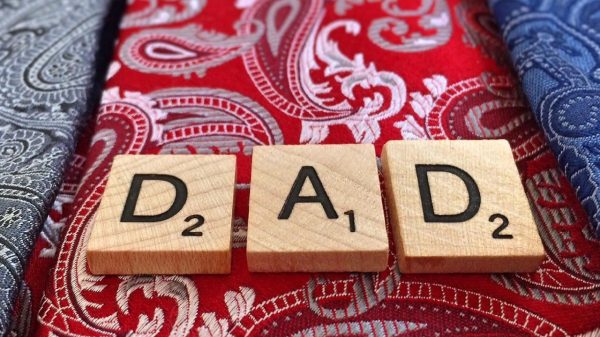