ShareTweet
DYNAMITE PROUDLY ANNOUNCES SEPTEMBER 2015 RELEASE OF THE ART OF JOSE GONZALEZ, A CAREER RETROSPECTIVE OF THE PREMIER VAMPIRELLA ARTIST 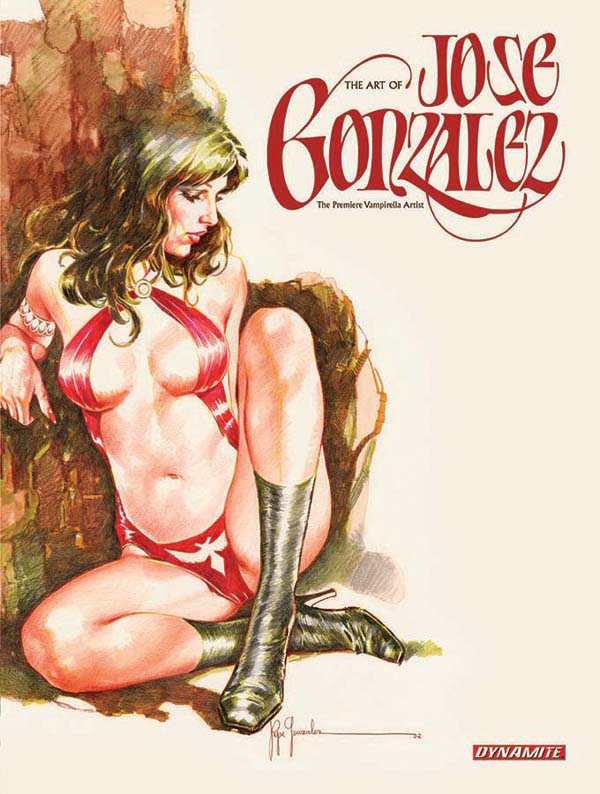 Dynamite Entertainment is proud to announce that acclaimed artist Jose “Pepe” Gonzalez will be the subject of a career retrospective in the upcoming September release of The Art of Jose Gonzalez, a 250-page hardcover collection of his illustrations from fantasy and horror comic books, commercial advertising, personal commissions, and more. Narrated by author, artist, and historian David Roach (The Warren Companion), the massive tome also features an introduction by fan-favorite painter Joe Jusko.

Writer David Roach says, “Jose Gonzalez is widely regarded as the definitive Vampirella artist, and his run on the strip from 1971 to 1983 is, for many fans, one of the high points in the character’s long and illustrious history. He is justly famed for his exquisite and provocative drawings of beautiful women, including not just Vampirella, but the glamorous movie stars of Hollywood’s Golden Age, particularly Marilyn Monroe. Gonzalez was far more than just a comic book artist; he was an inspired and prodigiously gifted illustrator whose work was printed around the world, although very little has been seen by his fans up until now. The Art of Jose Gonzalez is the culmination of more than 30 years collecting on my part, and I have scoured the world for rare book covers, illustrations, and unpublished artwork to compile what I hope will be seen as a comprehensive tribute to a great but enigmatic artist, much of whose life and art has been hidden until now.” 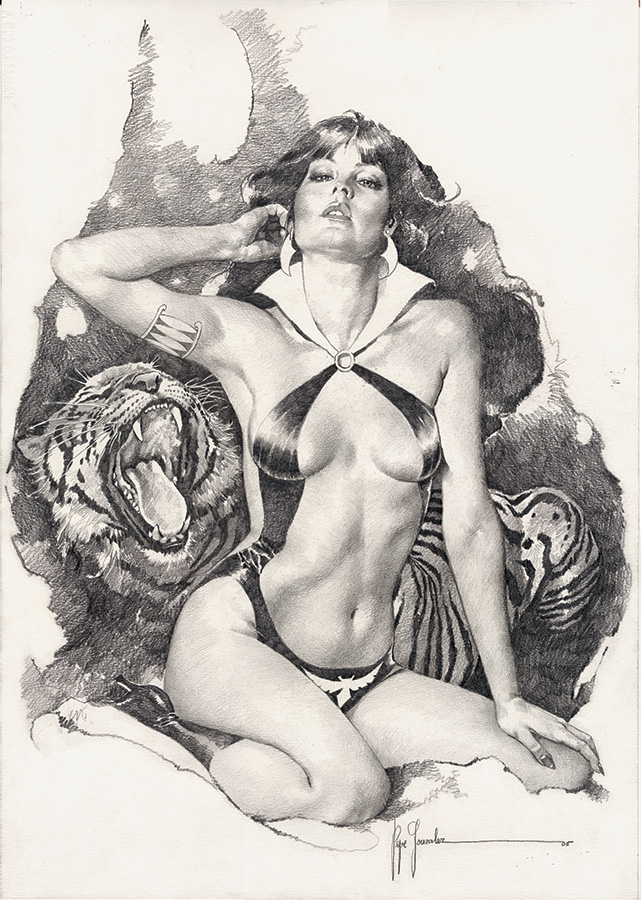 For nearly two decades, Jose Gonzalez was hailed as the premier Vampirella artist, drawing the fiery vixen for Warren Publishing in the Seventies and Eighties. Renowned for bringing to life the most beautiful women the art world has ever seen, Gonzalez’s career spans from drawing British romance comics to movie stars, book covers to commercial advertising. For the first time ever, author David Roach covers Gonzalez’s entire career, transcending his vast body of Vampirella work to explore the full breadth of the master’s creations. 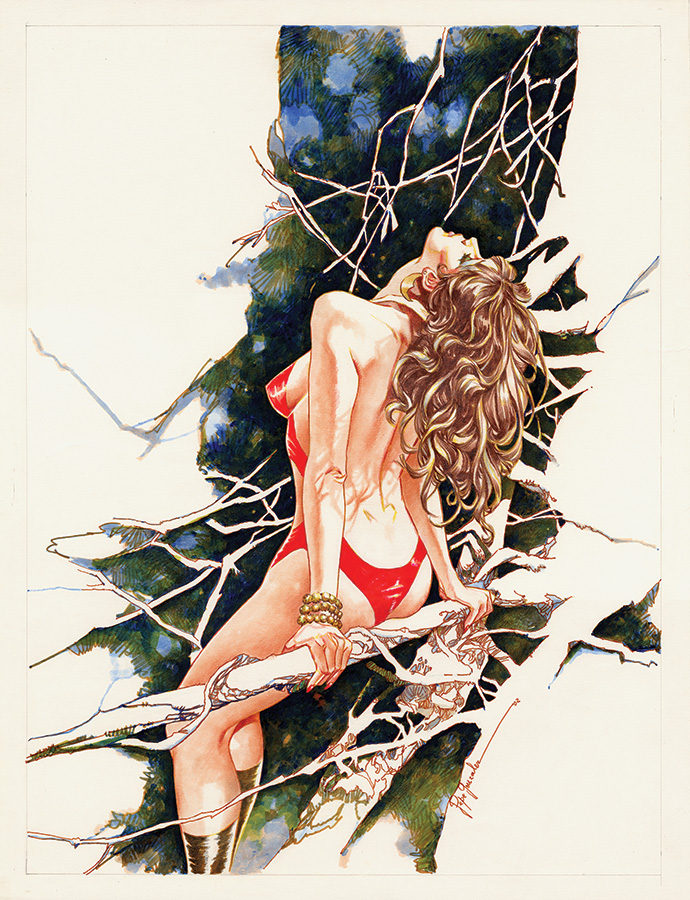 “The book features artwork from all periods of Jose Gonzalez’ life and career, from his prodigious childhood drawings to the private commissions of his later years with artwork sourced from some of the world’s leading collections,” says Roach. “His work on Vampirella is celebrated by chapters covering his legendary Frontis drawings and the best of his private commissions, most taken from the original artwork. It will also include three of his finest Vampi strips: ‘Return Trip’ and ‘Spawn of the Star Beast’ (both printed from the original art), along with the legendary lost Vampirella strip, ‘The Wrathmore Curse’, never-before-printed in America. 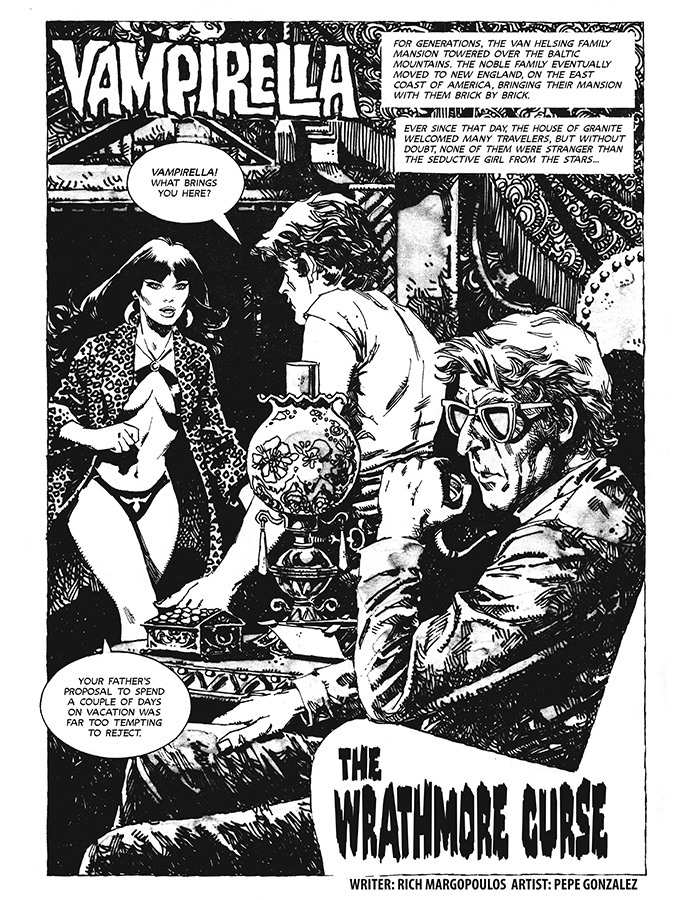 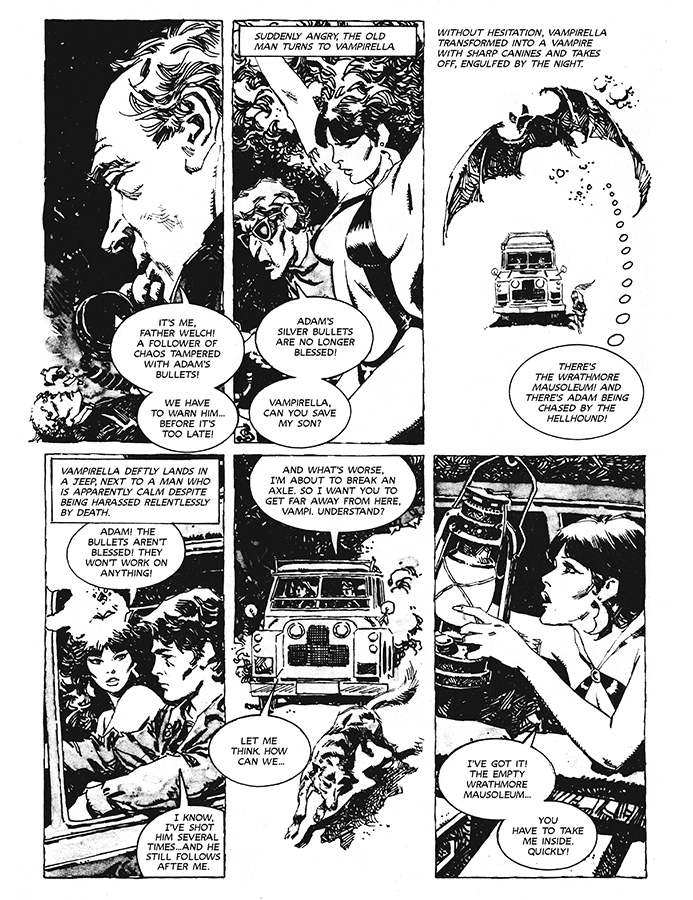 But before finding acclaim in the United States, Gonzalez had spent the previous decade as one of the leading romance artists in Britain and the book collects together the very finest pages from this little-known and hard-to-find period. 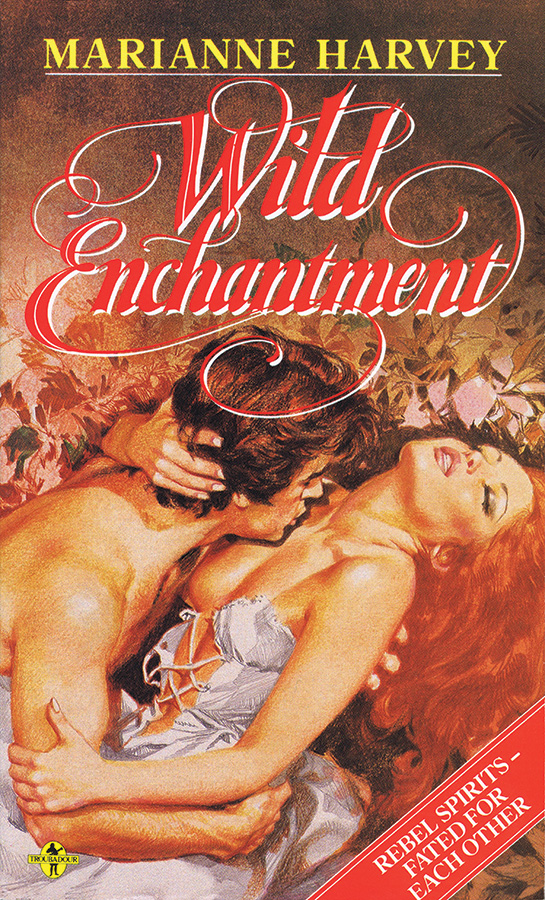 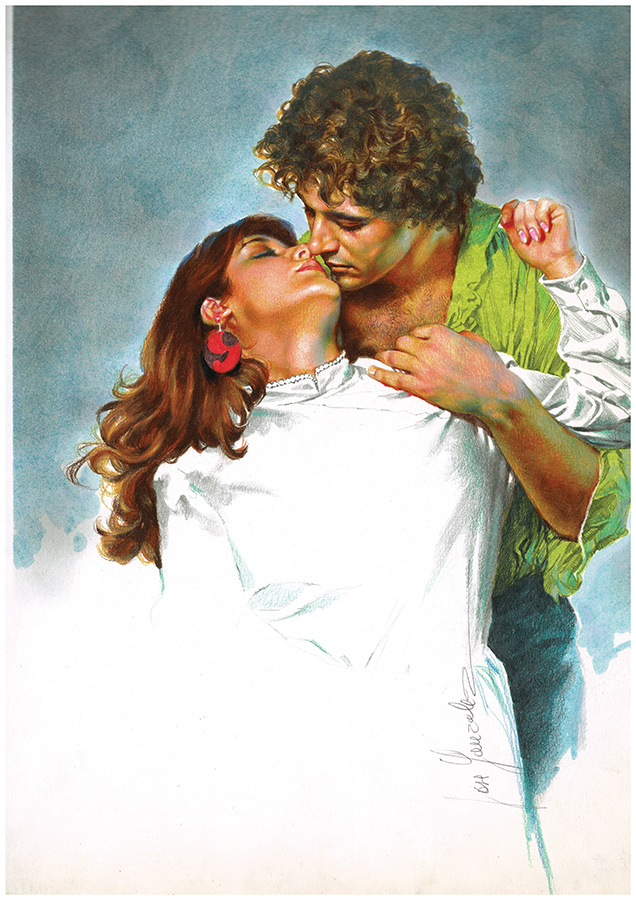 Later on, the artist turned towards illustration, creating a series of astonishing movie star portraits, book covers and personal drawings for his native Spain and across Europe. These illustrations — much of them featuring his trademarked beautiful women — reveal him to be among the very finest illustrators of his generation, ranking him alongside such American greats as Robert McGinnis, Gil Elvgren, and Coby Whitmore… and will come as a revelation to even his most devoted fans. The final chapter is a lengthy gallery section featuring the unpublished artwork I was lucky enough to find from private collections across Europe and America; it includes many of the best commissions he drew for collectors and the cream of his astonishing fine art drawings taken from his three solo exhibitions. 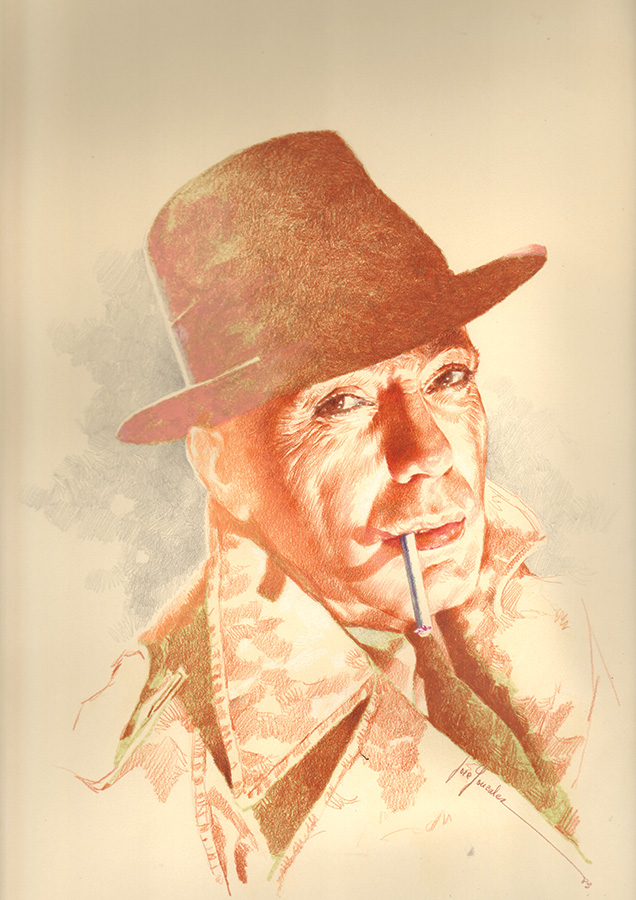 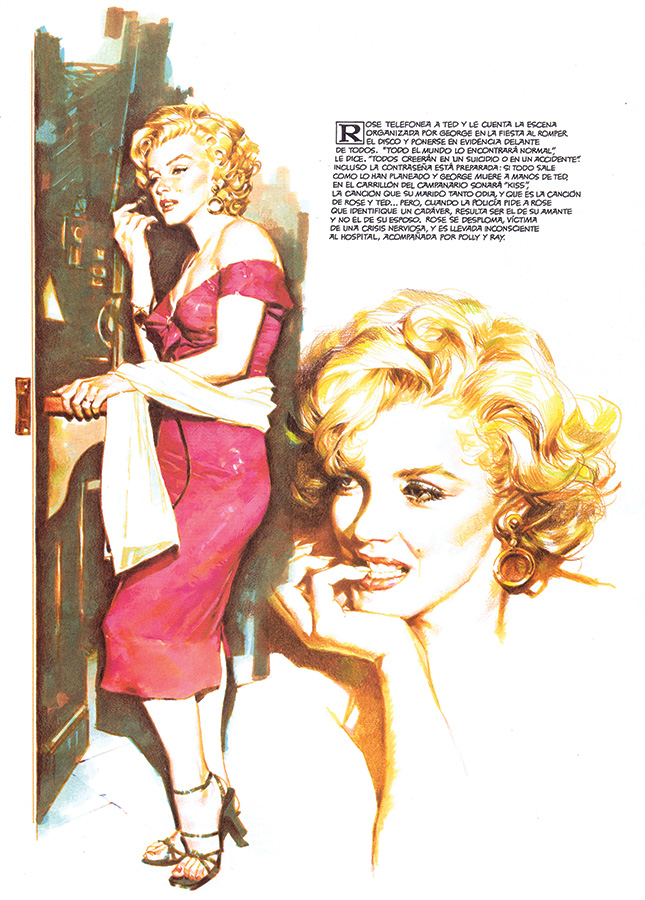 “I have been a Gonzalez obsessive for almost 40 years and had built up what I thought was a truly comprehensive collection of his work, but the process of compiling the book has been a revelation to me, and I feel will be for his fans, as well. I simply had no idea of the sheer breadth and quality of his artwork and hopefully the book will spark a major reassessment of the artist’s work. While compiling the visual elements of the project, I have also spoken to many of his friends and colleagues from the Golden Age of Spanish comics and the legendary Warren magazines, resulting in a comprehensive biography of a truly extraordinary man. Gonzalez was almost universally regarded by his peers as a genius, seemingly able to draw with any materials he picked up and with the ability to create incredibly realistic portraits entirely from memory. He was also a talented performer, singer, and lover of nightlife with scant regard for convention… or deadlines! In life and art, Jose Gonzalez was truly unique. As a fan, as well as a comic book artist myself, I have been determined to put together a fitting tribute to a great talent and in many ways the book is the culmination of a lifelong obsession which I hope will thrill long-time Vampirella fans along with lovers of great drawing and pin-up art.” 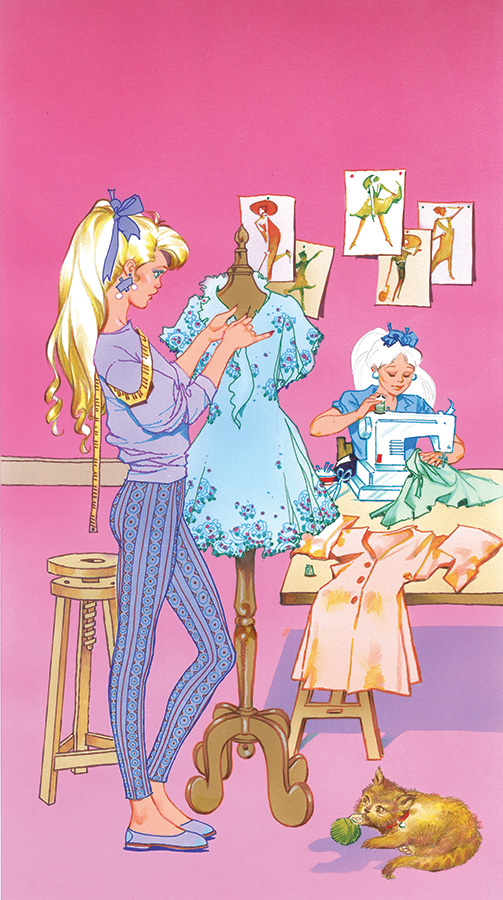 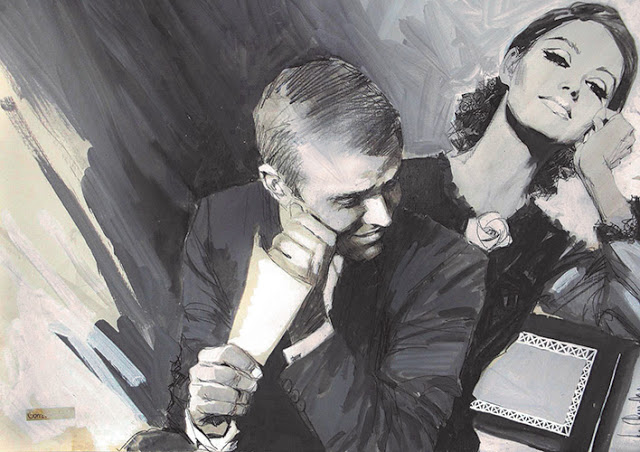 The Art of Jose Gonzalez will be solicited in Diamond Comic Distributors’ July Previews catalog, the premiere source of merchandise for the comic book specialty market, corresponding to items shipping in September 2015. Comic book fans and art aficionados are encouraged to reserve copies of The Art of Jose Gonzalez with their local comic book retailers, bookstores, or online retailers. 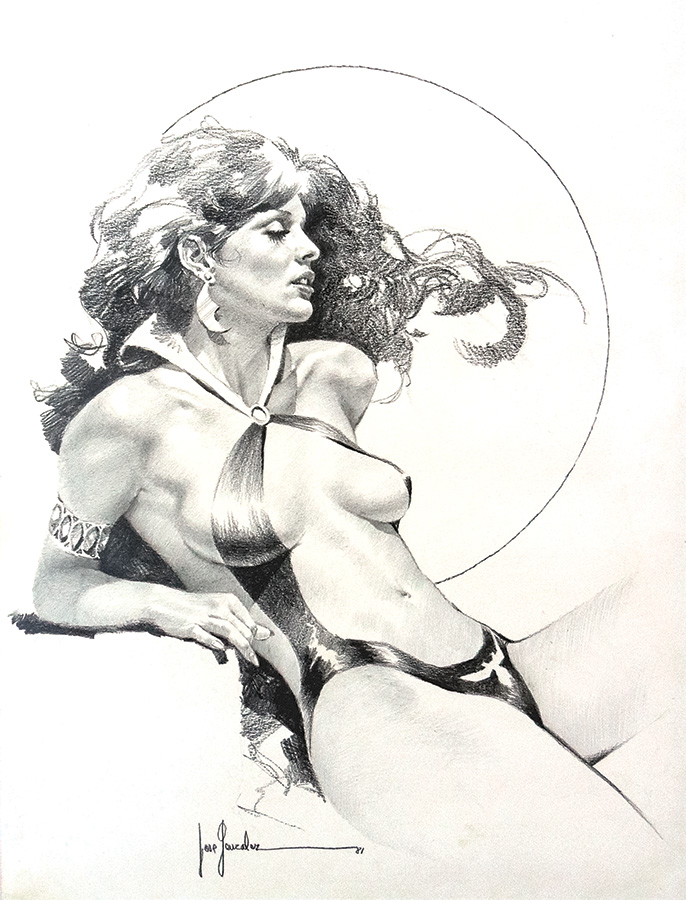